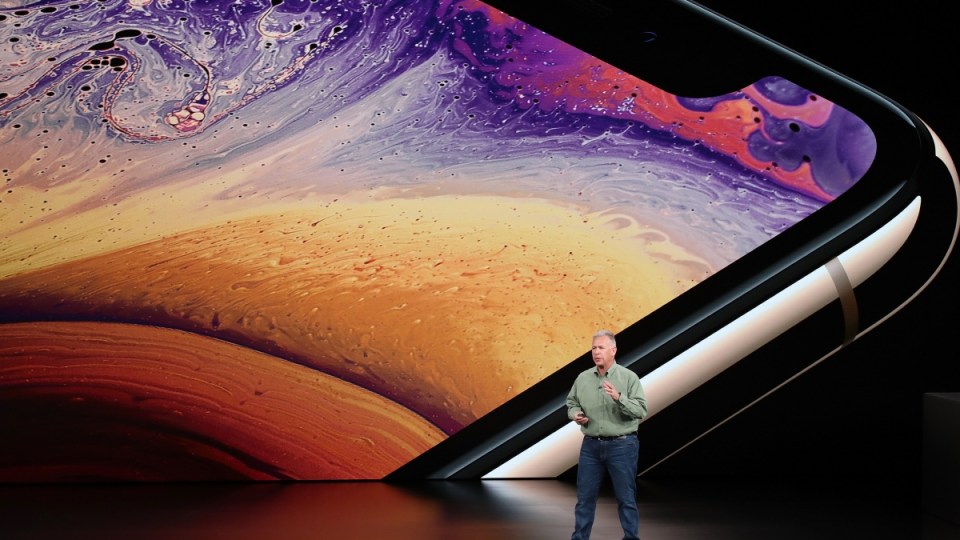 Apple has unveiled its next generation of iPhones, including its biggest and most expensive model to date.

The tech giant revealed three new iPhone models and the long-anticipated Apple Watch Series 4, on Wednesday at the Steve Jobs Theater in Cupertino.

The three new models are named XS Max for the top variant, XS (next level) and XR entry-level version.

The iPhones XS and XS Max come in three different colours: gold, silver and space grey, and the devices are the most dust and water resistant to date, with a glass finish that is the most durable glass ever on a smartphone.

But in what Apple’s chief executive Tim Cook described as “the most advanced iPhone ever,” the focus of the new product range was on the powerful A12 Bionic chip that will power the new iPhone range.

“What the team has done is truly, truly a breakthrough,” Apple’s Senior Vice President of Worldwide Marketing Phil Schiller said.

“The A12 bionic is the industry’s first seven nanometre chip,” he added.

The 6.5-inch XS Max has a screen with a “super retina” edge-to-edge OLED display with richer colours, and is even bigger than Samsung’s famously large Galaxy Note 9.

The 5.8-inch XS has a OLED display and is similar to the iPhone X but with an improved processor.

The 6.1-inch XR is made from aluminium and glass showing a liquid retina display, with an iPhone X-style edge-to-edge screen, which is halfway between the iPhone 8 and iPhone X.

The latest models are mostly defined by spec upgrades, including a display with better dynamic range, wider stereo sound from the speakers, and speed increases to Face ID.

The dual 12-megapixel rear cameras on the iPhone XS models will let users alter background blur on images, deploying a mode called Smart HDR that would use artificial intelligence to identify scenes.

The phones come with iOS 12 introducing new Augmented Reality (AR) experiences, Siri Shortcuts to give any app the ability to work with Siri and new privacy features to help protect users from being tracked on the web.

The iPhone XR comes in six colours: white, black, blue, yellow, coral and red, it starts from $1229 for a 64GB device – it can be pre-ordered on October 19, with shipping expected on October 26.

The Apple Watch Series 4 was revealed as a world-first “groundbreaking smartwatch”, offering an electrocardiogram feature for the first time that can measure users’ heart rhythms to detect signs of atrial fibrillation.

Mr Williams, who introduced the next-generation smartwatch, said the company had completely “re-engineered” the watch, to become a medical device approved by America’s Food and Drug Administration.

“The completely redesigned Apple Watch Series 4 continues to be an indispensable communication and fitness companion, and now with the addition of groundbreaking features, like fall detection and the first-ever ECG app offered directly to consumers, it also becomes an intelligent guardian for your health.”