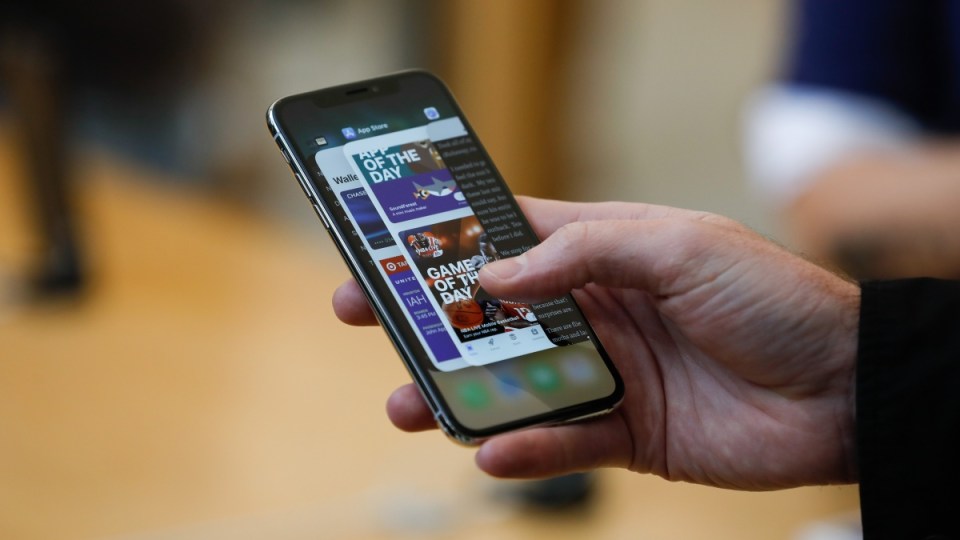 Apple is rumoured to unveil its latest iPhone XS model at its special event in California this month. Photo: Getty

Technology in Apple’s iPhones has been slammed as “obsolete”, as the company was forced to pull defective phones off the shelves.

The tech giant announced last week it had identified a manufacturing defect in its iPhone 8 models that was causing some of them to malfunction.

According to Apple, affected models were sold between September 2017 and March 2018 in Australia, China, Hong Kong, India, Japan, Macau, New Zealand and the United States.

The disclosure comes a week before the company’s major product event on September 13 (AEST) at the Steve Jobs Theater in Cupertino, California, where the tech giant is rumoured to unveil its new iPhone XS model among other products.

According to well-known Apple leak site 9to5Mac, the new phone is rumoured to come in two sizes, with the premium model set to have an OLED screen, with customers being able to buy it in gold – a colour that’s never been offered before.

But tech experts are urging consumers not to rush out and buy the latest model just yet, saying phone technology was quickly becoming obsolete and the company had lost touch with its customers.

“If the rumours are true then it just shows how unfair this is to consumers who just bought the latest iPhone X recently,” Dr Barnet said.

“Apple’s innovation cycle has become quicker in recent years and it’s because they’re trying to keep up with their competitors.

“But the issue is that we know for a fact that they will have to include 5G technology in their upcoming models as the rollout begins across Australia.”

“I know it’s hard to convince Apple diehards to wait, but I would recommend to sit tight and wait a few months for more innovative inclusions.

“I don’t think it’s fair to consumers to have to buy the latest phone every 12 months. Phones are clearly not engineered to last five years any more as their technology is becoming obsolete.”

Professor Harmen Oppewal, head of marketing at Monash University, said Apple were changing the way it advertised its products.

“Apple seem to be less consistent with their marketing and they are focused on iOS products versus upgrading their MacBooks,” Professor Oppewal said.

“The phone market has become saturated and Apple are trying to keep up with companies such as Samsung, who are doing really well.”

Associate Professor Sean Sands, consumer expert at Swinburne University, told The New Daily Apple had lost its flair for innovation and exclusivity as a tech company.

“What Steve Jobs really brought to Apple was his passion for the end user experience, but that’s really shifted over the years and we’re seeing Apple become like all the other tech companies out there,” Professor Sands said.

“I think consumers should wait before buying the latest iPhone because we’ll most likely see the price drop within a few months.”

What to possibly expect at Apple’s event

Before its special event, Apple typically sends out a cryptic invitation that often contains clues about its latest product reveal.

Hours after the invitation landed, Apple fans were sent into a frenzy on social media, speculating what the gold ring (pictured) alluded to.

According to The Sun, a report by China’s Economic Daily News claims that two of the three 2018 iPhones expected at the launch, will support the Apple Pencil – a feature the late Apple founder Steve Jobs loathed.

In addition to the iPhone XS, 9to5Mac also revealed the tech giant was rumoured to reveal its new Apple Watch at the event.

The biggest change is the all-new edge-to-edge display. It is set to have 15 per cent bigger displays for both sizes of the watch.

Ming-Chi Kuo, known as one of the most reliable sources for Apple rumours, said in July would come in a “plethora” of colours.

The 6.5-inch phone will supposedly be offered in black, white and gold, with the entry-level 6.1-inch LCD iPhone debuting in grey, white, blue, red and orange.

This alludes back to the iPhone 5c era in 2013, when Apple rolled out cheaper iPhone models in green, blue, yellow, pink and white.

Other rumoured products to be unveiled at the event include the latest iPad Pro and the possibility of new MacBook models.