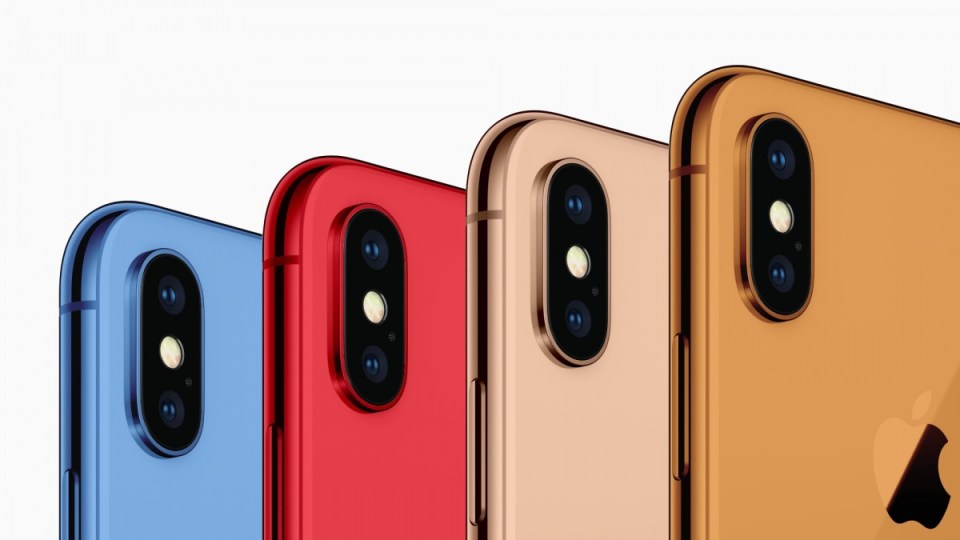 The new iPhone models are rumoured to come in six colours. Photo: 9to5mac

Apple could be planning to introduce at least five colour options for its new iPhone models, according to a report from a renowned analyst.

In a report seen by 9to5Mac, released on Thursday, Ming-Chi Kuo, known as one of the most reliable sources for Apple rumours, claimed the 2018 model iPhones would come in a “plethora” of colours.

The 6.5-inch phone will supposedly be offered in black, white and gold, with the entry-level 6.1-inch LCD iPhone debuting in grey, white, blue, red and orange.

This alludes back to the iPhone 5c era in 2013, when Apple rolled out cheaper iPhone models in green, blue, yellow, pink and white.

According to Kuo’s report, the reference to the grey and white models could be a nod to Apple’s current Space Grey and Silver finishes, while the rumoured red model could arrive as part of Apple’s product lineup.

In April, prototypes were leaked by tech forum FCC ID, showing images of the gold iPhone, adding further speculation to the rumour.

There’s no word yet as to whether the 5.8-inch iPhone X will be offered in any new colour variations.

Kuo also made a prediction for iPhone sales, saying he expected the cheaper LCD iPhone to account for 55 per cent of sales when the new iPhones launch.

It’s clear Kuo is expecting a surge in demand and expects Apple will see significant growth with sales of 70 million iPhones in the fourth quarter.

Apple released its second public Beta version of iOS 12, the next update to Apple’s mobile operating system, giving non-developers a chance to test the software ahead of its upcoming release later this year.

Apple announced last month at the company’s annual World Wide Developers Conference in San Francisco that iOS 12 would include Screen Time – a new feature that tells users how long they’re spending on the device – and new options for Do Not Disturb mode.

According to Forbes, the latest update has resolved some bug issues including allowing Airpods to now pause on playback and CarPlay to connect to enabled devices.

Other fixes include spam calls and text messages no longer displaying a blacked out message and several issues with third-party apps including Twitter and Skype seem to have been resolved.

Unfortunately, the screen time is still buggy with a lot of unexpected behaviours around monitored devices.

Even though the iOS 12 Beta update is available to the public, it’s better to exercise caution before downloading as its still in its testing phase with developers.

But for those who can’t wait that long, Digital Trends explains how to install it correctly.

First, make sure your device is capable of running the iOS 12 beta. Like iOS 11, iOS 12 is only compatible with 64-bit devices — which means 32-bit devices like the iPhone 5 won’t be able to run the update.

Also, remember to back up your device’s data, that way you can revert the phone back to its original state in case there are any issues.

To download the Beta software, go to beta.apple.com while on your device tap “Get started.” You will then be asked to enrol your device which will require signing in with your Apple ID. Afterward, you have to download the configuration profile.

Once the Beta profile is downloaded, head over to Settings > General > Software Update. You’ll then be able to tap Download and Install, which will prompt you to enter your passcode.

After agreeing to the terms and conditions, your device will begin to download the beta. After the download is complete and your device reboots one more time, you will officially be running iOS 12.

iOS 12 will be available for iPhone 5s and later, iPad Air and iPad Pro models, fifth and sixth generation iPads, iPad mini 2 and later and sixth-generation iPod Touches in September.

Apple rumour: iPhones will come in a ‘plethora’ of colours