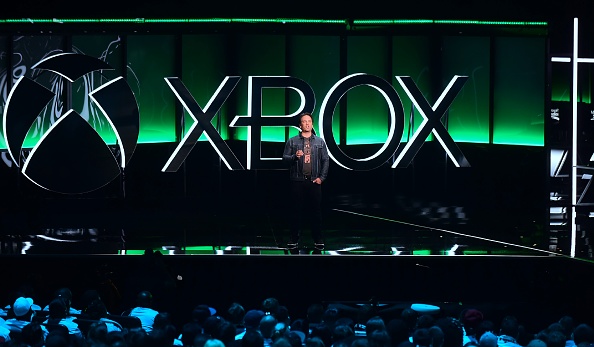 Microsoft has hinted at the release date for a new version of its popular Xbox game console, confirming it could arrive as early as November 2020.

The announcement was made at the annual gaming and entertainment convention E3 in Los Angeles, California, where executive president of gaming Phil Spencer said Microsoft engineers were “deep into architecturing the next Xbox consoles”.

Codenamed ‘Scarlet’, it is believed engineers are actually working on a number of Xbox devices, which point to the resurrection of the company’s previously shelved Project Hobart – a streaming device that would allow a user to stream gaming content from their Xbox to any TV in the house.

The news of a new Xbox console comes as a surprise, considering the last update to Microsoft’s current console, the Xbox One X, was made in November 2017 – 15 months after the release of the Xbox One S, and four years after the original Xbox One debuted.

This direction indicates future game console releases will break from the six-to-eight-year cycle Microsoft and Sony have previously adhered to; the latter releasing the PS4 Pro only three years after the PS4 (2013).

Adopting a shorter release schedule will also allow companies to make hardware upgrades to components without having to design a brand new console – a concept that has allowed smartphone manufacturers to update handset models with rapid pace.

A new release schedule also means hardware manufacturers can prepare for the next era of gaming.

While Spencer has hinted at the idea for the past few years, further comments at E3 indicate Microsoft’s plans for the direction of its gaming ensemble.

“Our cloud engineers are building a game-streaming network to unlock console gaming on any device,” said Spencer, referring to a service that allows players to login and choose a game from a library of options, which they can then play across a variety of devices – console, PC and mobile.

Microsoft currently offers an Xbox service called Game Pass, which allows users to download and play select games on their console for a set monthly fee. A streaming game service would forgo downloading individual games in favour of simply playing directly via a single interface, no download required.

Yves Guillemot, CEO of game publisher Ubisoft, echoed the sentiment of the Microsoft brass with these comments: “With time, I think streaming will become more accessible to many players and make it not necessary to have big hardware at home. There will be one more console generation and then after that, we will be streaming, all of us.”

Chances are this new Xbox will be a big step in this direction.

The development of a new Xbox so soon after the release of the Xbox One X appears to be a clear move to claw back sales lost to Microsoft’s competitors, with Spencer’s comments playing out as an effort to reassure the gaming community the company still has its eye on the ball.

In May, an executive from game publisher, EA, unwittingly disclosed console sales figures while addressing investors; indicating that Sony’s PS4 console sold more than twice that of Microsoft’s Xbox One – 73.6 million to 29.4 million respectively.

Despite the Xbox One X featuring superior hardware to the PS4 Pro – 6 teraflops of graphics power for 4K gaming, 4K Blu-ray and HDR support, compared with 4.2 teraflops of power and 4K gaming only, respectively – a lack of 4K HDR game titles has given gamers little incentive to upgrade.

Microsoft teases the next Xbox console, hints at release date