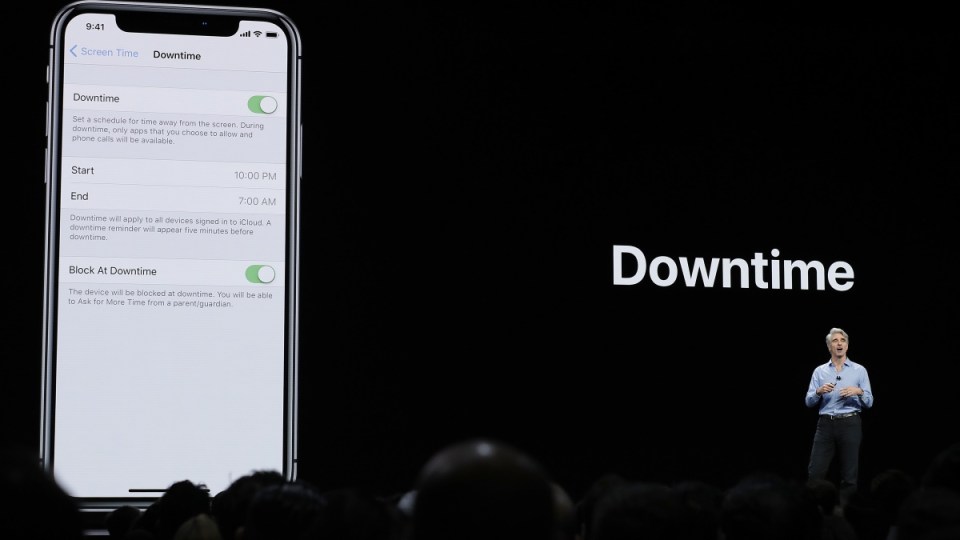 Apple has vowed to help people kick their iPhone addiction with new tools to help them use their devices less. Photo: AAP

Apple has unveiled new features to cure you of your iPhone addiction as part of its latest iOS 12 update.

During its 2018 Worldwide Developer Conference in San Jose, California on Monday local time, Apple showcased tools aimed at helping iPhone users kick the habit of constantly checking their devices, with new software that discourages phone use.

The updates come after Apple faced backlash from investors and iPhone users over concerns about its devices becoming increasingly addictive and distracting for children.

Among features to make iPhone’s faster and more responsive, Apple senior vice president Craig Federighi introduced a new tool to help users monitor how much time they spend on their device and in certain applications.

The new software will let iPhone customers track their activity by day, week or month and see which apps they are using most, and even set a limit on how much they can use their phone.

The feature will cut users off from their iPhones when their limit is reached and can be synced across multiple devices.

Mr Federighi also unveiled the device’s improved “Do Not Disturb” mode, which will block notifications during bedtime and set times.

New improvements to the “Family Sharing” app will also allow parents to set limits for children to better manage their kids’ screen time.

Apple’s new-found empathy to children’s iPhone addiction comes after a 2016 report by US social agency Influence Central revealed the difficulty parents have in navigating phone ownership among children.

It reported the average age for a child to get their first phone was 10.3 years old, and their first social media account at 11.4.

It also found 77 per cent of these children with social media accounts used both Facebook and Instagram, and that Apple products remain highly sought after by children as they enter their teens.

Meanwhile in January, two of Apple’s major shareholders, Jana Partners LLC and the California State Teachers’ Retirement System, who own a $US2 billion stake in Apple, published an open letter asking the company to address the issue of phone addiction among children.

It asked Apple to take a responsible approach and by helping parents and “their youngest customers”, citing concerns about mental health.

“By doing so, we believe Apple would once again be playing a pioneering role, this time by setting an example about the obligations of technology companies to their youngest customers,” the letter said.

The iPhone maker responded and promised to introduce new features to help parents manage their children’s smartphone use.