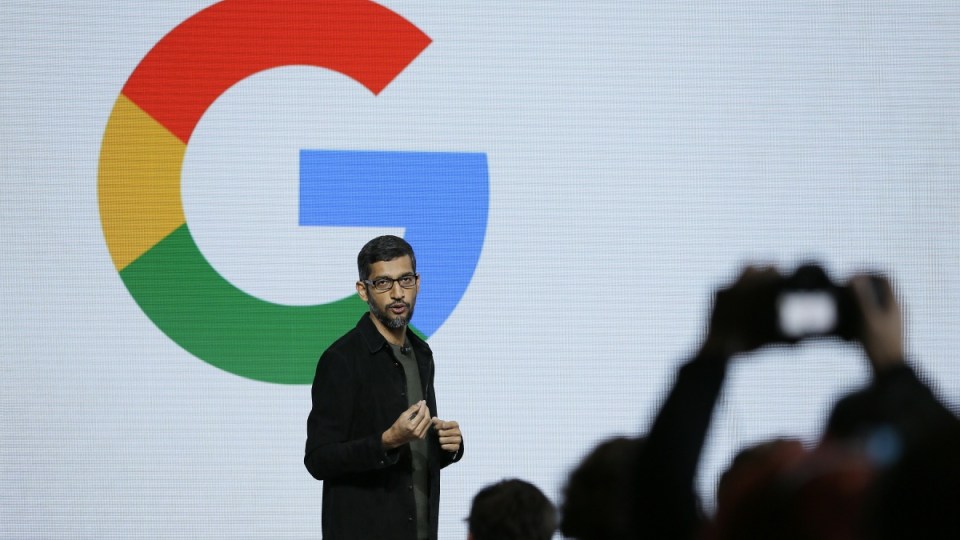 You may soon be having phone conversations with a robot without even realising it, courtesy of a disturbingly realistic new ‘virtual assistant’ developed by Google.

It will be able to make a phone call on a user’s behalf, hold a conversation, and book a restaurant reservation or hair appointment without you needing to even pick up the phone.

In fact, you could be using your phone for other purposes while this call takes place in the ‘background’.

It can also call a business directly to check opening hours on a public holiday and update the business’ Google profile accordingly to make it easier for other users who Google the business in the future.

Can you identify which voice is the Duplex robot?

Google principal engineer Yaniv Leviathan said in a statement that Duplex works to mimic the natural flow of conversation, including pauses and speech disfluencies such as “hmmm” and “um”.

Google told The New Daily it did not have specifics at this point in terms of when Google Duplex would be accessible to Australian consumers.

David Glance, director of the Centre for Software Practice at the University of Western Australia, said that while the technology was impressive, it would be a while before it could have a large impact on our everyday lives.

He said that if Duplex is launched through Google Assistant on Google devices, he would expect there to be little delay in its release in Australia.

“Outside of Silicon Valley where software developers spend their entire lives booking meals and looking up sports results – is that so much of an issue for the average person?” he said.

“Also, the call took all of a minute or less, but didn’t include the time it took to find somewhere to eat, tell Google what you wanted it to do and have it give you the response after it finished.”

Dr Glance also said he could foresee certain risks if the technology is used incorrectly.

“What if Google books appointments that the user has no intention of keeping or it fails to inform the user that the appointment has been booked?” he said.

“What if Google books an expensive hotel room and there is a no cancellation policy? Is Google going to hand over credit card details?”

“Presumably there will need to be some regulation on what a bot needs to do in terms of announcing that it is a bot – this is already visible in online forums for example like Reddit where the bot posting makes it clear that they are a bot,” he said.

“Pranking is always an issue but can be sorted through normal legal consequences.

“Imitation of people is more concerning and the security industry will need to keep on its toes to defend against breaches enabled by this new technology.”

“Clearly AI Duplex collects people’s voice signatures to continue training the robot and even its own voice seems to be a synthesis of one or more human voices,” he said.

“These humans need to be aware how their data gets used and they need to offer explicit consent for the collection of the data and for the intended use of the data.”

Professor Abbass added that if a human asked Duplex to make an inappropriate call, the feature should be programmed to say ‘no’.

Google also announced it would add six new voices to its Google Home Assistant, plus one familiar one.

John Legend allowed his voice data to be collected and users will soon be able to ask John Legend questions via Home Assistant, including requesting him to sing them a happy birthday.

Google Duplex: The new AI technology that can make phone calls on your behalf