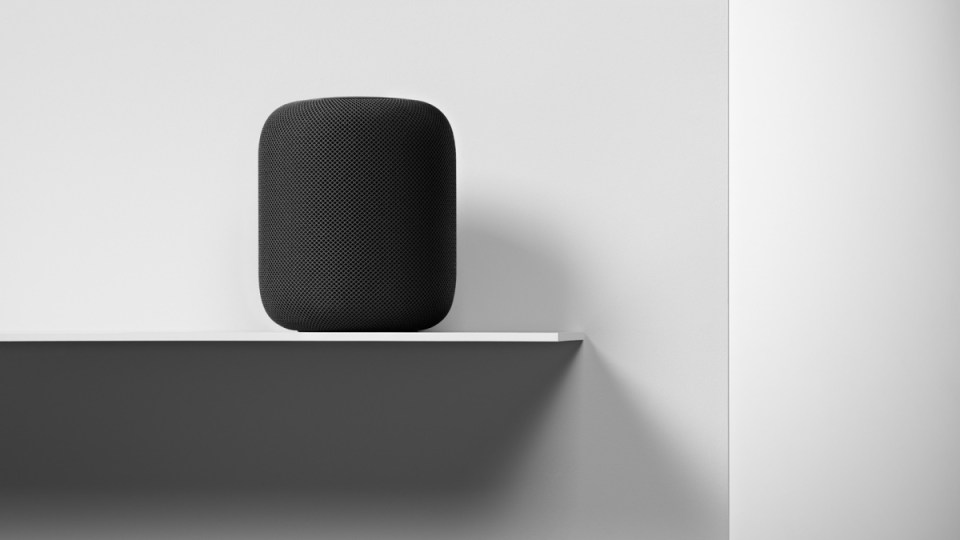 A HomePod in its natural environment. Photo: Apple
review

Apple has released its next foray into the world of smart home devices, setting the bar for audio performance and ushering users into a more relaxed life, with the HomePod wireless speaker.

The device, which combines the company’s digital personal assistant, Siri, with a high-performance audio speaker, connects to your home WiFi network and streams music, digital radio stations, news, podcasts and more, directly from the internet.

The debut of the company’s first-ever smart speaker places Apple in running to dominate your digital household devices with both Google (Home) and Amazon (Echo).

Music to your ears

There are no bones about it; HomePod is a superb wireless audio speaker.

Using a seven-tweeter array coupled with a six-microphone sensor, HomePod’s digital audio processor will analyse the room around it and ‘shape’ the sound accordingly, resulting in a ‘room-filling’ audio experience.

HomePod’s high-excursion woofer – which can travel 20mm, peak-to-peak – makes a key difference compared to other smart speakers; filling the room with deep and resonate audio.

At full volume, you can actually feel harmonic vibrations from your environment – your chair, sofa, what have you.

Considering Apple spent more than six years in design and development, not to mention for the price point ($499), you’d want HomePod to sound this good.

When combined with household smart devices – like smart power switches, lights, air-conditioning and heating – users can also program Siri to automatically use a range of devices upon a single command.

For example, the statement, ‘Hey Siri, I’m home’, could activate the lights in your bedroom and living room, play a jazz radio station through HomePod, and activate the kettle in preparation to make tea.

Of course, these devices need to be compatible with Apple’s Home service, in the first place. But the potential for automation with a quick voice command could end up a huge timesaver.

In line with these concerns over the security of personal data, Apple has developed a comprehensive security protocol that beats at the heart of every Siri request.

While an Apple ID is required to activate HomePod, every request made of Siri is not only encrypted, but also anonymised, before being sent to Apple’s servers.

Siri data is retained – to help tailor music recommendations and other actions – but only on your device, not on Apple’s central servers.

This can’t be said of other smart speaker manufacturers, who collect data from every request sent back to HQ and compile it into a comprehensive user record.

For all the features and functionality, though, Siri still needs a lot of work. Admittedly, this fine-tuning will come in the way of software updates in the future, but the fact remains that Google Home still dominates voice search and functionality.

Siri is limited predominantly to Apple services right now, which includes communications features, like messages and phone calls. That said, even phone calls must be initiated on your iPhone and then transferred to HomePod; you just can’t ask the device to place a call, like you can with Google Home.

Currently, Siri does not communicate with Apple TV, which is a baffling omission considering all the recent work put into developing the latter, and the ease with which Google Home users can use Chromecast to watch something on the big screen.

Users will also need to use AirPlay to play music with a service other than Apple Music. HomePod is not a Bluetooth speaker, so only services that have native support, or are compatible with Siri (think: Whatsapp), can be accessed directly.

As is the case with a number of first-release Apple products _ like iPhone and iPod _ there’s a real possibility HomePod sets the gold standard for smart speaker audio performance for a while to come.

HomePod is available now in white and space grey, for $499, from the Apple website and in stores.

The writer flew to San Francisco, California, as a guest of Apple.