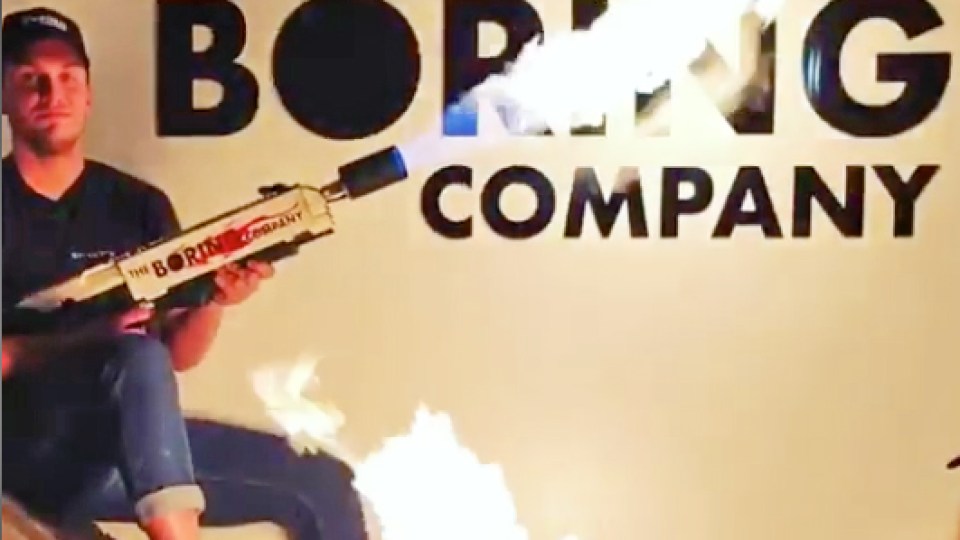 Billionaire tech entrepreneur, Tesla founder and space pioneer Elon Musk has added yet another position to his ever-evolving list of job titles with the launch of his latest venture.

Mr Musk followed up his introduction of the flamethrower with a promise the device would work well against “hordes of undead in a zombie apocalypse”.

He even changed his Twitter bio to “Zombie Defender”.

When the zombie apocalypse happens, you’ll be glad you bought a flamethrower. Works against hordes of the undead or your money back!

The entrepreneur, who is also the CEO of car manufacturing firm Tesla and aerospace firm SpaceX, said that by Monday (local time) he had sold 10,000 flamethrowers.

That meant The Boring Company cleared at least $US5 million ($6.2 million) worth of its new product.

Don’t do this. Also, I want to be clear that a flamethrower is a super terrible idea. Definitely don’t buy one. Unless you like fun.

Mr Musk’s idea to start selling the bizarre product began as a joke in December when he pledged that if The Boring Company sold 50,000 limited edition baseball caps, it would start selling flamethrowers.

But the dangers of selling a fire-emitting device, and Mr Musk’s mischievous marketing tactics have raised questions about the legality of selling such a weapon online.

“ATF [Bureau of Alcohol, Tobacco, Firearms and Explosives] says any flamethrower with a flame shorter than 10ft is A-ok. Our design is max fun for least danger. I’d be way more scared of a steak knife,” Mr Musk said on Twitter.

While in Australia it is illegal to import or own a flamethrower, In the United States, private ownership is not restricted by federal law and the devices are legal in most states.

Tesla in November completed construction of its giant lithium ion battery, described as the world’s most powerful, with testing expected in coming days ahead of a December 1 operation deadline.