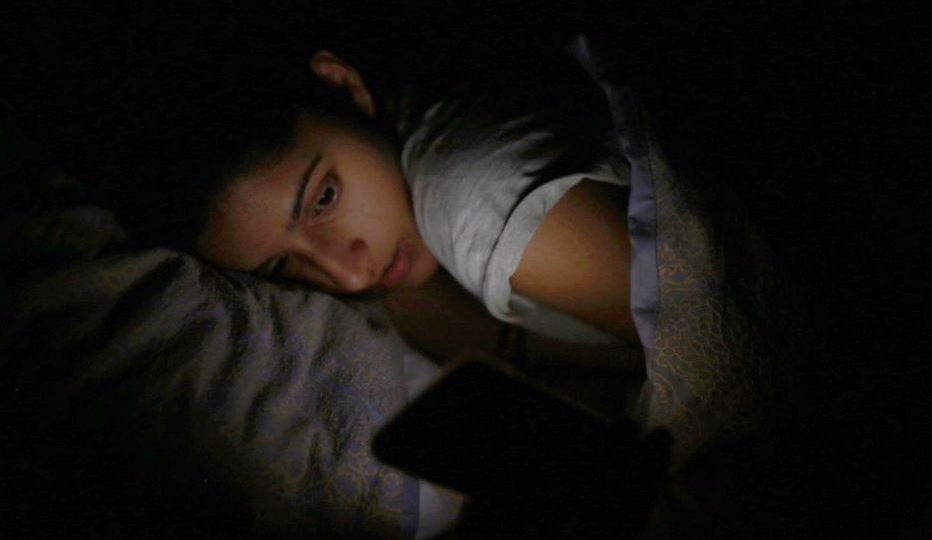 When Somya Rajawat woke up to find she was on the phone to her boyfriend, she realised texting had become second nature.

In most cases, people wake up with no memory of the messages they have sent to any number of unintended and sometimes unfavourable recipients.

Termed sleep texting, the phenomenon is expected to soon affect much of the population as smartphone usage becomes so automatic it invades our subconscious.

How can we manage our technology so we’re not slaves to our phones?

Sleep Services Australia medical director Linda Schachter said people had been performing semi-purposeful behaviours in their sleep for years, so it was no surprise when they started texting.

“Previously it was sleepwalking, talking and eating — now people are so used to texting that is what they’re doing,” Dr Schachter said.

“You’re not actually awake, but you are doing a behaviour you would normally do while awake.”

Much like the utterings of someone sleep talking, these texts and emails are mostly non-sensical or gibberish, often humorous and sometimes controversial.

But while a sleep talker’s semi-conscious thoughts are confined to the ears of those in their bedroom, sleep texting has the potential to reach far wider audiences.

Waking to find your boyfriend on the phone

Mandurah law student Somya Rajawat said she was shocked when she woke up one night last month to texts she had no memory of sending.

“Most were maybe just half a word or a bunch of letters, it looked like I tried to say something and then just fell asleep,” she said.

Ms Rajawat, 21, said she became more concerned after nodding off watching television one night, only to wake up standing in another room midway through a phone call.

“I woke up and I was on the phone to my boyfriend but I didn’t remember falling asleep, so I was super disorientated,” she said.

“I’ve talked in my sleep before so he recognised that after a while, and had a good laugh at me once I woke up.

“He told me I called him and had been talking as if he was a customer at my work, trying to sell him a phone contract among other things.”

Ms Rajawat said it made sense that she had started sleep texting.

“I’m pretty addicted to my phone, a lot of the time I fall asleep with it in my hand, sometimes halfway through typing something,” she said.

“It’s like an extension of my hands, really. I could text with my eyes shut, almost like it’s ingrained in my muscle memory.”

Time to remove the phone from the bedroom?

Those behaviours range from grinding teeth and talking, through to walking and eating, but in the most extreme cases people even get behind the wheel and drive.

Dr Hillman said he saw patients who regularly woke up and find their kitchen a mess after having prepared a meal overnight.

“People are capable of doing quite complex activities while asleep but have no memory afterwards and no consciousness of them while doing them,” he said.

Dr Hillman said texting was such an everyday behaviour for most people, it was no surprise it was presenting itself as a parasomnia — especially when most people slept with a smartphone beside their bed.

He said removing phones from the bedroom was a simple solution, but was not always an option.

“I can remember from my own experience being on-call every second night and being rung at 2:00am and occasionally giving instructions over the phone, and then waking up and ringing back to check exactly what I’d said,” he said.

Dr Hillman said it was not uncommon for people who were on-call to answer the phone in bed and issue instructions without fully waking up — something which could be particularly dangerous in the medical field.

“A lot of people also have got their phones by their bed at night time switched on and prepared to deal with things like family emergencies or picking up the kids and that sort of stuff,” he said.

Melbourne Sleep Disorder director David Cunnington said inadvertently sleep texting the office had become more common as developments like fingerprint and facial recognition technology made it easier to unlock a phone while half-asleep.

Why we’ve become texting addicts from day to ZZZZZZZs