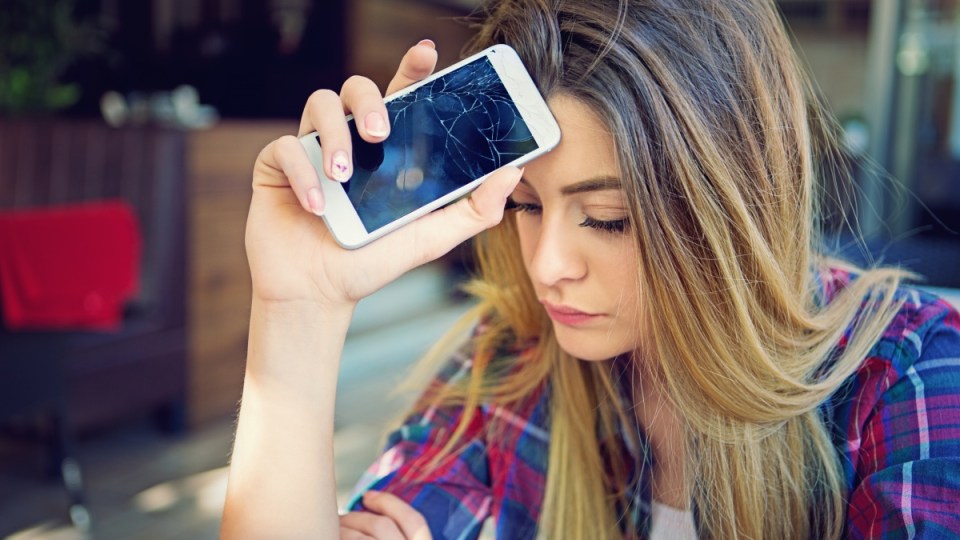 Thankfully, there's an easy fix to one of the most annoying iPhone issues. Photo: Getty

Mobile phone users may soon no longer be tapping their thumbs with frustration over heavily cracked screens, as new research offers a glimpse into a shatter-free smartphone future.

The international study, published by Nature research journal Scientific Reports, found that tweaking the structure of the glass used in mobile phone screens could make it more resistant to cracking.

Researchers from Australia, France, the UK and China collaborated on examining the changes to alumino-silicate – a type of glass commonly used in everyday items such as mobile devices – after altering its structure.

Lead researcher Dr Charles Le Losq of Australian National University said he changed the amount of different elements within the glass, and added sodium and potassium.

He said the findings could lead to the development of glass for smartphones that is more resistant to cracks by altering its structure, flagging that consumers could see these changes in the next five to 10 years.

“Each element influences the flexibility and resistance of the glass.

“Most people would probably think we know everything there is to know about glass.

“But the truth is we really don’t know much about the structure of glass – it’s made up of all kinds of atoms and is very complex – or its transition from being a melted liquid to forming the solid piece of glass on your mobile phone.”

He said that while glass appears to be structured randomly, it is in fact quite ordered when examined at the microscopic level of a few atoms.

“Examining the chemical composition and atomic structure of glass has given us a new vision of glass structure,” he said.

“You can try to create a mobile phone screen that is really hard and difficult to scratch but also really brittle and will tend to fracture easily.

“On the other hand, if you create glass that is too ‘soft’ it will be less prone to fracturing but more prone to scratching. A good balance of the two is required to solve this problem and it’s not an easy task.”

The research findings may also allow better modelling of present volcanic activity and an improved understanding of the lavas involved in the original formation of the Earth’s surface.

Dr Le Losq said it was an exciting time for the glass industry with the introduction of new technology such as curved iPhone screens, albeit they do present added challenges.

“I hope that we will be able to work together with industry partners,” he said.

“I have personally not received any interest from industry at this point in time but we are already planning to continue this research, adding more elements and to see how that changes the structure of the glass.

“This could lead to useful research in a few years’ time.”

The New Daily contacted Apple and Samsung for comment but did not receive a response by deadline.