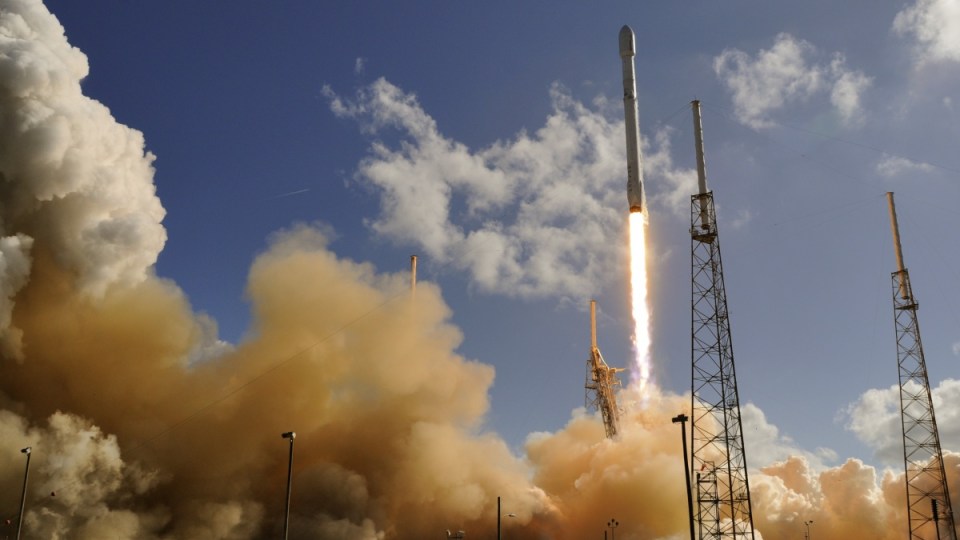 Rockets will be launched into space from a remote area near Nhulunbuy in the NT. Photo: AP

Australia’s first commercial space centre is one step closer to becoming a reality, with confirmation land in a remote part of the Northern Territory has been sub-leased for the project.

The Arnhem Land Aboriginal Land Trust granted a lease for a 275-hectare parcel of land in north-east Arnhem Land earlier this month to the Gumatji Aboriginal Corporation – who represent the traditional owners of one of the region’s clans.

That land has now been sub-leased to company Equatorial Launch Australia (ELA), which plans to run a commercial rocket launching facility near the town of Nhulunbuy.

“If you look at this as the countdown to lift off, it’s one of those very significant steps along the way,” ELA spokesman Shannon Brown said.

Under the plan, rockets will be launched from a site on the Dhumpuma Plateau, on the Gulkula escarpment.

The Northern Territory government also signed an agreement with the three parties to support the first phase of the facility, which will be known as the Arnhem Space Centre.

The mining town of Nhulunbuy, in the Gove region, had been preparing for an economic downturn as the mining activities come to a close, the Gumatji Aboriginal Corporation has previously said.

On Tuesday, Chief Minister Michael Gunner said the region could reap $100 million in economic benefits from the project, with the potential to 35 jobs during construction and a further 32 once the centre opens.

“The project will support job creation, drive innovation and development of new technologies, boost tourism and attract new investment to the region and Territory,” Mr Gunner said in a statement.

“It will also support Nhulunbuy’s transformation from a mining town to a significant economic and services hub for the region.”

Mr Brown said the agreement was an important move for the future of the Gumatji people.

“I know they’re excited and they were very keen to say recently that Aboriginal land is open for business, which I think is a really important step for their future,” he said.

Construction was expected to start early next year, pending an environmental assessment and other regulatory process, Mr Gunner said.

The first launch could happen at the end of 2018.

Mr Shannon said ELA still needed to obtain a space licence under the Space Act and secure customers, for whom the rockets will be launched to gather data and conduct scientific experiments.

To be Australia’s first civilian space port, the Arnhem Space Centre will join a space industry worth about $300 billion globally.

“The Arnhem Space Centre will be a significant site in the Asia pacific region and attract new business to the region,” Mr Gunner said.

“In addition to launching satellites there will be opportunities with a focus on science, technology, engineering and maths (STEM).”

Future development already on the cards

The Chief Minister has previously said the site was unrivalled as the perfect area for launching rockets into space because it offered companies a competitive and geographical advantage due to its proximity to the equator, as well as its isolation and closeness to the ocean.

Mr Shannon said the site would would be a small launching facility that could be equated with a place to launch light planes.

“Being located where we are in that equatorial zone and being a commercial enterprise, there isn’t anything like that in the world at the moment, so being able to take advantage of those particular facets of the location certainly promises a lot of scope for development down the track,” he said.

“It’s ambitious certainly in what we’re hoping to achieve in the end, but we’re trying to go about it in a very measured and steady way.”