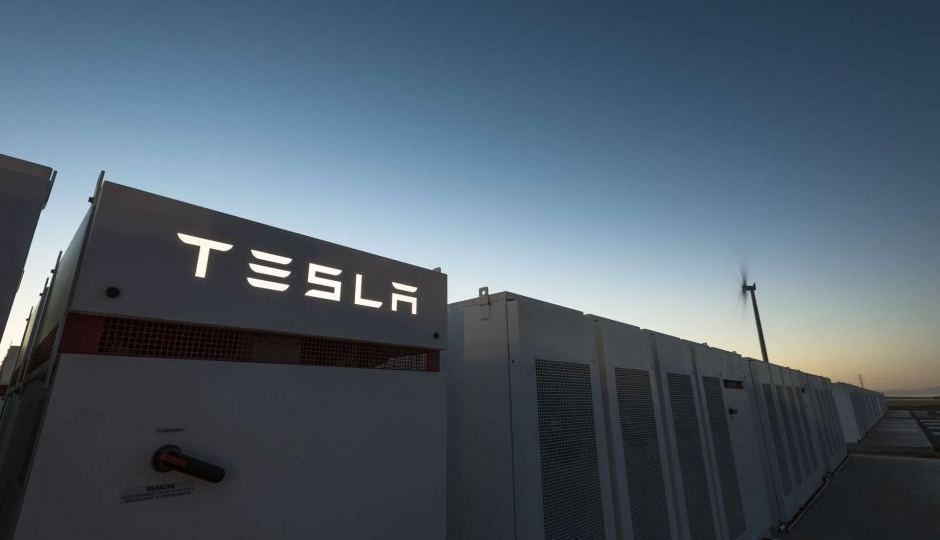 The battery will produce enough energy to power about 30,000 homes for more than an hour. Photo: Telsa Motors: Timothy Artman

Tesla has completed construction of its giant lithium ion battery, described as the world’s most powerful, with testing expected in coming days ahead of a December 1 operation deadline.

The array of Tesla Powerpack batteries has been installed alongside French company Neoen’s Hornsdale windfarm near Jamestown in South Australia’s Mid North region.

South Australian taxpayers will spend up to $50 million subsidising the 100-megawatt battery.

In return, the SA government will have access to some of the battery’s output to provide stability services to the grid.

The government will also have the right to tap the battery’s full output to prevent load shedding blackouts if supply runs low this summer.

Load shedding happens when the market operator (AEMO) directs power providers to switch off supply to some customers to protect the grid.

The new battery will produce enough energy to power about 30,000 homes for a little over an hour.

It was one of several measures announced in Premier Jay Weatherill’s $550 million energy plan, prompted by supply shortfalls, soaring prices and concerns over security of the electricity grid.

The plan also included a fleet of diesel-powered back-up generators, which have already been installed ahead of summer.

“The world’s largest lithium ion battery will be an important part of our energy mix,” Mr Weatherill said.

“It sends the clearest message that South Australia will be a leader renewable energy with battery storage.

“An enormous amount of work has gone in to delivering this project in such a short time, and I look forward to visiting Jamestown next week to personally thank those who have worked on this project.”

Mr Weatherill visited the battery site at the end of September with Tesla boss Elon Musk, to mark the halfway point of construction.

What will the battery do?

The battery is privately owned by Neoen in partnership with Tesla. In normal circumstances, the battery will be charged with power from the nearby Hornsdale windfarm when power is plentiful and cheap.

The operators will then have the right to sell some of it back into the grid when the supply-demand balance is tighter and prices are higher.

The SA government will be able to use a portion of the battery’s output to provide stability services to the grid.

There is a market for these services, but in South Australia there is limited competition.

At times when South Australia can’t import stability services from across the interconnector to Victoria, the state pays extraordinary prices, which drive up bills for households and businesses.

The government expects the battery to bring new competition to that market.

In addition, the government will have the right to tap the battery’s entire output if the state is running low on power and load shedding is imminent.

Coupled with the state’s newly installed fleet of back-up diesel generators, the battery could stop thousands of households unexpectedly losing power for half an hour or so on a hot summer’s afternoon.

“It sends the clearest message that South Australia will be a leader in renewable energy with battery storage.