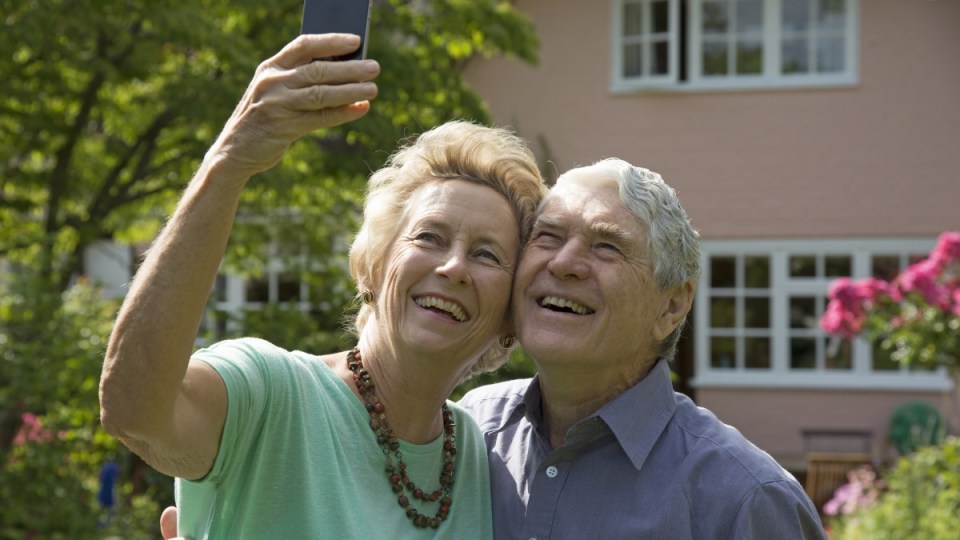 Retirees are becoming more tech savvy than they are being given credit for. Photo: Getty

Use of smartphones among the retiree age group has surged over the past year as older Australians challenge stereotypes, according to a new report.

Deloitte’s mobile consumer survey found that smartphone ownership among older Australians increased by almost 10 per cent since last year. It polled thousands of Australians online between June-July 2016 and May-July 2017.

“The reality is that an increasing majority of this cohort are very active and more socially engaged than ever.” Griffith University’s Dr David Tuffley, who researches the impact of technology on quality of life, said he was not surprised by the keen uptake of mobile technology by seniors.

“The older demographic are discovering the benefits of social media to connect them with family and friends – that’s the main reason – but they also like buying stuff, looking up health-related information and accessing government services,” he said.

“Local and state governments are increasingly funding digital literacy training in retirement and aged care facilities – the operators of these places also assist as it keeps their residents happy.

Dr Tuffley said he could forsee virtual reality being popular among this age group, particularly for “virtual tourism”.

She said she was aware of an American woman aged in her early 80s who takes videos of her Skyrim game play and has attracted a global following.

“For those who aren’t familiar with the desktop computer interface, smartphones are an easier means of accessing the internet,” she said.

“Older people can be vulnerable to social isolation or can have limited mobility as they age which gives them less opportunity to get outside.

“[Seniors] who learn how to use the technology are sharing that learning with their peers. The more individuals embrace technology, the more we’ll see a snowball effect.”

‘Under siege’: Trump reveals FBI raid of home
Barilaro affair ‘incredibly disappointing’: Perrottet
Colour and triumph for Australia as Commonwealth Games close
Monkeypox vaccines arrive for most at risk
Russia ‘using nuclear plant as base’ as UN slams attacks
Father, son get life for Arbery hate crime
We road test which smartphone has the best camera so you don’t have to
Today's Stories