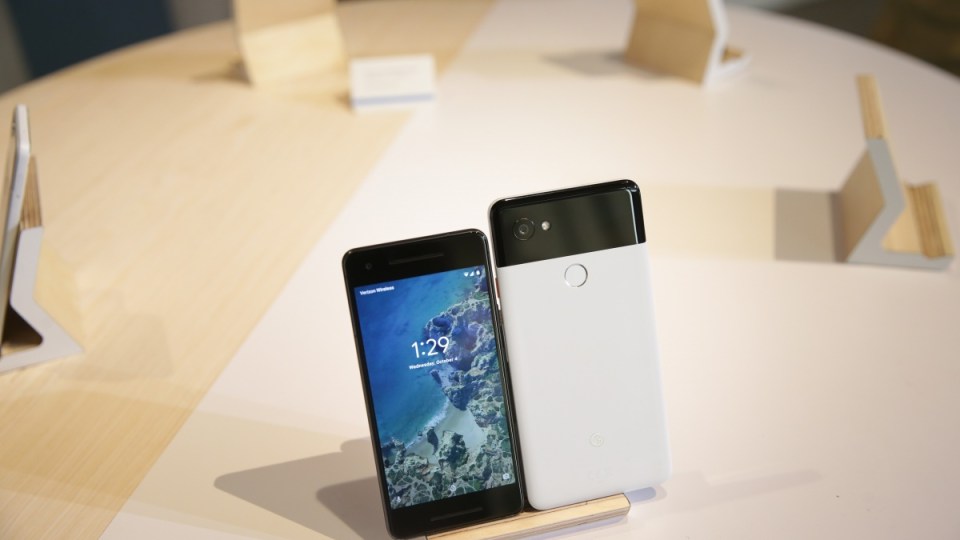 A smartphone is only as good as its camera – find out which one you should buy. Photo: Getty
review

For many smartphones users today, and indeed for the many models that enjoy an annual hardware refresh, the handset’s camera and screen are the two most important features.

This year alone it’s estimated that 1.7 trillion digital photos will be uploaded to the net, with approximately 85 per cent of those taken on a smartphone. That is billions of photos, every single day, posted to Facebook, Twitter, Weibo, Tumblr, Qzone, LINE, Whatsapp, WeChat, Instagram and many more.

With 2017 being a bumper year for premium smartphone hardware, The New Daily has tested the current top devices in Australia to determine which make and model has the best hardware, software and features.

Note: each photo was taken with the smartphone’s default settings. No image manipulation has occurred, except for the internal image processor. A 4K monitor with DCI-P3 colour gamut, calibrated with Datacolour Spyder5, was used for viewing off the device.

The single-lens camera of this smartphone is quite versatile, despite being a fixed optical width.

At 100 per cent magnification, images were sharp; displaying a large amount of subtle detail. Colours are rich and vivid, rendered perfectly over changing texture, such as the petal of a flower.

What’s more impressive is the amount of detail within shadows. Other cameras here produced ok results from dark or shadowy features, but the Pixel 2 XL takes pole position for detail and range within these regions of low light.

On the small screen, images are crisp and sharp, with depth in shadows and rich, vivid colours.

The wide-angle lens on the Note8’s camera reveals great depth in shadows and an overall richness of colour.

There is a little sharpening to images, which at times can be noticeable around the edges of objects and frankly a little jarring; however, the overall depth-of-field (focus depth) does appear deeper than the other models below.

What this basically means is that the lens is taking in more light and doing more with it. Colours are rich, but not abnormally so; and shadows and highlights are balanced to present a more realistic capture of the scene, displaying that oft-spoken term, high dynamic range.

Images on the Note8 screen actually present darker shadows, losing a little in the detail, but offering more vivid colours – green is greener, orange is more orange, and so on.

A standout feature of the Note8 camera is the Pro function, which allows users to adjust ISO, shutter speed, f-stop, white balance, focus and style. For anyone looking to up their smartphone photography game, this is the perfect handset.

The camera of Apple’s new flagship product scores top marks for sharpness and richness of colour.

There is a small loss of detail when zooming on colour-intense areas –again, the petal of a flower – but overall the dynamic range displayed on the small screen is captivating.

When viewed on a large screen, the depth in shadows is a little more subdued than the competition, resulting in a little loss of detail. However, even at 300 per cent zoom, there is minimal chromatic aberration or loss of sharpness, so users can expect clean images in low light.

Always one to set the bar high when it comes to annual updates, Apple’s new iPhone 8 Plus dual-camera is a beast. Photographers will appreciate the ‘natural’ capture of colour, light and shadow – as opposed to artificial enrichment via the image processor – allowing them more flexibility ‘in post’.

Tack sharp without the crispy edges that can come from digital sharpening, which is thanks to the lens’ optical image stabilisation, the colours in these photos may not be as vivid as the Note8, but definitely show more depth.

On the smartphone screen, the wide gamut yields beautiful depth and breadth of colour saturation and hue; striking a balance between accurate capture and enhancement for the small screen.

However, if you’re after more control of your settings at the point of image capture, the Samsung Galaxy Note8 is the right handset to boast your creativity. Experimenting with slow exposures or focus depth has never been so easy.

If you’re simply after a smartphone that takes care of the majority of functions for you and offers great images in return, iPhone X is for you. Camera operation is uncomplicated, on purpose, leaving you free to concentrate of elements like composition and style.

Let us know in the comments below how your smartphone compares to the above results.