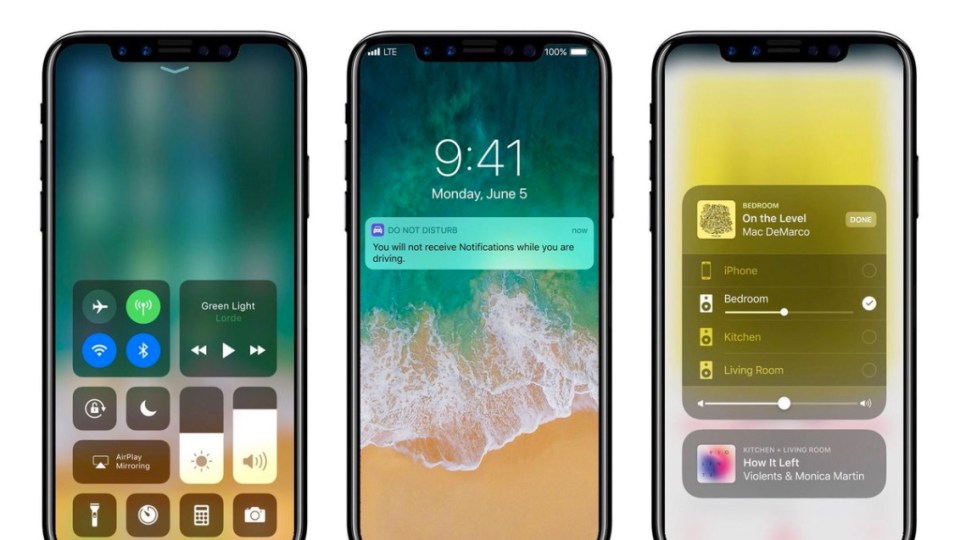 Apple's big iPhone reveal has been spoiled by a leak just two days prior. Photo: Twitter

The California-based company’s showcase event – which is to take place on Wednesday (AEST) – may have been spoiled after the leak of an unreleased version of its operating system to the public.

It has been described by tech experts as the biggest leak of its kind to hit Apple, with the iOS 11 reveal confirming the iPhone’s new name and its facial recognition software.

According to the code, Apple will call its new smartphones the iPhone 8 and iPhone 8 Plus, while the premium OLED model will be called the iPhone X.

They will replace the iPhone 7, iPhone 7 Plus and iPhone 8 monikers given to the respective models in the months prior.

The new feature will oust the old home button, with Apple moving in favour of an edge-to-edge screen and a denoted line at the bottom of the screen to navigate through the iPhone 8.

Users will be able to slide up on the bar to bring up the home screen, while a longer pull brings up the app switcher – equivalent of double tapping the home button on older versions.

iOS 11 also hints at how the iPhone 8 will interact without a home button, with use of the side button.

It outlines double-clicking the side button will bring up Apple Pay cards for easy payments, while a press and hold will invoke Siri.

It does not explain how the usability of the new side button method or slide bar will work with full-screen applications.

As per leaked information, Apple will also implement facial recognition into its emojis, with the development of “Animojis”, 3D emoji characters that use facial tracking and your voice to create animated messages.

But according to prominent Apple expert John Gruber, the leak was not a mistake but an intentional act of sabotage.

“As best I’ve been able to ascertain, these builds were available to download by anyone, but they were obscured by long, unguessable URLs,” Mr Gruber wrote.

“Someone within Apple leaked the list of URLs to 9to5Mac and MacRumors. I’m nearly certain this wasn’t a mistake, but rather a deliberate malicious act by a rogue Apple employee.

“More surprises were spoiled by this leak than any leak in Apple history.”