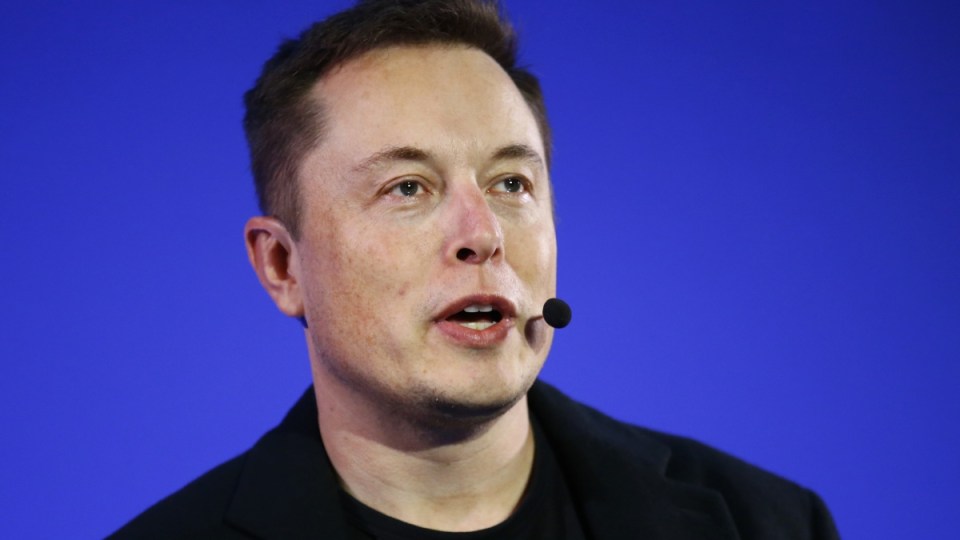 And it may happen without warning, Mr Musk says. Photo: AAP

An artificial intelligence arms race, and not the nuclear stand-off on the Korean Peninsula, will likely cause the next world war, Elon Musk has said.

And who are the frontrunners to be involved, according to the billionaire inventor?

Mr Musk, who is the founder of Space X and Tesla, and who has promised to build the world’s biggest lithium ion battery in South Australia, made the comments just days after Russian President Vladimir Putin told university students, “whoever becomes the leader in this sphere will become the ruler of the world”.

“Artificial intelligence is the future not only for Russia but for all of human kind. It comes with colossal opportunities, but also threats that are difficult to predict,” Mr Putin told a forum of children at the weekend.

“It begins … competition for AI superiority at national level most likely cause of WWIII [in my opinion],” he said.

He said China and Russia were currently leading the race, but Mr Putin has said if Russia does became a leader, it will seek to share its knowledge with the rest of the world.

“It would not be very desirable that this monopoly be concentrated in someone specific’s hands,” he said.

“That’s why if we become leaders in this area, we will share this know-how with the entire world, the same way we share our nuclear technologies today.”

Though a monopoly may be the least of our worries if future AI weapons are able to control themselves, Mr Musk said.

“[WWIII] may be initiated not by the country leaders, but one of the AI’s, if it decides that a pre-emptive strike is most probable path to victory,” he tweeted.

This is not the first time Mr Musk has been vocal about his concerns to do with AI.

He and other prominent tech entrepreneurs and scientists, such as Stephen Hawking, believe AI could quickly surpass that of humans and render us the second-most intelligent species on the planet.

But Toby Walsh, the Scientia Professor of AI at the University of New South Wales, recently told ABC’s Lateline it would not be long until robots became “weapons of terror”.

“They will be the next revolution in warfare after nuclear bombs,” he said.

“The UN is formally discussing these issues, but there needs to be a bit more urgency.

“These are weapons where there’s no human in the loop and a computer is making the final life-or-death decision.”

Professor Walsh said semi-autonomous drones were already being used for warfare in Afghanistan and Iraq, and could soon be used by terrorist organisations like the Islamic State group.

“We only have a couple of years until this technology is out there, and once it is out there it’s going to be much harder to get it banned and removed from the arsenals of the world.”