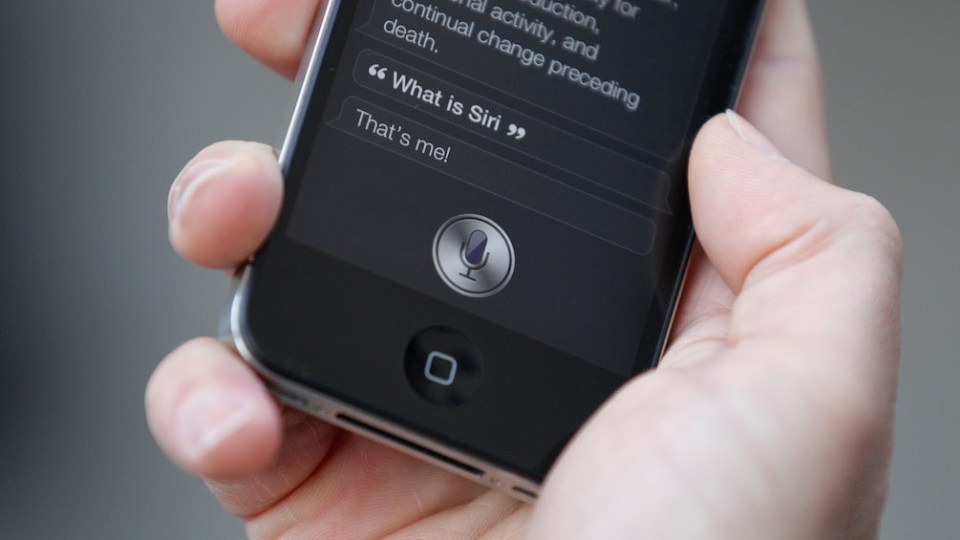 Siri is getting a makeover. Photo: Getty

Apple’s robotic-sounding assistant Siri is set to be reborn with a human voice and a range of helpful new powers.

The news was announced at Apple’s Worldwide Developers Conference as one of a suite of features in the company’s new mobile operating system, iOS11.

Alongside the usual tweaks to Safari, enhanced functionality Notes and refinements to multitasking, the most noticeable improvements include: the most intelligent and natural Siri yet; improved file management and multi-tasking for iPad users; and a simple, but smart, new feature for CarPlay users that may well save lives.

Siri is set to evolve from a robotic-sounding ‘assistant’ to a truly human voice with extra powers and functions.

With the help of a little machine learning, Siri now takes a more proactive approach to assistance. By watching what users search for and interact with, Siri can offer assistance in a variety of ways; either through more relevant search results, more useful messaging prompts or even more appropriate navigation choices.

As well as the boost in IQ, Siri has been given a new voice box. Now users are greeted with a rich and resonate voice, much closer to a natural voice than its predecessors’ often robotic replies. It goes a long way to installing Siri as a truly natural extension of your digital abilities.

A wireless speaker that streams music from your Apple Music service, HomePod also listens for commands and extends functionality for native apps like Music, Messages, Weather and more. For users with Home Kit devices, home automation is also available via Siri and HomePod.

While we can still expect many improvements to come in the years ahead, this new version of Siri is a big step forward.

Keep your eyes on the road

An estimated one third of Australian drivers use their smartphone while driving, causing around 22 per cent of total car accidents each year. Sadly, we’re not the only nation with statistics like these.

In response to this sobering reality of modern life, iOS 11 will include a ‘Do Not Disturb While Driving’ feature for CarPlay users, which blocks all incoming text messages and leaves the driver to concentrate on the road.

Your iPhone will now detect when it is in a moving vehicle and silence incoming text messages. Users can also set up an auto-reply message, telling message senders in their Favourites they will reply when they’re finished their journey. If, however, a message appears urgent, iPhone will notify the driver as usual.

The message here is simple: to prevent you using your phone in a dangerous manner, we simply won’t let you.

While it may seem a little doctrinaire, there’s no doubt that some drivers need more than a little encouragement to quit bad habits. With any luck, this feature will enforce greater discipline in phone use and contribute to lowering the road toll.

At last, iOS delivers a variety of file management and multi-tasking tools that make iPad a true competitor for most laptop computers; eliminating one of the biggest bugbears preventing potential users from ditching their laptops and going tablet all the way, by adding a simple innovation: the new Files app.

Not only does Files offer a centralised place for all your iCloud files, but also syncs with Dropbox, Google Drive, OneDrive, and more. This means you can do away with separate apps for each service and use Files as a ‘one ring’ solution.

For a full overview of iOS 11, available on supported devices in spring, check out our coverage here.

Apple’s Siri is about to get much smarter