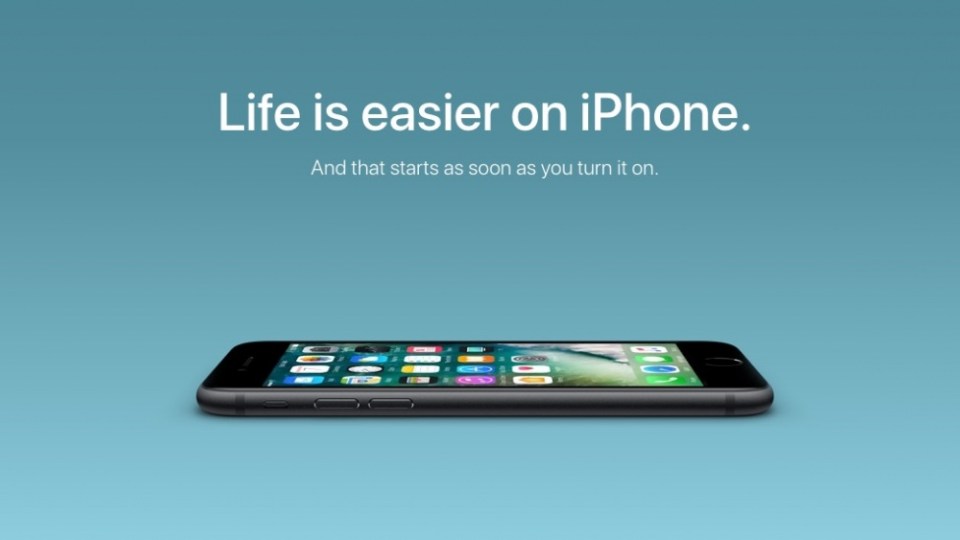 Apple is offering smartphone users a $260 bonus in a bid to poach Android customers, as it attempts to muscle in on Google’s dominant market share.

The iPhone giant launched the Switch website on Tuesday, to convince users to ditch their Google devices with a series of videos and lavish statements to outline the iPhone’s superiority.

It even offers users cash incentives ranging up to $260 to trade in their existing smartphone to be used as a credit towards a new iPhone.

According to Queensland University of Technology mobile and ubiquitous computing expert Christine Satchell, Apple’s “uncharacteristic approach” is an attack on Google.

“This is a very dramatic approach [to offer cash] and could be an attack on Android,” Dr Satchell told The New Daily.

“It’s such a huge departure from anything Apple has previously done, and the fact they are offering money on their website is an unusual shift. Even the tone on the Apple website is different.

“This is just such a different approach to capture market share, it’s a very proactive approach, but it also comes off a tad desperate.

“It’s an erosion of their brand introducing Android in its marketing, but they are addressing genuine user problems people have had going from Android to Apple.”

Apple offers both iPhone and Android users the cash incentive as instant credit at an Apple store or as a gift card.

It lists how much you can get for your old device on its website.

“iPhone has industry-leading satisfaction rates,” the Switch site spruiks. “In fact, 97 percent of people who have an iPhone say they love it.”

University of Adelaide electrical engineer and telecommunications expert Andrew Allison said the difference in market share may be due the freedom Android devices offer which Apple doesn’t.

“Apple have a certain sort of product, it’s very locked up, you can’t liberate it [like you can with Android],” Mr Allison told The New Daily.

“That means you can’t delete applications you really don’t want and free up space.

“Apple can never be liberated, if you wanted a liberated phone that you could hack yourself, you’re crazy to go Apple.

“But at the same time a lot of people don’t want that. They just want a phone that does what they want with minimal hassle.”

It comes after Android devices were earlier this month struck with serious privacy concerns in which 234 apps were found to track users’ activity.

“Privacy is a priority with Apple. Unlike many other phones, important data on your iPhone is encrypted from the start and protected by your passcode,” the website read.

“Apple apps like Maps and Safari help to keep private all the places you go and the sites you visit, and Apple will not sell your information to anyone for any reason.”

As part of its latest push, the iPhone manufacturer released five YouTube videos as part of its campaign to portray the Apple universe as more enjoyable and user-friendly.