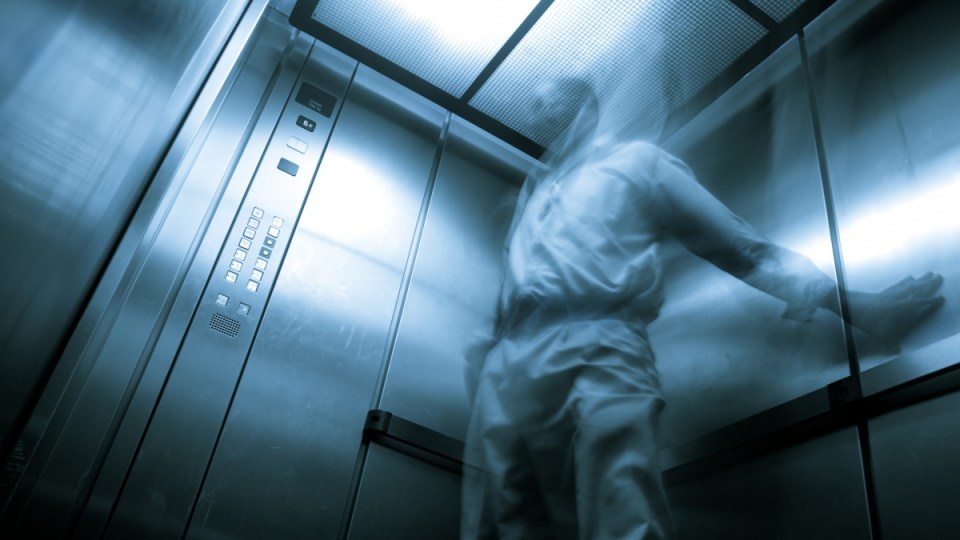 Being stuck in an elevator may no longer be your worst fear. Photo: Getty

Ever wondered what would happen if you dug a hole through the earth and jumped into it? How about free-falling in an elevator?

In a recent Reddit AMA, senior scientist Paul Doherty and writer Cody Cassidy – who have spent the last two years researching “interesting ways to die” – answered questions on many equally cheerful scenarios that would likely kill you.

And the results are as gruesome as you could imagine.

What would happen if you were floating near a neutron star?

Mr Doherty and Mr Cassidy were asked by one fascinated Reddit user, how spectacular death would be if you somehow got within one mile (1.6km) of a neutron star.

The duo explained if the radiation from the neutron star – the densest object known to science – didn’t kill you, the sheer gravity pull will.

“If your head is pointed toward the neutron star it will be tugged toward the star much more strongly than your feet and this tidal force will rip you apart,” they said.

“There is another way to die however, some neutron stars are a hundred billion times stronger magnets than the strongest magnets on earth.

“At those levels of magnetism your atoms are distorted into thin cigars and all the bonds between atoms that make up the molecules in your body are broken so you become a human shaped plasma cloud that is tidally stretched and pulled into the star where you impact the surface and generate lethal gamma radiation.”

Watch a video on the scenario below:

What would happen to your body if you were sent to the bottom of the Mariana trench?

While the pair said if you sank to the boom of the Mariana trench you would drown before you reached a crushing depth, the more “interesting demise” occurs if you swim out of a submarine at the bottom.

“Fortunately you’re mostly water, and water is incompressible. So you would retain your basic human shape,” they wrote.

“The air pockets inside you, namely in your nasal cavity, throat and chest, would be a problem. Those would collapse inward, which would fatal.

“Because you wouldn’t have any air, you wouldn’t float to the surface and you would likely stay at the bottom to be consumed by the Bone-eating snot flower, which usually eats whale bones but would probably make an exception in this case.”

What if I dug a hole through earth and jumped in?

Jumping into a hole in the earth is a classic physics homework problem. The answer is that it takes 45 minutes to get to the other side.

However that simple answer misses most of the fun, according to Mr Doherty and Mr Cassidy.

“From a point in north america the surface of the earth is moving to the east at a few hundred miles per hour,” they wrote.

“The centre of the earth is not. So if you fall into an evacuated hole you have to slow down by 800 miles per hour by rubbing along the wall. Not good!”

What would happen if you were stuck in an elevator and the cable snaps?

Assuming the cables beneath the elevator don’t cushion the fall, whatever you do, don’t stand up.

“If you’re standing up, your organs may keep falling, even though your body has stopped,” said Mr Doherty and Mr Cassidy.

“Laying flat on your back is the best way to spread out the G forces evenly through your body.

“You should also hope that your elevator fits snugly in its shaft, so the pillow of air below the car slows the fall and the broken elevator cable below can provide some cushioning. Crossing your fingers is also a good idea.”

The world’s most ‘interesting’ ways to die, according to scientists