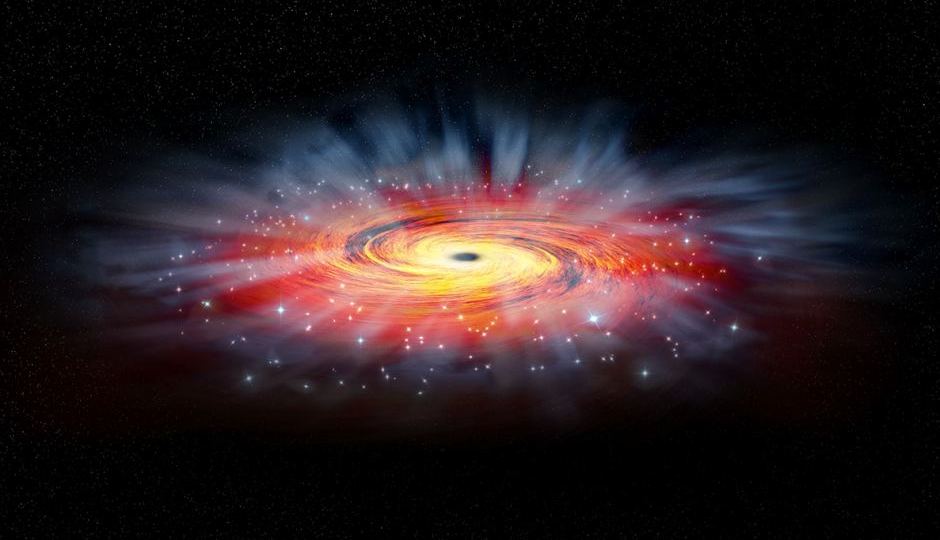 An artist's illustration of Sagitarrius A. Photo: NASA/STScI

Every image of a black hole you have ever seen has been an illustration – but soon astronomers may finally get a real photo in a planet wide effort to link up telescopes.

At the Atacama Large Millimetre Array (ALMA) in Chile, 66 radio telescope dishes and antennas will spend the next 10 days pointed toward the supermassive black hole in the Milky Way’s centre – Sagittarius A.

Seven other radio telescopes located at sites around the world, including one at the South Pole, will also focus their gaze on the same microscopic patch of the night sky.

“We want to see a black hole, it’s as simple as that,” Professor Heino Falcke said.

Professor Falcke, from the Max Planck Institute for Radio Astronomy in Bonn, and his colleagues, are part of the international project known as the Event Horizon. 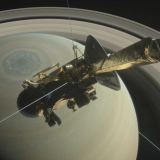 According to Nature.com spotting Sagittarius A would require a telescope 1000 times better than the Hubble Space Telescope.

Shepard Doeleman, the director of the Event Horizon Telescope, said they would take radio dishes around the world and using precise timing they would phase them together.

“We’re making the biggest telescope you can on the surface on the Earth,” he said.

The project has basically created a virtual telescope the size of the world.

What is the event horizon?

According to the theories Sagittarius A sits at the centre of our galaxy from where it devours clouds of dust, whole planets and even stars that stray into its gravitational pull.

That pull is so massive that not even light can escape from it – hence its blackness.

Thus the name event horizon, which refers to the very edge marking where light can finally escape from the intense gravitational pull of the black hole.

If the project is successful, the telescopes will not get a photo of the actual black hole – not even light can escape from a black hole – so seeing it or taking a photo of it would be impossible.

Swinburne University astrophysicist Dr Alan Duffy said what they were hoping to catch was the “swirling hot material around the black hole”.

“And then actually see a silhouette imprinted on that glow. The silhouette, that black region, that’s the actual black hole,” he said.

He explained that trying catch a glimpse of the black hole was like trying to “spot a CD placed on the moon”.

“This is a tremendously small object that we’re trying to catch.”

Find would put Einstein’s theory to the test

Dr Duffy said spotting Sagittarius A was “the single most exciting point you can imagine trying to see”.

“The supermassive black hole is about three to four million times the mass of our sun,” he said.

“But so densely packed is a black hole that essentially the gravity is just so overwhelmingly strong that all of that mass is crushed into something that would fit well within our solar system.

“Just for sense of scale if you turned Earth into a black hole, we’d be about the size of a marble.

“Black holes are the most extreme objects we know, their gravity has continually crushed and crushed whatever the initial objects material was down to single point.

“We call that the singularity, our models say it is a single point of zero size – all of that mass crushed in.”

Astronomers want to find the event horizon as it would put Einstein’s 100-year-old theory of gravitation to the test.

“The theory that explains all of the gravity we experience around us,” Dr Duffy said.

“For example, to get Sat Nav (satellite navigation) on your phone, which you’re using every day, but we’ve never been able to test it in quite this level of detail.”