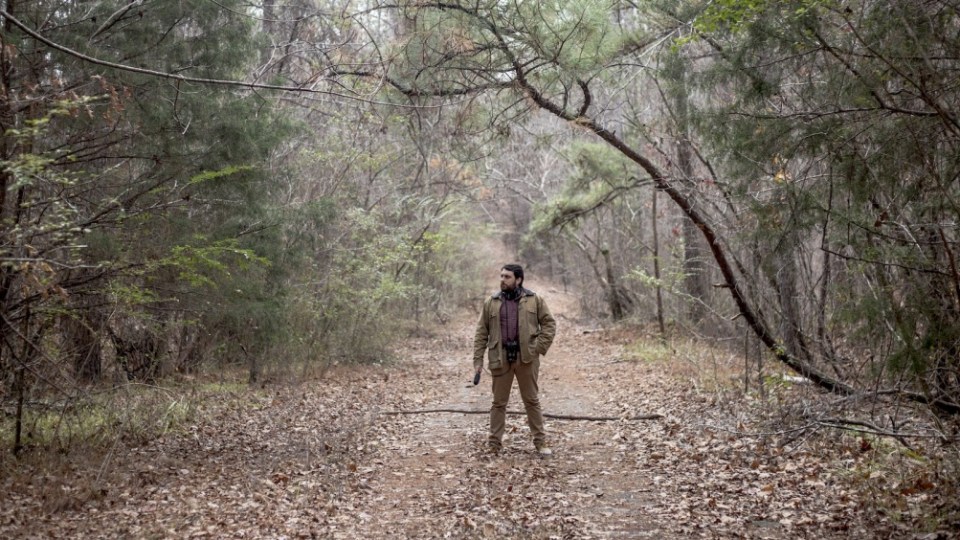 The crew behind game-changing podcasts Serial and This American Life have returned with another murder-mystery aural adventure that’s already captivating listeners and scoring rave reviews.

The podcast follows Reed as he travels to the small town of Woodstock, Alabama, at the request of eccentric local John B McLemore, who is apparently Woodstock’s “very own Boo Radley”.

Mr McLemore, an antique clock restorer and a fan of This American Life, emailed Reed in 2013 in the hope that Reed could help him investigate an alleged murder cover-up.

However, the podcast’s plot summary suggests something went awry during Reed’s investigation.

“John despises his Alabama town and decides to do something about it,” the description on S-Town‘s official website reads.

“He asks a reporter to investigate the son of a wealthy family who’s allegedly been bragging that he got away with murder. But then someone else ends up dead, sparking a nasty feud, a hunt for hidden treasure, and an unearthing of the mysteries of one man’s life.”

The podcast’s title is a less explicit way of saying S***town — the name Mr McLemore has given his hometown.

“Something’s happened, something has absolutely happened in this town and I’m about had enough about S***town and the things that goes on,” Mr McLemore declares in the podcast’s engrossing opening episode.

Reed was working on the story well before 2014’s Serial created a global phenomenon with its retelling of the 1994 murder of high school student Hae Min Lee.

Serial became the fastest podcast to reach five million downloads on Apple’s iTunes store, lauded for its ingenious storytelling methods, charismatic host (Koenig) and fascinating subject matter — namely Lee’s former boyfriend Adnan Syed, who was charged with her murder but maintains his innocence to this day.

All seven episodes of S-Town are available to stream online and it’s already receiving rave reviews from critics and social media users.

“I just finished S-Town and I’m practically in tears. You definitely haven’t heard a story like this before,” Twitter user Alex Shenoy posted after polishing off the entire series (episodes are around 40 minutes to one hour long).

Vox reviewer Aja Romano said S-Town was “not quite the true crime podcast you might be expecting. Instead, it’s an engrossing narrative about the complexities of human behaviour”.

“It’s one of the most sincerely human things I’ve ever listened to,” Vulture‘s reviewer proclaimed.

“[A] meditative and ornate family drama, one that eschews the propulsive momentum of a potboiler plot engine in favour of the softer, darker currency of gothic Americana.”

Entertainment Weekly teases that the unsolved murder subplot of the series is actually “a huge rug-pull and red herring” for listeners, who will actually find themselves engrossed in an entirely different story.

Undoubtedly, one of the podcast’s most compelling elements is Mr McLemore, whose Southern drawl, emphatic storytelling delivery and enthusiasm for the cause provide the perfect foil to Reed’s calm, reasoned narration.