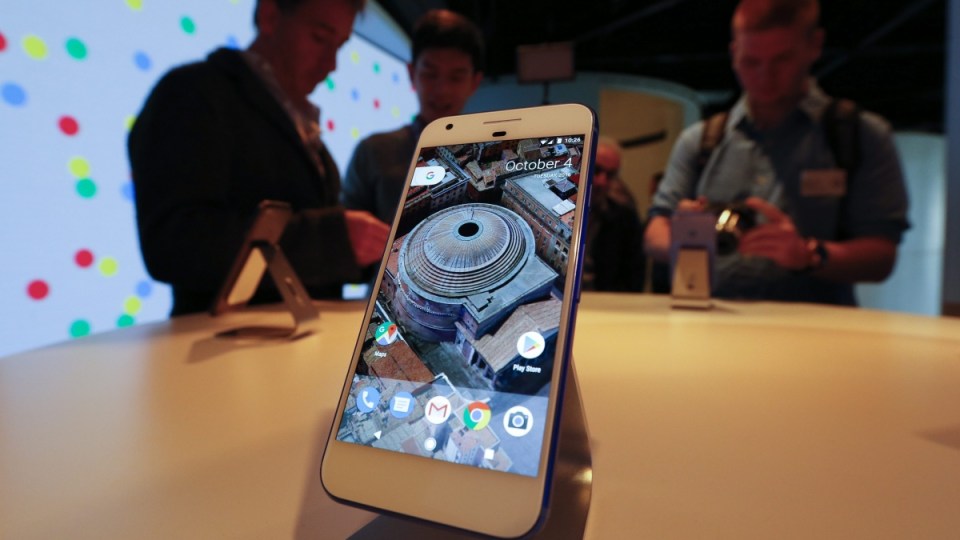 Google has launched into the premium smartphone market with the announcement of the new Pixel and Pixel XL Android phone, along with a host of smart products to enhance your entertainment life.

The new Google Pixel and Pixel XL smartphones – with screens coming in at 5 inches (12.7cm) and 5.5 inches (14cm), respectively – are designed to optimise Google’s Android mobile operating system (OS) and unify other Google devices you may have.

However, there is no microSD slot for memory expansion.

The most popular facet of any modern smartphone has not been overlooked, with the Pixel camera coming in at 12.3 megapixels with an f2 stop. Considering the camera, image processor and software are all designed by Google engineers, no compromises have been made.

This is #Pixel. The first phone #madebygoogle, inside and out. Find out more → https://t.co/bZFnoCg3oF pic.twitter.com/drtTuJKNgv

All Pixel owners will also get free online storage of photos and video, via Google Photos.

Both handsets also feature the new and improved Google digital personal assistant, Assistant. Leveraging its deep troves of data, Google has supposedly elevated Assistant to the pinnacle of AI and search capabilities.

Looking every bit the premium handset, the new iPhone – sorry – the new Pixel smartphone is finished in aerospace-strength aluminium and Gorilla glass, elevating the phone into the realms of the Samsung Galaxy S7 and Apple iPhone 7.

Google Pixel and Pixel XL will be available in silver and black, and sold in Australia exclusively through Telstra and JB Hi-Fi, starting at $1079.

A home ‘speaker’ that offers Google Assistant capabilities, this smart hub networks and unifies Google devices into one package.

Voice commands allow control of a variety of entertainment media, as well as integration with home computing and smart devices.

There are currently no details on an Australia release date of price for Google Home.

Streaming 4K easier than ever

The device is naturally compatible with Google Home, giving you voice control of streaming media services, such as Netflix, Google Play and others. Just ask Home to play a 4K movie or TV show through your TV and sit back and enjoy.

Of course, you will need a 4K HDR TV to enjoy all those extra pixels, not to mention be one of the few Australians able to stream 4K content through your internet connection.

Chromecast Ultra will cost $99 and is available in Australia from late 2016.

Reality, but not as you know it

Taking a further step into a world outside our own, Google’s Daydream View headset is an Android-ready VR viewer at a budget price.

Made from cloth, rather than the solid plastic of its competitors, this cheap alternative to the many premium VR devices on the market – like Oculus Rift and HTC Vive – should open up VR to a wider audience, who merely need an Android smartphone to enjoy immersive 360-degree video or gaming.

Daydream View will be available from November, at Telstra and JB Hi-Fi, for $119.

Aiming to eliminate the first world problem that is the dreaded Wi-Fi dead-spot, Google Wi-Fi is a smart wireless internet hub that appears to solve many home internet problems.

When connected to other Google WiFi hubs, the network creates a signal of even coverage and strength, ensuring deadspots and interference don’t affect your connectivity.

There are currently no details on an Australia release date of price for Google Wi-Fi.

Google’s Pixel phone to take on Apple and Samsung