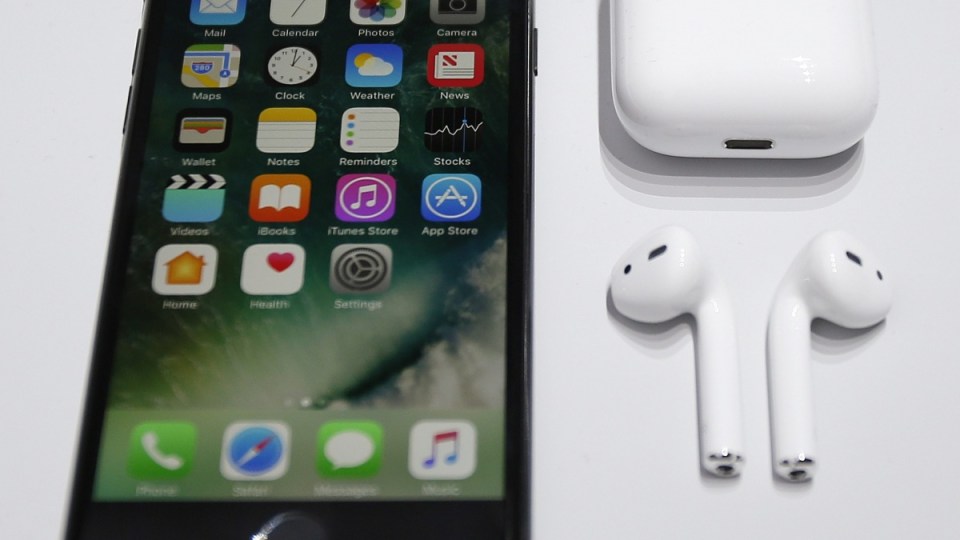 The new iPhone 7 starts at a minimum of 32G. Photo: Apple Photo: AAP

The new iPhone was launched to global fanfare early on Thursday, but while fans are applauding, many others have criticised the latest version of Apple’s most profitable product, with some even calling its new wireless headphones a choking hazard.

New York Times technology columnist Farhad Manjoo urged readers to forget about the most controversial development — the removal of the universal headphone jack.

Instead, he argues that “Apple’s aesthetics have grown stale”. 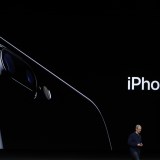 “Apple has squandered its once-commanding lead in hardware and software design,” he writes.

” … [A]s competitors have borrowed and even begun to surpass Apple’s best designs, what was iconic about the company’s phones, computers, tablets and other products has come to seem generic.”

Smartphones expert Ernest Doku from comparison site uSwitch said the iPhone 7 would fail to grab the attention of many.

“Despite being touted as a credible numbered sequel, it was difficult to escape the feeling that the iPhone 7 is very much an iterative device rather than the step change needed to allay concerns of falling fortunes,” he said.

“Having said that, the device nailed the key features consumers look for in a flagship smartphone, from an improved display and increased resilience to water and dust, to an improved camera and better battery life.

“Only time will tell if this is the model to help Apple to break away from Samsung, who is aggressively biting at their heels with a strong line-up in the Galaxy S7 and Edge.”

The controversial decision to remove the headphone jack from the two iPhones could also prove pivotal to the iPhone 7, it was claimed.

Bob O’Donnell, chief analyst at Technalysis Research, told CBC he felt the move was more of a mistake than a coup.

“People have invested a lot of money in headphones … and now to use them you’re going to have to plug them into that little dongle that everybody’s going to lose.”

“I’m not sure they look that great, but that’s a judgment call that some other people might make, and it’s not clear that they work with anything else,” O’Donnell said.

“The bottom line is I have concerns, and I think some people are going to be upset about this lack of headphone issue,” he said.

“If you’ve been interested purely in the audio quality then a wired connection has always been best,” Simon Lucas, editor of What Hi-fi magazine told BBC.

“You have greater stability – there’s no possibility of drop-outs. Wireless headphones also need to be charged, and the louder you listen to them the quicker they will run out of power.

“With regards to headphones with a lightning connector, there’s only about eight pairs currently available and they will all have had to pay Apple a licence to use its proprietary connector.”

Geoff Blaber, from analyst firm CCS Insight, was more upbeat, saying that Apple had arguably exceeded expectations with the 7 and 7 Plus.

“In the context of a smartphone market that is firmly in an innovation drought, there’s a strong argument that the iPhone 7 is more than an iterative update,” he said.

“Upgrades are all important to Apple and for consumers coming from an iPhone 5s or iPhone 6, the iPhone 7 will feel like a considerable step up.”

While some criticised the removal of the headphone jack, he argued it would be “the spark for widespread innovation in accessories and a meaningful revenue opportunity for Apple.”

“Twelve months from now, the removal of the headphone jack will be viewed as an Apple masterstroke,” he added.

“iPhones have had a poor reputation when it comes to accidental drops and water damage.

“The IP67 rating on the iPhone 7 will be welcome news for careless owners and will doubtless hurt some of the numerous repair shops that have appeared on every high street.”