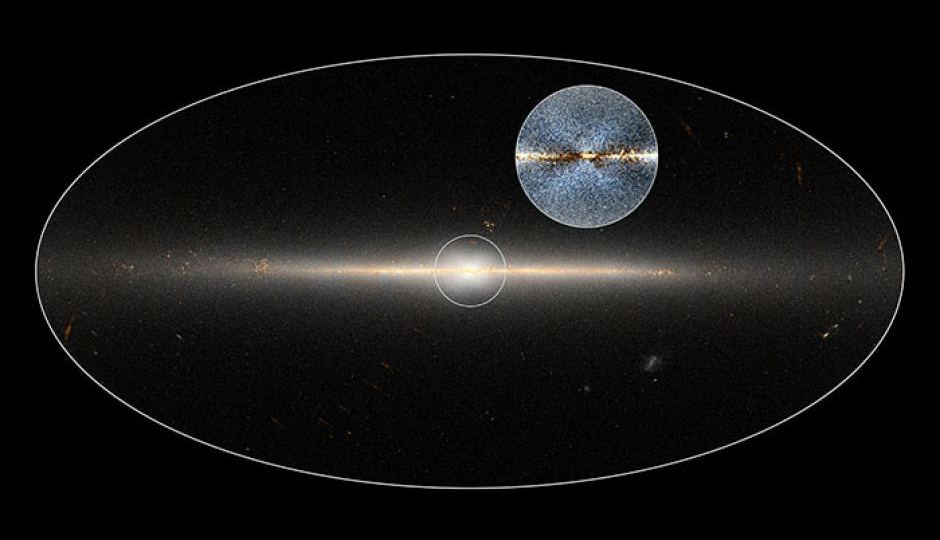 Data from NASA's WISE mission indicates there is a X-shape structure at the centre of the Milky Way. Photo: NASA/JPL-Caltech

An enormous X-shaped structure made of stars lies at the centre of the Milky Way, indicates a new study of infrared light coming from our home galaxy.

Many galaxies have an X-shaped structure at their core, but while previous studies have suggested the Milky Way contained such a structure, no one had directly observed it.

The research, reported on Wednesday in Astronomical Journal, is the first evidence an X-shaped structure exists in our home galaxy.

The discovery started out serendipitously as a call out on social media.

Melissa Ness, a postdoctoral researcher at the Max Planck Institute for Astronomy in Heidelberg, Germany, recognised the X-shaped structure and contacted Dr Lang.

Together, they reanalysed the data.

“The X-shape morphology of the bulge in itself and the fraction of bulge stars that comprise orbits within this structure has important implications for the formation history of the Milky Way … and spiral galaxies in general.”

Compelling data but jury still out

“You can clearly see the structure is there, they haven’t done anything particularly crazy with the data to get it,” he said.

But, he said, while there was an X in the data, the jury was still out as to whether or not there is a true X-shaped structure at the centre of the Milky Way.

“It’s the first evidence we have for it, and there should be lots more detailed observations to confirm it before you say it’s irrefutable,” Dr Davies said.

He said a more recent study by Spanish astronomers using a different technique did not find evidence of an X-shaped structure.

“[The Spanish astronomers] don’t say the X doesn’t exist and it isn’t there, they just say they tried to look for it in a different way and they haven’t been able to find it.”

Dr Davies, who studies galaxy evolution, said the presence of an X-shaped structure would tell us a lot about the formation of the Milky Way galaxy.

The Milky Way is a disk-shaped collection of dust, gas and billions of stars 100,000 light years in diameter.

“It’s the first evidence we have for it, and there should be lots more detailed observations to confirm it before you say it’s irrefutable.”
Dr Luke Davies

It is a type of galaxy known as a barred-spiral galaxy that comprises of two spiral arms, a bar-shaped feature that lies at the centre of the galaxy and a central bulge that resembles a box or peanut.

The central bulge forms in two ways: either by two galaxies crashing together or gas condenses in on itself to form stars.

“An X-structure only happens where you have an isolated bulge formation, not a bulge forming from lots of galaxies smashing together,” Dr Davies said.

“So what it kind of says is the Milky Way galaxy hasn’t gone through a merger with another galaxy in its lifetime otherwise it would have destroyed the X.”

X may mark the spot at centre of Milky Way galaxy