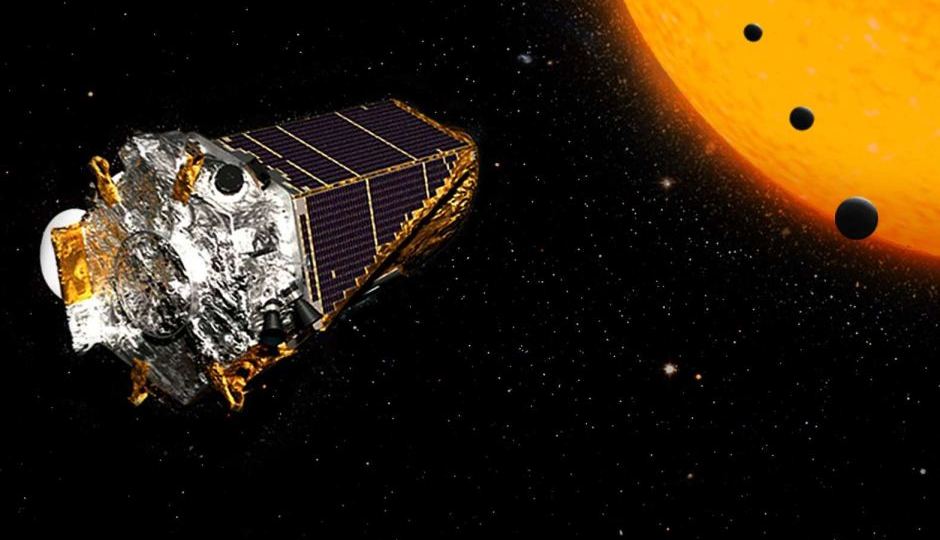 International scientists using NASA’s Kepler spacecraft have discovered 104 new planets outside our solar system, including four that could have Earth-like surfaces.

The team discovered the exoplanets using the Kepler space telescope as well as Earth-based telescopes, including four on the summit of Mauna Kea in Hawaii.

“The diversity of planets is astounding,” said Evan Sinukoff, one of the researchers and an astronomer at the University of Hawaii.

“We discovered many planets about twice the size of the Earth orbiting so close to their host stars that they are hotter than 1000 degrees.”

The latest trove includes 21 planets situated within their sun’s habitable zone, which is the distance from a star that could permit liquid water to exist and support life.

The four potentially rocky planets are between 20 to 50 per cent larger than Earth, and orbit tightly around the same star in a system about 400 light-years from us.

Even though the planets rotate around their star even closer than Mercury orbits the sun, astronomers said two of them may have surface temperatures similar to Earth’s, as their star is cooler than our sun.

The unmanned $600-million Kepler mission has allowed scientists to discover more than 4,600 planets – more than half of them confirmed – since it launched in 2009.

It has been scanning 150,000 stars in the Cygnus constellation for signs of orbiting bodies, particularly those that might be able to support life.

It works by observing a dimming in the light of a star, known as a transit, each time an orbiting planet passes in front of it.

In 2013, the space telescope suffered a problem with the reaction wheels that typically keep the spacecraft steady.

NASA then set the craft on a new mission called K2, to study supernovas, star clusters and far-off galaxies.

The latest discovery of exoplanets was part of K2.