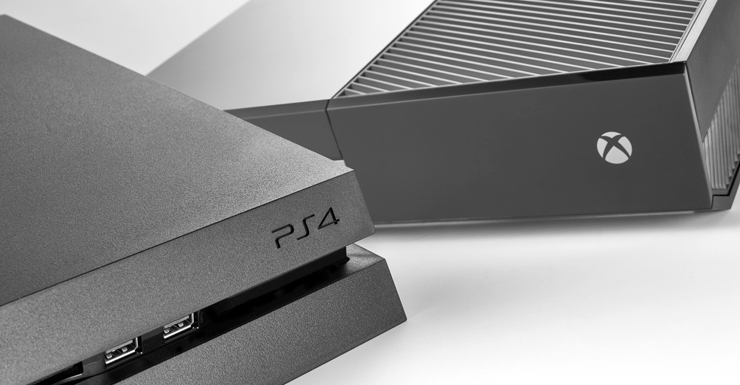 The war between gaming consoles has stepped up a notch with both Sony and Microsoft unveiling updates to their game consoles.

The new PS4, codenamed Neo; the Xbox One S (slim); and the new Xbox One, codenamed Scorpio, were also debuted last week at E3, the annual video game trade fair in the US city of Los Angeles.

Despite both the PS4 and Xbox One being no more than three years old, both companies promised to release more powerful and higher featured versions of each in the next six to 12 months.

Considering the life cycle of most game consoles is around seven years, owners of either of these next-gen consoles are probably asking themselves, with a hint of annoyance, why the consoles were updated so soon – and whether upgrading will really be necessary.

The deciding factors for many gamers are likely to be: 4K Ultra-High-Definition (UHD) gaming and virtual reality (VR).

Choose your Xbox One

Debuting two new consoles feels like quite a calculated move on Microsoft’s behalf. A cynic would say it’s calculated to bleed gamers of their money, but the other side of the coin appears to offer gamers two choices depending on their needs.

First, the new Xbox One S, available in August, features 4K Ultra HD video with HDR technology for richer colour and depth, a 2TB hard drive, a Bluetooth controller that can also connect to your Windows 10 PC, and is 40 per cent smaller than the current Xbox One.

The One S also features an IR blaster, which gives you remote control of your other home devices, like a TV or surround sound system.

Secondly, a higher-powered Xbox One will debut in 2017, packing a high-end processor and GPU (Graphics Processing Unit), codenamed Xbox One Scorpio.

The Scorpio console will be powerful enough to support premium VR, like the HTC Vive headset, delivered in 4K Ultra HD video at 60fps (frames per second).

Despite the two new consoles offering 4K gaming, all future Xbox One game releases will be compatible with any version of the model you own.

The new PS4 Neo features similar hardware specs to the Xbox One Scorpio, including 4K Ultra HD video and VR compatibility, and be around twice as powerful as the current PS4. Other details are yet to be announced.

All future game releases will be compatible with both PS4 consoles, with the new Neo console upscaling video to 4K for games that aren’t developed to run in Ultra HD.

The 4K Ultra HD video format has been talked about for years now. You can buy a 4K TV from your local JB HI-Fi, but good luck finding content to watch on it.

Yes, Netflix offers some 4K content, but if you don’t have an NBN internet connection, you can forget about it. Likewise, 4K Blu-ray discs are thin on the ground.

With streaming off the table for now, that leaves locally-delivered 4K video.

Considering you get this, plus a gaming console, which can also stream 4K content from third parties once it becomes available, either high-powered console appears to be a good investment.

To VR or not VR

The final consideration, aside from gaming content, is which VR system takes your fancy.

Sony’s PS VR system is due for release in October, for $549.95, and is compatible with any PS4 console.

However, early reports are that the experience is less than impressive on the existing PS4 – of which Sony has sold over 40 million units – owing to the strain placed on processing hardware.

Your choice then is to endure sub-standard VR, or upgrade to the new higher-powered PS4. Of course, the latter option will see you buy a new console and the PS VR headset.

If you’re looking to get into premium VR, like the HTC Vive headset, the Xbox One Scorpio is the machine for you. Again, you will need to buy a new Xbox One along with a substantially more expensive VR headset – you can order the Vive for around $1300.

You still have a number of months before deciding which way to go, or a year if you opt for the Xbox One Scorpio. With any luck, 4K content will be more plentiful by then, making any investment you make worthwhile.

Labor victory fires up Tamil family’s hopes of return to their Biloela home
Perth residents urged to play it safe as massive storm rolls across region
Joe Biden says he’s not fussed by North Korea’s rumoured return to nuclear tests
ACTU hails Labor’s triumph as the first step to pay raises
Analyst: Sharemarket will be anxious about a Labor pact with Greens
French foreign minister hails defeat of Morrison and his ‘notorious incompetence’
Stop telling us to go on a ‘digital detox’
Today's Stories

What to expect from the new Xbox and Playstation