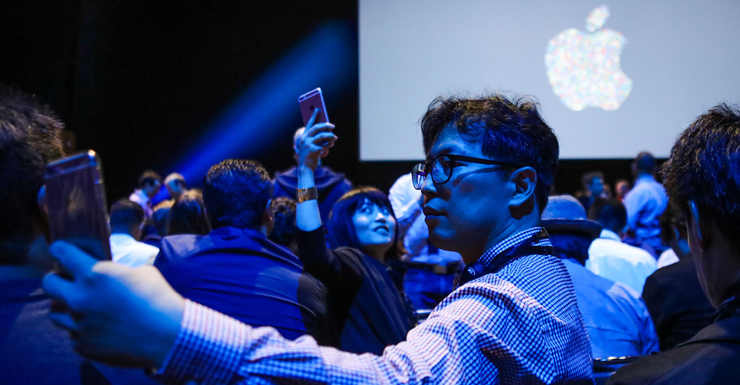 This week’s Apple Worldwide Developers Conference keynote address was chock full of software improvements, but none more exciting than the innovations coming to the company’s iPhone and iPad operating system.

The lion’s share of the presentation was spent exploring the host of new features that will be introduced in iOS 10 from September.

Considering the less-than-enthusiastic response to past updates, you’d be forgiven for thinking the next version of iOS will be more of the same. Gladly, that’s not the case.

The list of improvements (see bottom section below) coming to iOS 10 reads like a smartphone user’s wishlist, with the addition of a few new surprises.

But by far, the greatest innovation is the introduction of expression features to iMessage.

Since the advent of text messaging, digital communication has been defined by limitations, such as word count, screen capabilities or simply language.

While we’ve found ways to deal with these constraints, we became subservient communicators, compromising our ability to express ourselves in the process.

It’s not just the simple addition of fun animations and new emojis. Apple users now have the ability to tailor the tone and impact of communication according to their personality and mood.

Want to indicate your annoyance by slamming your message onto a friend’s screen, shaking the other messages around it? iMessage can now do that.

Want to celebrate a friend’s birthday by releasing fireworks that explode across their entire screen? Your wish is now granted.

For fans of clandestine acts, the new invisible ink feature will win many hearts. Send an invisible message and the recipient will only see the content after swiping their finger to remove the digital dust covering the words.

There’s even a new handwritten message option. Draw your message on the screen with your finger and the receiver gets your very personal communiqué as if you’d passed them a handwritten note in class.

Users can also automatically select emojis into a message, after the app identifies keywords and offers appropriate choices. Just type, tap the word for suggestions and choose your emoji. Say goodbye to scrolling through banks of options.

Each of these features holds the promise of presenting the real you in your messages, and is a big step forward from simply sending words, photos or video.

The other big changes

In addition to the iMessage update, iOS will have a new lock screen that will give users direct access to apps and messaging without needing to unlock their phone. Photos now combines your photos and videos to create ‘Memories’, based on the people, locations or events you capture. Intelligent tagging helps the app identify these elements without requiring user input.

Taking a few design cues from Spotify, the new Music app makes it way easier to navigate and find music, and discover new artists, including new playlists to help you set the mood.

App developers will finally now have access to Siri, increasing her functionality beyond native apps. ‘Siri, order me some Domino’s pizza and show me some cat videos on YouTube’. Win.

A new Home app corrals all your home automation devices under the one roof (pun intended), giving users complete control over their devices to create moods – such as lighting, temperature and audio – and other commonly used states.

Maps has become more intuitive and integrates information from other apps, like Uber and nearby location features. It’s a simple yet smart improvement.

This new iPhone feature will change the way you text