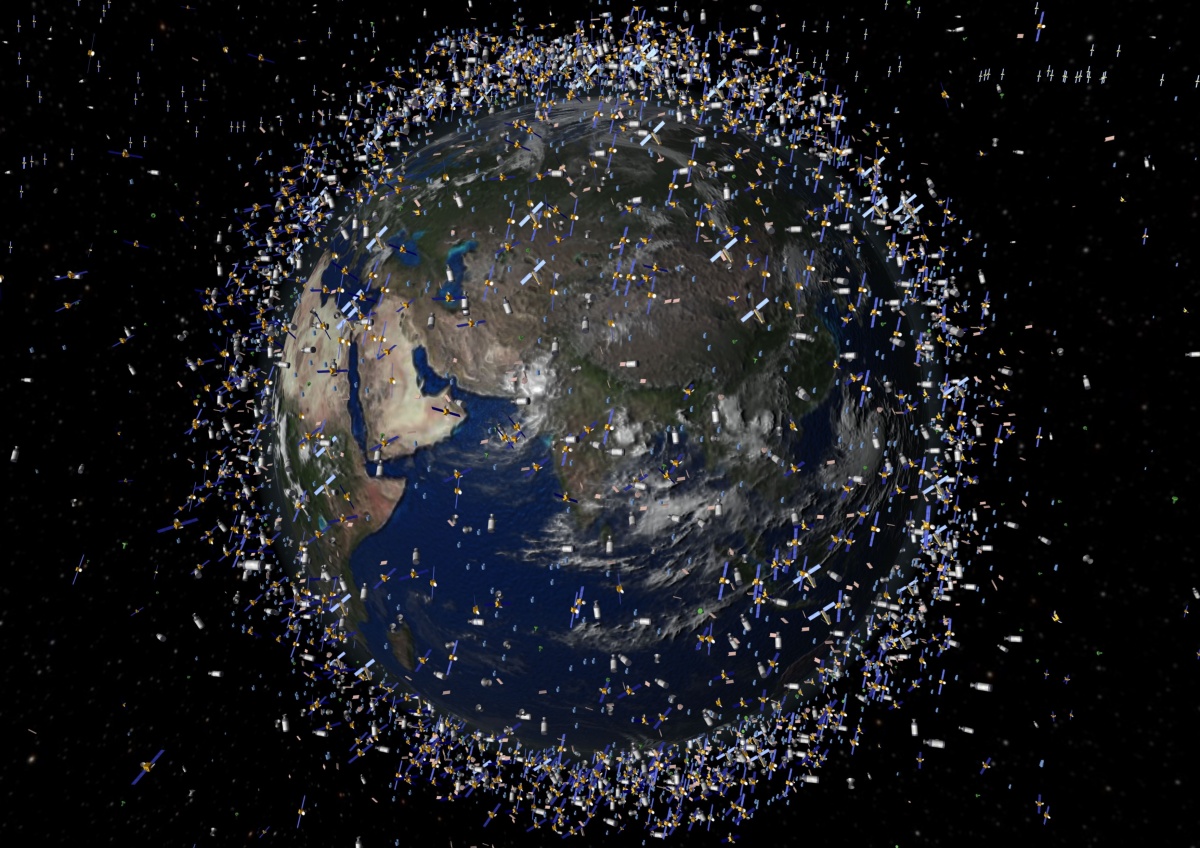 From flakes of paint to used rocket stages, millions of pieces of man-made space debris are flinging around the Earth at high speeds.

It was a concept dramatised in the 2013 blockbuster Gravity, but researchers have said it is a real problem which could cause serious damage to functioning satellites.

“There are about 30,000 pieces of space debris larger than a football … large enough to disintegrate a satellite,” Space Environment Research Centre’s Dr Ben Greene said.

“There are millions of smaller pieces, all of which could destroy a satellite’s function.”

“Australia is the world leader in establishing where the junk is, how much there is and their precise orbits,” he said.

“[By doing that] we can manoeuvre satellites around the debris. Subsequently we want to implement various schemes to remove the junk.”

One proposal involves the use of ground-based lasers to sweep debris away from space infrastructure.

Even on the smallest scale, so-called “space junk” can cause real damage.

Earlier this month a suspected flake of paint smashed into the International Space Station’s (ISS) Cupola window, forming a crack on its quadruple-glazed surface.

“That was a tiny, tiny piece of space debris, the size of a couple of millimetres,” Dr Greene said.

The ISS is fitted with armour-plated quarters for astronauts to shelter during times of high risk – a risk which Dr Greene said is growing.

“The incidence of these collisions is increasing, and every time there is a collision there’s more debris,” he said.

“At some point this all becomes an avalanche of collisions … all the satellites will disappear … and no satellites can safely navigate through that.”

In fact, Dr Greene said the proliferation of space junk was already having real impact on the work astronauts could do.

“Extra-vehicular activity – astronauts moving out into space in space suits – has been all but eliminated as the threat of space junk has escalated,” he said.