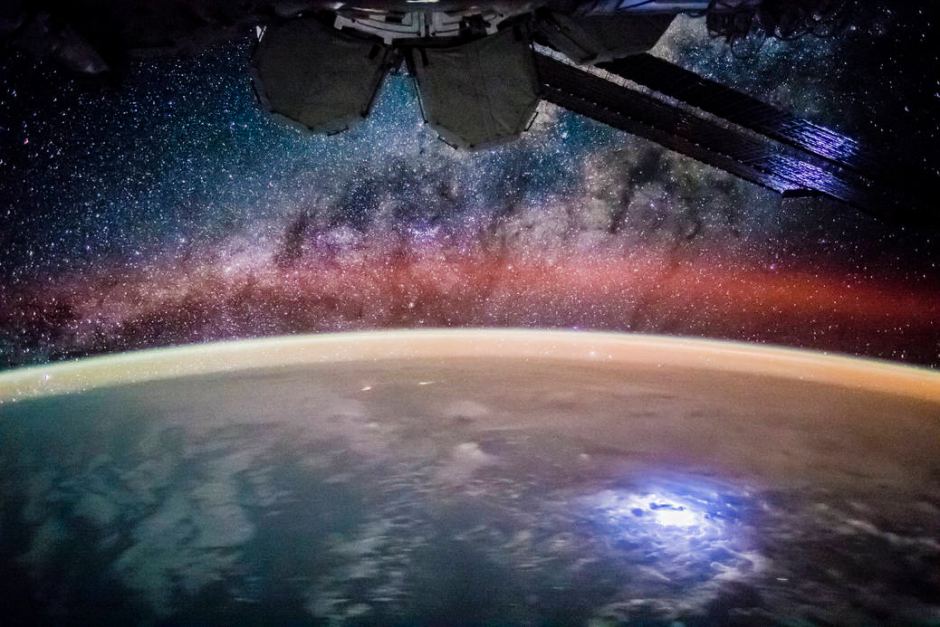 The American space agency, NASA, is experiencing a revival.

A record number of people applied to be astronauts this year as the organisation embarks on its mission to get humans to Mars within two decades.

Fewer than 550 people have ever been into space and those who have, say the experience is life changing.

“My whole perspective on the planet changed when I looked at the Earth’s atmosphere – this thin blue line around this incredibly beautiful planet separating this blackness of space,” Charles Bolden, the head of NASA, told 7.30.

Major General Bolden went to orbit as a pilot and then commander of the space shuttle four times in the 1980s and 90s.

He said back then when he would visit a school and ask students if they wanted to be an astronaut, every hand in the room would go up.

But two decades later, when US President Barack Obama appointed him to the space agency in 2009, something had changed.

“I started going to schools again and I would get one or two hands,” he said.

As a veteran of the space program that was something he was keen to change.

“I had my interview with President Obama, he also emphasised that he wanted to begin to reinvigorate interest in exploration and reinvigorate students in the United States in math and science, so not only was it personal it was also what my boss wanted,” he said.

When both he and Mr Obama finish their terms at the end of this year, they can claim some success – this year 18,000 people applied to NASA’s astronaut program.

That is three times the number that applied for the last intake in 2012 and more than double the previous record of 8000 in 1978.

One of those to apply was Rob Webb, a physics teacher at Pequea Valley High School in Pennsylvania.

“It is really a dream to be one of the chosen few to get out there,” he said.

While he said he knew the competition would be tough, he hoped his passion for education would give him an edge.

“My main focus is trying to take concepts that are highly intricate and have a lot of nuance, and try to simplify them down and transmit that in an entertaining and informational fashion to learners,” he said.

“So, I want to have the experience and impart that on students who are not able to go up there.”

Mr Webb said he knew it was a long shot – he has a 0.08 per cent chance of being accepted for one of the spots available.

“I know it is highly unlikely, but even if I get to the next stage that is a learning experience I can bring home to all of my students,” he said.

“That is something I can impart to all of them. So any little aspect is good.”

Major General Bolden credited the resurgence in interest in NASA to the agency’s diverse successes in recent years.

“NASA has been very successful not just over the last seven years but increasingly successful in science launches and missions – really exciting missions, Curiosity on Mars, New Horizons getting to Pluto, finding and being in close contact with asteroids, and then [film] The Martian, and that I think has brought on a resurgence in interest,” he said.

Last year’s release of The Martian, gave NASA a great deal of free publicity for its next major goal – getting humans to Mars by 2035.

In the movie, Matt Damon’s character gets stranded on Mars and is forced to live on a diet of homegrown potatoes until he is rescued.

It is not the first time Hollywood and NASA have teamed up to make a film about space, but Major General Bolden said movie makers were increasingly keen to get the science right.

“Almost all of it is real and it is based on fact,” he said.

“One day we will have potatoes grown on Mars.”

While he was not sure how Martian potatoes would taste, he said astronauts who last year ate the first lettuce grown on the International Space Station reported that it tasted pretty good.

“It has a sweeter taste to it than lettuce that they are accustomed to here on Earth,” he said.

“So the potatoes may be incredibly delicious.”

But there is a lot to do before astronauts eat vegetables grown on the surface of Mars.

NASA wants to go back to the Moon, the first time it has sent someone since 1972.

It also plans to meet up with an asteroid and put astronauts on spacecraft built by commercial companies like Space X and Sierra Nevada.

While the path forward for NASA will be challenging, an optimistic Major General Bolden said for the next generation of astronauts – and for the kids he talks to in classrooms across America – the world that lies ahead will be “incredible”.