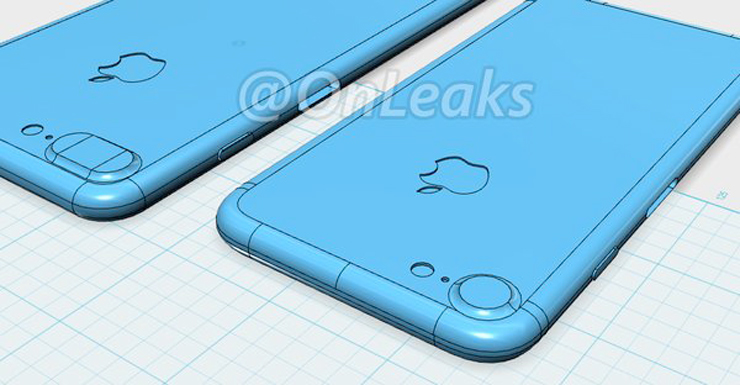 The headphone jack reportedly will be removed from the new handset, a move that has already angered many Apple fans. And the new phone reportedly will come with a dual-lens camera, but only in the more expensive Plus/Pro version – forcing fans of highest-quality photography to fork out more.

uSwitch tech writer Steve Hemmerstoffer made the predictions, backed up by factory blueprints, on Thursday. He has a track record of sourcing accurate leaks.

Backlash against a missing headphone jack is likely if true. The potentially negative response was foreshadowed last year when Japanese blog Mac Otakara first reported that the jack would be removed in order to make the iPhone 7 thinner.

The assumption of many industry insiders is that users would connect their headphones wirelessly via bluetooth or via the ‘Lightning’ connection port at the bottom of the handset.

Consumer reaction to the company’s purported decision to restrict the dual-lens camera to the more expensive version of the iPhone 7 is unclear. As noted by a Forbes tech writer, this might make the regular iPhone “as the significantly poorer relation”, meaning that buyers would have more reason to spend big.

Last month, tech website Verge predicted that dual-lens cameras are the future of smartphones. The advancement is being led by LG and Huawei. An additional lens increases image quality by increasing focus and depth and allowing for wider-angle shots. A downside is larger file sizes (always an issue with higher-quality images).

Can the latest reports be trusted? Forbes rated Mr Hemmerstoffer’s reliability highly, describing him as “arguably the most reliable leaker on the planet”. This level of trust was echoed by many other tech news websites.

Given that Apple jealously guards details of its products before launch, the likely source of these and other leaks is employees or contractors motivated by financial gain.

What else we can possibly expect

It is widely believed that the iPhone 7 will have a slimmer profile (presumably helped by the missing headphone jack). Many in the industry also expect a faster processor and more RAM (the staple of most upgrades) and a waterproof body (now common to the flagship phones of the big brands).

uSwitch also predicted a larger battery capacity and a doubling of the iPhone 7 Pro/Plus’ storage capacity.

Some tech writers have predicted that the new phone will come in rose gold. This would be nothing new – the colour was introduced in the iPhone 6S.

Apple fans can reportedly expect the latest instalment to be launched in September 2016.

iPhone 7 may have two unpopular features