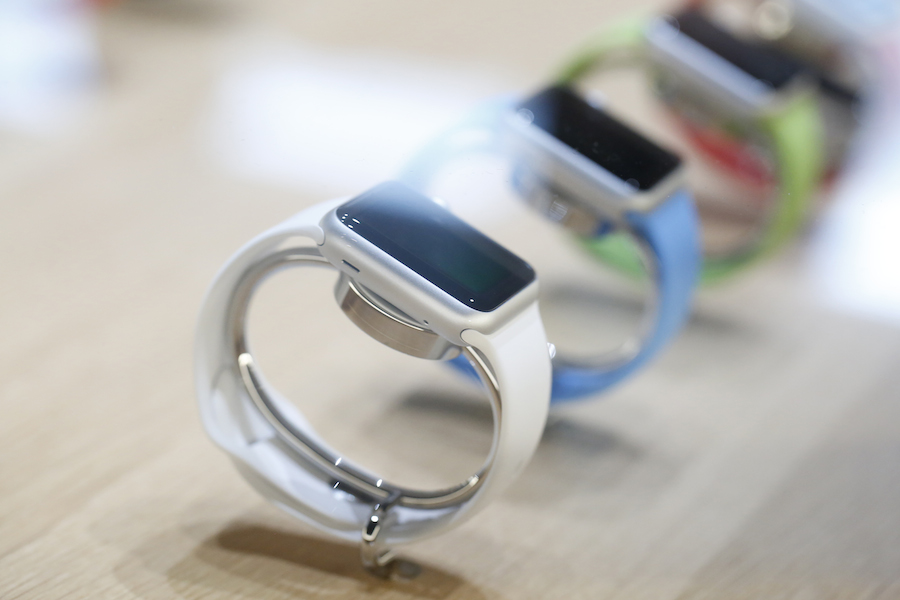 Apple marked the one-year anniversary of the release of its smartwatch, Apple Watch, with the announcement this month of new case colours and watchbands.

But despite the marketing spin and smooth veneer – Apple has declared sales figures, but not units shipped – we’re still waiting for this new device to make its mark.

Apple Watch is highly functional, combining smart notifications, health services, productivity benefits and entertainment – many of the facets of smartphones we love and use on a daily basis.

You could say that Watch offers everything you’ve ever wanted in a smartwatch. You can even make and receive calls from your wrist, just like a retro-era spy.

It’s easy on the eye, contains homages to classic aspects of traditional timekeeping, and even utilises Siri for spoken control, for when you need hands-free navigation and messaging.

The catch is – and here’s the biggest caveat of all – if you don’t use all of Watch’s features, you’re simply wearing an expensive timepiece.

If you simply want a tracking device to augment your fitness regime, a basic stat tracker, like the Fitbit Charge, will cost you around $200.

Want comms on your wrist? The Pebble Time Steel looks just as smart as Watch, but will cost you a few hundred dollars less.

So after the initial excitement following Watch’s announcement in March 2015, a year’s analysis of its features versus the cost has naturally prompted many to question the device’s practicality.

Steve Wozniak, designer of Apple’s first computers, said in a recent Q&A session on Reddit that Apple Watch has “taken us into a jewelry market where you’re going to buy a watch between $500 or $1100 based on how important you think you are as a person”.

“I worry a little bit [about the Apple Watch],” Wozniak wrote.

The lack of GPS and cellular connectivity was a baffling omission from Watch’s design.

These features may come with Watch 2.0, but for now, the requirement to tether to an iPhone for location services, for example, is a big negative for many running and cycling enthusiasts, who could opt for a Garmin, TomTom or Polar GPS watch for less than half the cost.

Australians also miss out on one of Watch’s more practical features, Apple Pay – a contactless form of payment used at a physical point of sale.

With a quick double-tap of the side button and a swipe of your watch at the cash register, funds are electronically and instantly transferred.

Yes, Apple Pay recently became available at American Express cardholders in Australia, but until the service is embraced by the major banks, it remains an unfulfilled promise.

By no means is Watch the company’s biggest failure. Jump on the net and search for ‘Newton’ or ‘Apple Lisa’ and you’ll see there have been as many misses as there have been hits.

What this smartwatch is, though, is a hard sell. Apple Watch can do a lot, but will it do anything for you? One year on, the Apple Watch is a let-down