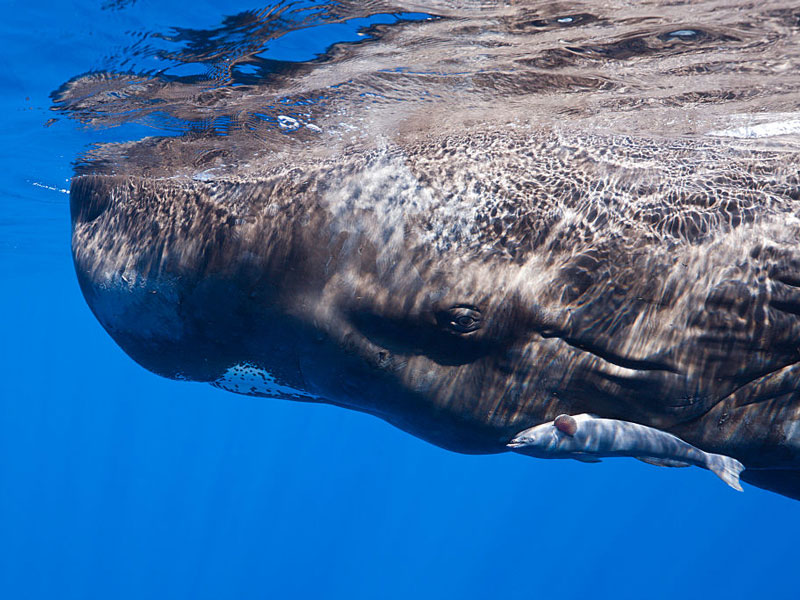 When Herman Melville wrote Moby Dick 165 years ago, he had no idea his whale-hunting epic would be so controversial and spark a long-enduring debate among scientists – could a sperm whale use its massive head to ram a whaling ship?

Now, thanks to an international team of biologists, the answer is yes, it probably could!

In a new study published in PeerJ, researchers used computer modelling to show that the male sperm whale’s forehead, which accounts for one-third of its entire body length and a quarter of its body mass, could have evolved to be used as a battering ram to compete for female sperm whales.

Dr Olga Panagiotopoulou, an expert in the anatomy and bone biology of large animals from the University of Queensland who collaborated on the study, said the findings revealed that the whale’s head contained special tissues that could act as “shock absorbers”.

“The forehead of the sperm whale is one of the strangest structures in the animal kingdom,” Dr Panagiotopoulou said in a statement.

“Internally, the whale’s forehead is composed of two large oil-filled sacs stacked on top of each other, known as the spermaceti organ and the junk sacs.”

In the early 19th century, whalers would hunt sperm whales in order to extract the waxy spermaceti, which was used in lubricants, cosmetics, candles, and as oil for lamps.

In October 1820, the Essex was rammed twice by a sperm whale before sinking approximately 2000 nautical miles west of South America. When first mate Owen Chase, along with three other survivors, returned home to Nantucket, Massachusetts, he wrote an account of the disastrous voyage called Narrative of the Most Extraordinary and Distressing Shipwreck of the Whale-Ship Essex.

“After a large male rammed and sank his ship in the Pacific in 1820, whaler Owen Chase described the whale’s head as admirably designed for this mode of attack,” Dr Panagiotopoulou said.

“The theory was instrumental in inspiring Herman Melville’s novel Moby Dick, but until our research, mechanical feasibility had never been addressed.”

According to the study, connective tissue partitions in the junk sacs may act as shock absorber to reduce impact stresses on the whale’s skull.

The modelling showed that upon impact, the junks sacs are compressed and the tension in the connective tissue increased, which allowed the impact stress to be evenly shared across the bone structure.

“The mechanical advantage of the junk’s structure may be the result of selection and acquired traits related to male-to-male aggressive behaviour,” Dr Panagiotopoulou said.

However, an expert in marine bioacoustics was unconvinced by the modelling and said it would be hard to verify without observing the sperm whale’s ramming behaviour in the wild.

“The authors report one observation where such an interaction may have taken place, but none of the sperm whale experts I know nor myself – I have spent more than a year at sea with sperm whales – have ever seen this,” Professor Peter Madsen, from the Aarhus University in Denmark, told The New Daily.

“The fragile sound producing structures that are critical for echolocation are placed right at the front of the nose … It is very hard to imagine that males during violent fighting can avoid damaging these structures, which would lead to starvation and death.”

The researchers concede that their study has limitations, but Dr Panagiotopoulou hoped “it might stimulate future research to unravel the mechanical function of the head during head-butting events in other species,” where similar modelling is absent. The tale of Moby Dick may be more than fiction