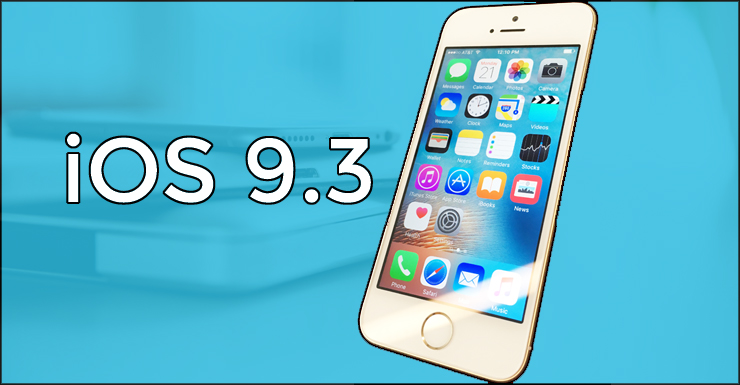 You probably know that Apple’s latest mobile operating system, iOS 9.3, claims to give you a better night’s sleep, but there’s plenty you may have missed.

As of March 22, you can enjoy a more curated approach to your daily news, secure your innermost thoughts from unsolicited eyes and create a better portrait of your health.

Note: some users have encountered a few bugs when updating to iOS 9.3, despite Apple twice releasing new revisions of the software.

Apple has said: “We are aware of this issue, and we will release a fix in a software update soon.”

For those forging ahead, here are the top features to help you get the most out of your iOS device.

Maps now features Yelp integration, offering dining, entertainment, fun and travel details with a quick tap in the address box. And if you live in Sydney, Maps is now integrated with train timetables to make catching public transport easier.

If you use a Bluetooth keyboard, you can now also Apple+Tab your way through apps like you would in Apple’s desktop and laptop OS X, as well as use the Space bar in browser pages and Apple+Space to access Spotlight search functions.

And Apple Pay is now available in Australia for use with American Express.

Blue light is the devil, or so popular culture will tell you.

Apple has taken this widely accepted belief on board and introduced a new feature called Night Shift, which reduces the amount of blue light in your display in favour of warmer orange tones.

The idea is that by producing less stimulating blue light, your iPhone screen will stimulate the brain less and reduce disruption of the body’s circadian rhythm: the biological clock that determines our sleep cycles.

This feature is timed automatically using geo-location to determine sunset and sundown. Or you can set it manually.

While Apple’s News app debuted as a clone of popular news app Flipboard, it’s now slowly becoming a more personal experience, thanks to a new For You section.

When scrolling through your news feed, it’s now possible to ‘tune’ the stories that appear with a simple LIKE, teaching the app what stories you like and don’t like, much the same as you would with a streaming music service, like Pandora or Spotify.

What results is a more personal news experience; one ultimately designed to ensure you continue using Apple’s aggregated News service as opposed to any one particular third party’s news app.

A continued focus for many mobile operating systems; the changes to Apple’s Health apps make it easier to access your details and improve overall functionality.

Find app recommendations to help tune your exercise regime directly via the Health app, accessed through sections like Steps, Walking + Running Distance, Active Energy and so on.

The Activity app now shares workout data to the Health app, including Apple Watch data, presenting everything in an easily digested form.

A security feature of a number of third-party cloud and note-taking apps has now found its way to Apple’s native Notes app – passcode locking.

Using Touch ID or your password, you can now prevent prying eyes from peeking at your shopping list and mindfulness mantras. Take that, FBI!