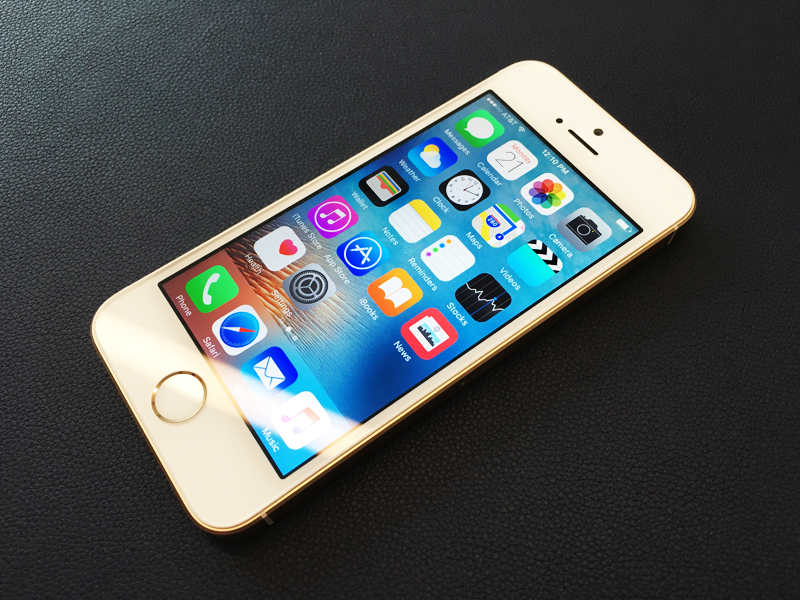 Apple has announced additions to its product range at a launch event at its Silicon Valley headquarters, including a smaller version of the iPhone that could recoup the company’s flagging profits: the iPhone SE (Special Edition).

Before beginning the presentation, CEO Tim Cook did not waste the opportunity to outline the company’s current struggle with the US Department of Justice, opening with a manifesto of sorts, saying: “We will not shrink from this responsibility.”

As many analysts predicted, the company revealed a smaller version of the iPhone, as well as an updated iPad Pro and new styles of Apple Watch bands at the Tuesday launch event in California.

After Apple’s last quarterly results forecast flagging iPhone sales, talk turned to what the company would do to stem the loss of users to other manufacturers offering cheaper premium smartphones, or those who simply weren’t upgrading. We’re talking Samsung, Alcatel, Huawei et al. The iPhone SE appears to be the answer.

Answering the call for a cheaper iPhone was today’s biggest win for Apple. Provided they have the stock to keep store shelves loaded, the company may stem the recent decline in iPhone sales and win new hearts in the process.

With a familiar form and feel, the iPhone SE will now bring Siri and motion tracking capabilities to a 4-inch handset, along with a 12-megapixel camera, which supports time-lapse and slow-motion video capture. Other features include improved WiFi and cellular connectivity and integrated NFC (Apple Pay).

It will come in space grey, silver, gold and rose gold in 16GB and 64GB models starting from A$679. It will be available in Australia for pre-order from March 24 and in stores from March 31.

With a 9.7-inch screen, the new iPad Pro is the same size as Apple’s first iPad, but packs the same display technology used in the 12.9-inch iPad Pro, along with the latest generation A9X processor and a 12-megapixel camera that supports 4K video capture.

Brighter than the iPad Air 2 and featuring the lowest reflectivity of any tablet, the new iPad Pro sports a new feature: True Tone Display, which measures the ambient light and adjusts the colour temperature of the display accordingly, to offer a more comfortable visual experience.

Those who’ve committed their soul to the House of Mac with the purchase of an Apple Watch will be pleased to hear the company has increased the range of watchbands available for the expensive smartwatch.

New woven nylon bands come in a variety of colours, alongside some new colours for existing bands, and finally a space black Milanese loop band.

The recently updated streaming service from Apple is getting a few tweaks. Users can now organise apps into folders, eliminating the endless scroll to find your favourite apps, of which there are now over 5000.

By far, Dictation will be the biggest boon for many users. No longer will you need to waste precious minutes entering your password; just speak and Siri will do the rest.

While the last update to Apple’s mobile operating system introduced a number of special features, like multitasking and 3D Touch, if you were toting an older device the only improvements were multitasking features and standard improvements in performance and battery life.

The new version, iOS 9.3, will benefit all users. It features Night Shift, which adjusts the colour of your display as evening sets in to reduce visual stimulation (blue light) to give you a better night’s rest.

General improvements have been made to News, Education and CarPlay. And a suite of health apps, called CareKit, have been developed with leading health experts to allow users to communicate directly with their physician and track health data.

Password protection has also been added to the Notes app – sorry, FBI.