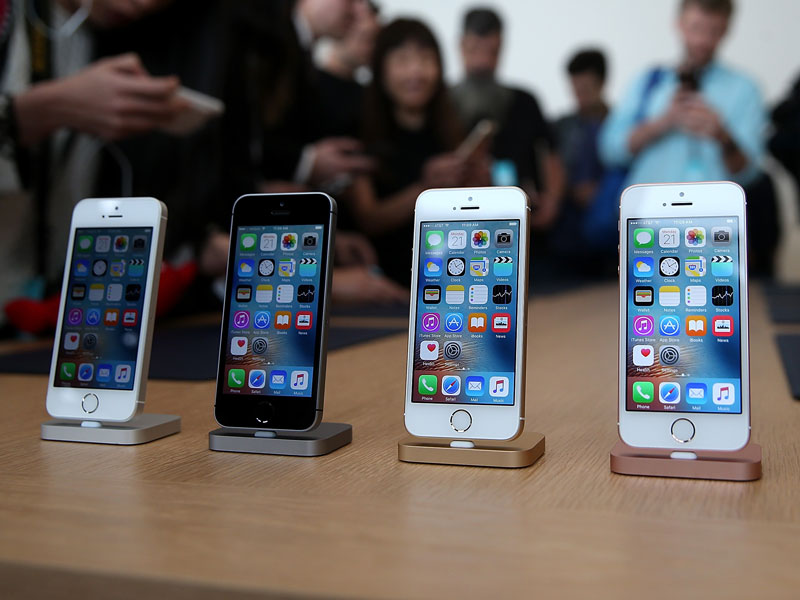 The announcement on Tuesday (AEST) of Apple’s new iPhone SE smartphone could not have come at a better time.

With all the power and features of the iPhone 6s (barring 3D Touch) packed into the familiar size and form of the iPhone 5s, this new smartphone will likely remove many people’s problems with the iPhone line, the main being price.

If a success, the new handset could also stem the slow leak of iPhone revenue the company has forecast, although many have pointed out market saturation as the reason for dwindling profits.

• Apple reveals new mini smartphone: the iPhone SE
• Apple takes on the FBI to protect your iPhone data
• The latest prank that will kill your iPhone

Regardless, consider this new iPhone a Hail Mary from a tech giant groaning under the weight of its own success.

When you consider the hardware specs match the iPhone 6s in almost every way, shaving $250 (the 16GB iPhone 6s is $1079) off the price means you lose 0.7 inches of screen and 3D Touch. Some might say that’s a fair trade; others may complain it’s the Emperor’s New Clothes.

But this not a ‘budget’ handset – there are many cheaper smartphones out there. However, it IS a cheap premium smartphone.

When Apple first attempted a budget handset, the iPhone 5c, they merely took the guts of the iPhone 5 and wrapped it in a plastic case. This coincided with the release of the iPhone 5s, which featured an updated processor and camera that the 5c missed out on.

The difference with this second attempt is the new iPhone SE contains the best hardware Apple currently uses, in a smaller package, at reduced cost.

This fact alone will be enough for some users to upgrade, or for those not currently Apple devotees to dip their toes in the water.

The good, the bad and the convenient

The fact that the iPhone SE is also one of the smallest and most powerful 4K video recorders available likely won’t be lost on some. If you’re upgrading for this aspect alone, you certainly have a lot to gain.

But if this is your main reason to upgrade, be warned – one of the few compromises of this phone will become a deal breaker. We’re talking storage.

At 16GB for the smallest model, you’ll be lucky to fit a fraction of your iTunes library, let alone shoot more than a few minutes of 4K video (five minutes equates to roughly 2GB).

Lastly, good news for those fixated with aesthetics: your old iPhone 5 and 5s cases will fit the new SE. Enjoy!

With iPhone sales traditionally slumping between April and September each year – a combination of consumer anticipation of the next iPhone update in September and Samsung’s Galaxy line updates every first quarter – the release of the iPhone SE in late March will go some ways to flatten out the peaks and troughs in Apple’s annual smartphone sales.

Like a theatre audience voting with their feet, smartphone consumers declared they wanted to see a better, or simply cheaper, iPhone alternative before upgrading.

Rather than offering the world a sub-premium handset at a slightly reduced price, Apple has produced a smartphone on par with its best and sliced nearly a quarter off the price.

For many, it will prove an offer they can’t refuse.