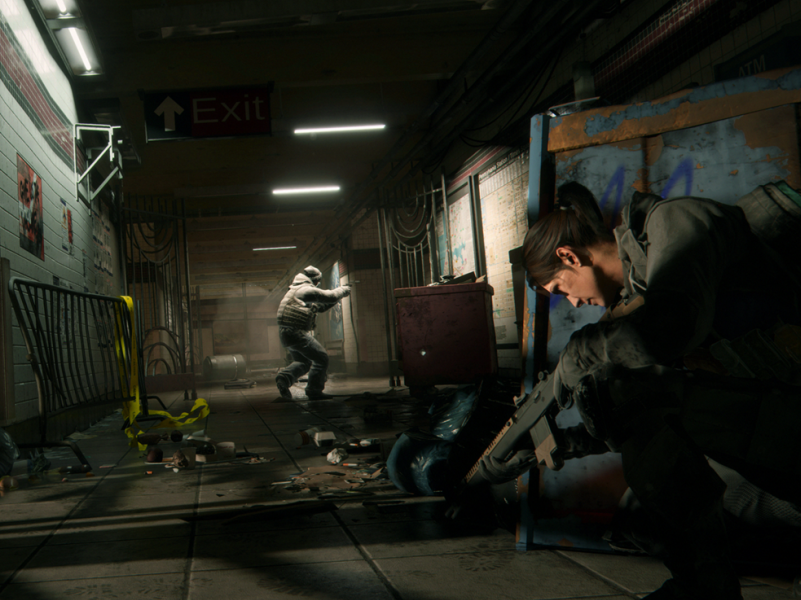 In news welcomed by video gamers the world over, Microsoft has announced its Xbox One gaming system will now support cross-platform gameplay between PC and PlayStation 4 – news that neatly coincides with the release of the year’s most anticipated MMO (Massively Multiplayer Online) game release, The Division.

In a blog post on its website, Microsoft stated: “We’re enabling developers to support cross-network play … players on Xbox One and Windows 10 using Xbox Live will be able to play with players on different online multiplayer networks – including other console and PC networks.”

• A challenger to Xbox and Playstation has arrived
• How Google wants to kill off Microsoft Office
• The surprising phone rival to Apple, Samsung

Like street gangs from a Broadway musical, the chasm dividing PlayStation and Xbox owners has been a pit of rivalry among gamers for quite some time.

This announcement from Microsoft is a sign the company is willing to put aside its differences to the benefit of gamers worldwide.

Up until now, online multiplayer gaming has been restricted by system; meaning Xbox users have only ever been able to connect to other Xbox gamers, PC users to PC, and so on.

Basically, you can’t play with a friend using a rival system, no matter how friendly you may be with them on Facebook.

For example, players of the action first-person-shooter franchise, Call of Duty, have only ever been able to play against online gamers using the same console, despite players numbering in the tens of thousands at any particular time.

If you’re not a gamer, imagine you want to play a game of Monopoly with a friend, but instead your friend has their own copy of Monopoly, which they play by themselves in another room at the same time.

The lifting of restrictions by Microsoft now means players can potentially play online with anyone they want.

“It’s a great move to have more openness between platforms,” Wright said.

“With multiplayer games you have a fragmented player base [between systems]. So, the more players you have in one place, the more likely you are to play games.”

The studio recently released Screencheat – a split-screen shooter game where invisible players use their rival’s screen to determine where to move and shoot. The lifting of platform restrictions will be a benefit for the many PC players already playing the game.

“Screencheat has had a success on PC, but it feels more like a console game – that’s really the audience.”

However, there’s a catch. Just because Microsoft has made the magnanimous move to allow cross-platform gaming, the growth of this feature now rests in the hands of game developers.

What this means for The Division and co

Although Microsoft has stated Xbox One players can still opt to play solely with other Xbox players only, cross-platform gaming gives players of games like The Division – a massive open-world third-person shooter – even greater gaming potential.

Set in a post-pandemic New York City, The Division allows players to walk the desolate streets of the once mighty city, rescuing survivors and fighting opportunistic villains bent on causing havoc and worse.

The game world created is vast and beautifully detailed, inviting players to explore and delve into its many secrets across many hours of rewarding play.

It’s also a game that requires a huge amount of players in order to complete the illusion, immerse them deeper in the story and help gamers suspend their disbelief.

Considering this news from Microsoft, we may now see these kinds of games reach their ultimate potential.

With some big-ticket games like The Division spending years in development, it could still be some time before game developers universally embrace a cross-platform world.

That said, the opportunity this presents for smaller studio releases affords them a greater audience, meaning more gamers get to play more independent games.