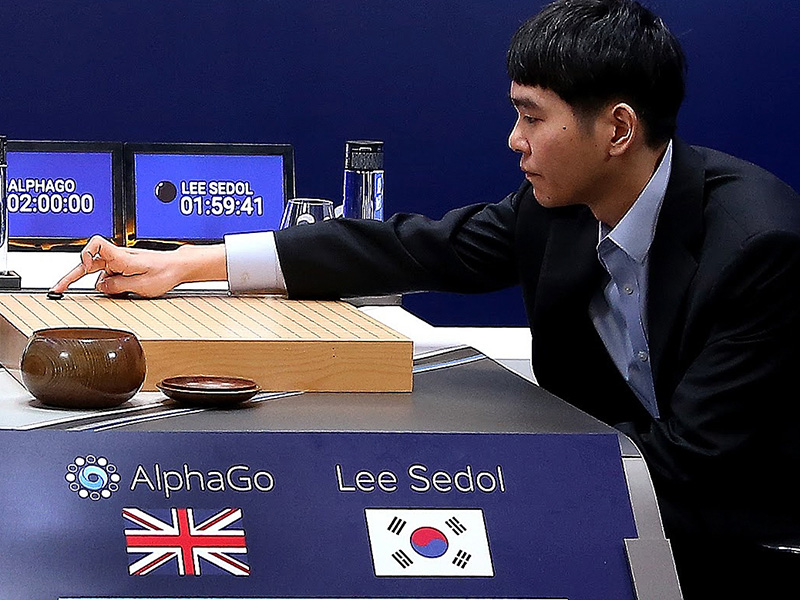 A Google computer program has stunned the human world champion at the ancient game of Go, signalling “a momentous occasion” in the history of artificial intelligence.

• The G5: dawn of a new kind of smartphone
• The trendy piece of tech that’s dwarfing Apple
• How Facebook knowns when you’re asleep

But the AI had been expected to struggle against 33-year-old Mr Lee, who has topped the world rankings for most of the past decade.

Mr Lee resigned from the match after about three-and-a-half hours, when he realised the computer had taken an unassailable lead.

He said he was shocked at the result.

“I was very surprised because I did not think I would lose the game,” said Mr Lee, who has won 18 world championships since becoming a professional Go player at age 12.

“I think a mistake I made at the very beginning lasted until the very end.

“And I didn’t know AlphaGo would play the game in such a perfect manner.”

Google DeepMind team member David Silver said it was an “amazing game of Go that really pushed AlphaGo to its limits”.

Go is a turn-based game played with black and white pieces on a 19-by-19 square grid. It has been played in China for more than 2500 years.

Its Mandarin name means ‘encircling game’. The object is to place a greater number of stones on the board to seal more territory.

An expert told The New Daily that Go was the “Mount Everest of board games” and the AlphaGo’s victory was a “measure of the progress the world was making” with AI technology.

Hundreds of thousands of people watched the game live on TV and YouTube. The remaining four matches will end on Tuesday.

Some 300 journalists from around the world have gathered in Seoul to witness Mr Lee try and win the $1 million series prize.

‘Holy Grail’ of AI vs. humans

AI expert Toby Walsh told The New Daily the victory was a watershed moment for the progress of artificial intelligence technology.

“It started with games like backgammon, draughts, and then finally there was Deep Blue in ’97 that beat [Garry] Kasparof at chess, which was obviously a huge watershed moment for game AI.

“Since then the really big remaining Holy Grail, if you like, has been Go.”

here’s the board from #alphago’s amazing victory over lee se-dol https://t.co/16QOqOL467 pic.twitter.com/4x31ppMDge

Mr Hassabis after the match expressed “huge respect for Lee Se-dol and his amazing skills”, calling the game “hugely exciting” and “very tense”.

While Mr Walsh accepted the difficulty of winning a game of Go, he said there was still much for AI technology to achieve.

“There are other aspects of AI that we struggle with,” he said. “Games are a simple, elegant, precise framework in which to play.

“But playing the game of life, it is not clear what the rules are and when you have won and there are thousands of things you could choose to do at the one time.

“There is still a lot of challenges left in AI – understanding language, dealing with uncertainty and the unknowns of the real world are still a big challenge.”

Mr Walsh also said the AlphaGo machine might not be much good for any other task in itself, but said that type of technology would help Google improve its products.

“It would help even just their search algorithm get better results through the masses of webpages the technology could scour,” he said.

“It could help match your emails better to adverts, with speech recognition, question answering (GoogleNow) or even image recognition to spot people’s photos faces better and recognising places.”

– with reporting by Jackson Stiles and agencies