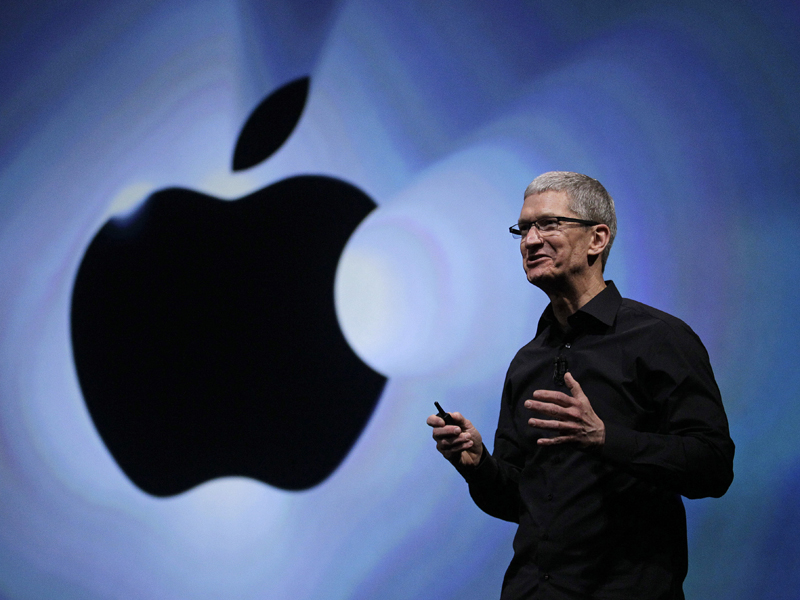 Apple became the first publicly traded company to be valued at one trillion dollars. Photo: Getty

Apple CEO Tim Cook got a standing ovation Friday at his first stockholder meeting since his company’s clash with the FBI unfolded.

He defended the company by saying: “These are the right things to do.”

On Thursday, the tech giant formally challenged a court order to help the FBI unlock an encrypted iPhone used by a murderous extremist in California.

The CEO won praise during the meeting from the Rev. Jesse Jackson and Cindy Cohn, executive director of the Internet rights group the Electronic Frontier Foundation.

“We applaud your leadership,” said Jackson, a longtime civil rights leader and former adviser to Martin Luther King, Jr. “I recall the FBI wiretapping Dr King in the civil rights movement,” Jackson added. “We cannot go down this path again. Some of us do remember the days of (former FBI director J Edgar) Hoover and McCarthy and Nixon and enemies lists.”

Federal officials have said they’re only asking for narrow assistance in bypassing some of the phone’s security features. But Apple contends the order would force it to write a software program that would make other iPhones vulnerable to hacking by authorities or criminals in the future.

Major tech companies are also rallying to Apple’s cause, and now plan a joint “friend of the court” brief on its behalf. Facebook said it will join with Google, Twitter and Microsoft on a joint court filing.

Cook offered only brief remarks about the FBI case, and most questions from shareholders concerned other aspects of Apple’s business.

A hearing on the iPhone legal dispute is scheduled for next month.