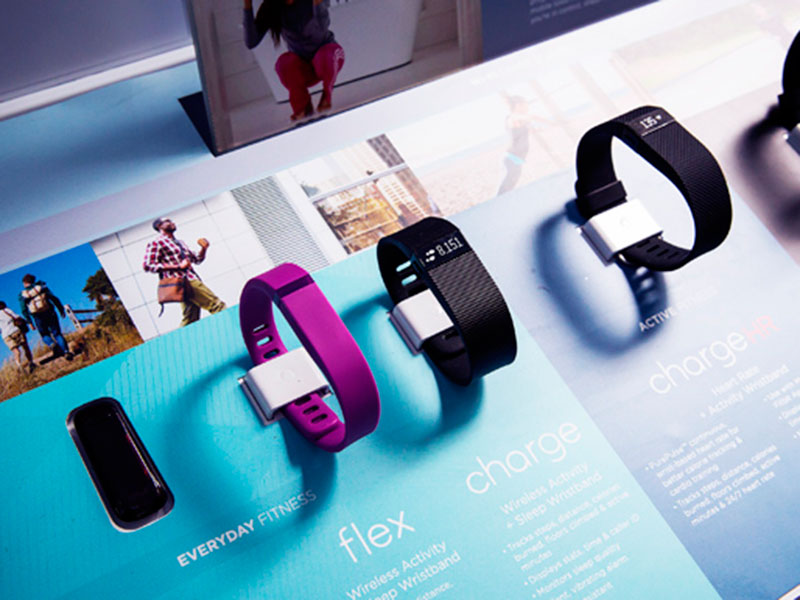 Apple has lost the battle of the wrist to Fitbit, which is now arguably synonymous with the word ‘wearable’.

New data from an international research group confirmed this week the company’s dominance. In the final quarter of 2015, Fitbits outsold Apple Watches two-to-one.

Sure to irritate Apple further, the free Fitbit app was the most downloaded from the Apple app store on Christmas and Boxing Day in Australia, the USA and Canada, according to research firm App Annie. Clearly, many gift recipients were excited to try out the devices after unwrapping.

Fitbits are wireless, portable devices that track the user’s food, water, sleep and exercise. They range in price from A$82 for a Fitbit that clips to clothing to about A$400 for the most expensive watch.

A tech futurist told The New Daily that the company has captured the dominant market position, not just through savvy marketing that has made them “almost synonymous with the industry”, but also by giving consumers what they want – simplicity and affordability.

“The Fitbit is an off-the-shelf product. You don’t need to know or have or do anything. You just have to buy it and shove it on your hand. It doesn’t necessarily have to connect to a laptop or anything elaborate if you don’t want to, although it can of course,” futurist Morris Miselowski said.

In contrast, the Apple Watch is “really an entry product” for early adopters, not the mainstream market, he claimed.

“Apple doesn’t fit in that broader market place. It still only plays to its ecosystem with a limited range of possibility – and it’s expensive.”

Apple Australia responded to The New Daily‘s request for comment by pointing to CEO Tim Cook’s remarks on quarterly earnings from January.

“We expanded distribution of Apple Watch to almost 12,000 locations in 48 countries during the quarter. As we expected, we set a new quarterly record for Apple Watch sales, with especially strong sales in the month of December,” Mr Cook said.

Why are we buying them?

Compared to Fitbits, the Apple Watch does far more. It tracks health data like its main competitor, but can also send texts, make calls, run apps, give directions and perform internet searches when connected to an iPhone.

It is also far more expensive. The most costly Fitbit, the Surge watch, starts at A$400, whereas the cheapest Apple Watch starts at A$499.

Fitbits are specifically marketed as health and fitness devices. They are able to track calorie intake, water intake, steps per day and sleep patterns.

As confirmed by Wednesday’s IDC report, consumers have clearly indicated their preference, although an expert said the average buyer may not be entirely sure why they are buying these wearables.

“I’m not sure consumers know why they want them, to be truthful,” tech futurist Mr Miselowski said.

“It’s a new technology we never knew we wanted or needed. It just wasn’t anything that was in our mindset. All of a sudden we’ve become aware that for a couple of hundred bucks we can do something unusual that we’ve never been able to do before, so we have our early adopters jumping in.

“I think they’re seeing that everybody else has them, and that they’re inquisitive.”

Will the novelty wear off?

Research firm Endeavour Partners estimated in 2014 that about a third of trackers get abandoned after six months.

Mr Miselowski predicted a similar “disillusionment phase” this year after the hype of Christmas, but was convinced the devices would stand the test of time.

“My concern is that we will drop off into a disillusionment phase this year – that people who have bought these devices, worn them for a couple of months, counted their steps or done whatever and thought, ‘Is that all there is to it?'” Mr Miselowski said.

“Three or four months down the track, they may look at it a little bit less, get a little bit disillusioned with it, but I’m fairly sure that will take care of itself when we start to see more purposeful uses for it.”

Fitbit will continue to dominate the market, at least in the short term, Mr Miselowski predicted – and that wearables would eventually make other forms of technology obsolete.

“In many ways, they’ll do away with our mobile phone as we know it now.”