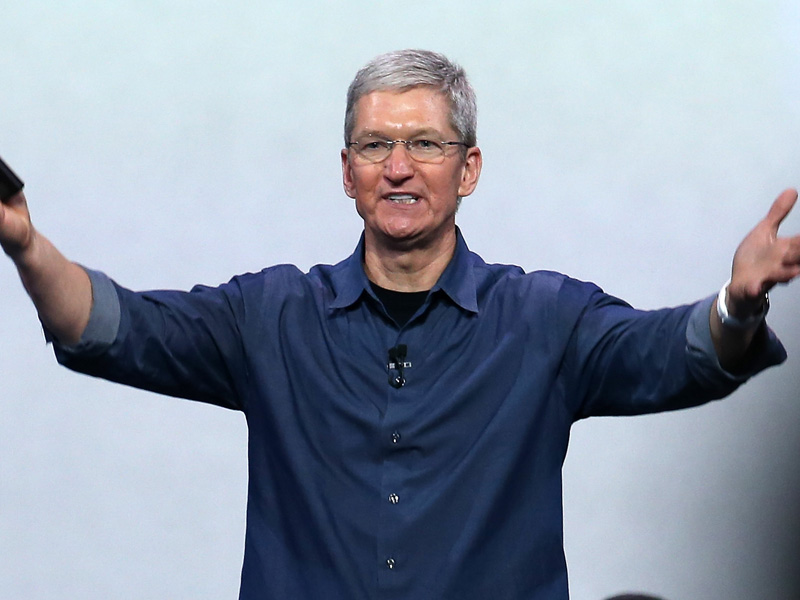 Tech-giant Apple will fight a court order to help the FBI hack into the iPhone of a suspected San Bernardino shooter.

On Thursday (AEDT), Apple CEO Tim Cook said his company would contest the United States federal judge’s order, warning it would create a “master key” that could unlock “hundreds of millions” of phones.

“In the wrong hands, this software — which does not exist today — would have the potential to unlock any iPhone in someone’s physical possession,” Cook wrote in a letter to customers.

“The FBI may use different words to describe this tool, but make no mistake: Building a version of iOS that bypasses security in this way would undeniably create a back door.

“And while the government may argue that its use would be limited to this case, there is no way to guarantee such control.”

Magistrate Sheri Pym ordered Apple to assist the FBI to break into an iPhone belonging to Syed Farook, one of the shooters in the December 2 attack that killed 14 people.

Farook and his wife, Tashfeen Malik, died in a gun battle with police.

The order required Apple to supply the FBI with software that could be loaded onto Farook’s state-owned phone to bypass a self-destruct feature that erases its data after too many unsuccessful attempts to unlock it.

Cook’s response set the scene for a legal battle between Apple and the federal government, tipped to have ramifications on national security and digital privacy legislation.

“Some would argue that building a backdoor for just one iPhone is a simple, clean-cut solution,” Cook wrote.

“But it ignores both the basics of digital security and the significance of what the government is demanding in this case.”

In 2015, the Silicon Valley company told a federal judge in New York that it was “impossible” for it to unlock Apple devices that run an operating system of iOS 8 or higher.

Prosecutors said Apple could assist investigators by disabling “non-encrypted barriers that Apple has coded into its operating system”.

White House spokesman Josh Earnest said the FBI request for access did not mean they were asking for  unauthorised access into the company’s device or for it to be redesigned.

“They are simply asking for something that would have an impact on this one device.”

The company can appeal the court order to the district court and, ultimately, the US Supreme Court.

Apple takes on the FBI to protect your iPhone data