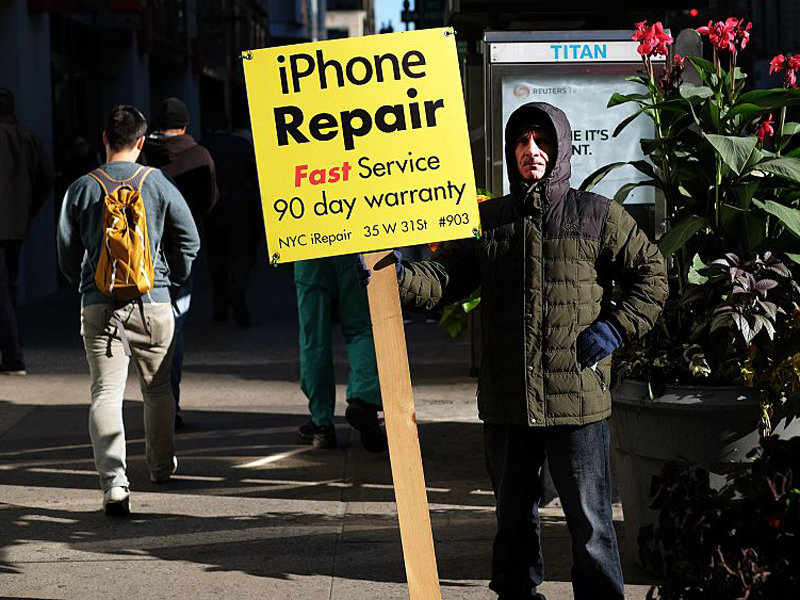 Tech giant Apple amazed the world this week with a record-breaking profit, but it was some bad news hidden deep in the results that will make consumers smile.

On Wednesday, the company announced a net profit of USD$18.4 billion for the October-December 2015 period — the largest net quarterly profit of any company in history.

But despite shifting more than 74.8 million iPhones over that period, the company indicated it expected sales of its iconic smartphone to slow in future. Indeed, the current results were only fractionally more than the same time last year (74.5 million units sold).

A company that could apparently do no wrong by shareholders and users alike, Apple now appears to be a victim of healthy competition and an unpredictable global market.

That’s good news for smartphone users, who are increasingly enjoying greater choice, from an expanding list of manufacturers, when considering whether to purchase a premium Apple product or a cheaper, equally featured handset from a rival company.

Despite the big profit announcement, Apple forecast revenue of USD$50 to USD$53 billion in the next quarter, down from USD$58 billion in the same period last year.

Apple shares have been dropping since July 2015, with more than US$220 billion wiped off the company’s value over the following six months, with stock value entering ‘bear’ territory around mid December 2015.

The evidence of Apple’s fight for mobile users is further illustrated by historical data, beginning when Samsung took the lead in global market share in Q2 2011.

Since then, Apple has come close, but not close enough, to luring smartphone customers away from the latter’s dominating Galaxy S brand, no more so than when the company released the iPhone 6, in 2014.

The release of the iPhone 6s in 2015 saw Samsung’s percentage dip only minimally, while at the same time manufacturers Huawei and Lenovo saw an increase in market share compared to the same time the previous year: 60 per cent and 11 per cent respectively.

A tough market for the tech giant

In addition to facing multiple competitors in a turbulent global economy, the latest figures also indicated the manufacturer faces a saturated global market.

A December 2014 report by The Digital Industry Association of Australia highlighted a slowing sales trend, finding smartphone ownership across the Australian population remained almost the same as the previous year — 88 per cent in 2013 and 89 per cent in 2014. Of those surveyed, about half indicated they did not intend to buy a new smartphone in the year 2015.

Even though Apple’s flagship smartphone was the company’s stand-out product released in 2015, there is no doubt that iPhone sales remain stagnant in most countries; even falling in others.

And while Apple and Samsung have engaged in an annual tennis match for market share, the big two are now slowly losing ground to other manufacturers bearing equally full-featured premium smartphones, such as Huawei — a brand that dominates the Asian market and became the third largest mobile phone vendor in 2015.

Over the last 12 months the smartphone market also witnessed the arrival of cheaper mobile solutions as alternatives to the many $900-plus handsets now available, with the arrival of budget-friendly smartphones from the likes of Motorola and Alcatel OneTouch’s Idol 3 smartphone (which runs Android 5.0 and retails for $379).

How Apple’s struggles benefit you

Even though Samsung retains dominance of the global market, Apple’s slump will give manufacturers like Huawei and the budget brands scope to develop and sell more products in more countries.

As Apple’s grip on the premium smartphone market slides further, expect its competitors to offer you a greater choice of handsets, cheaper prices and the flexibility to upgrade more often as a result.

So despite Apple’s record-breaking results, an analysis of the figures tells a different story: one that will allow other players in the smartphone arena to bring new products to market and ultimately benefit the consumer. Why Apple’s iPhone slump is good news for you