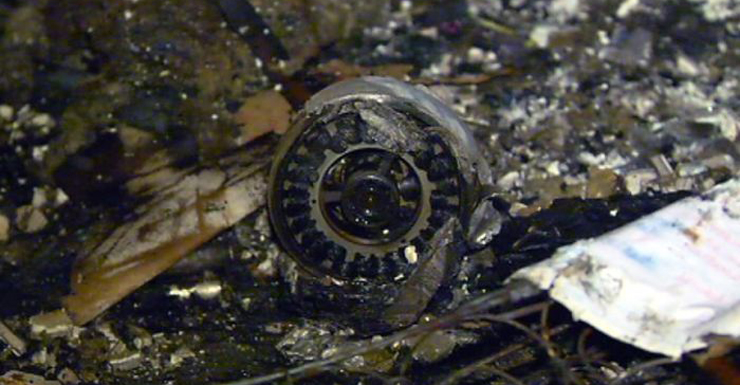 A dodgy hoverboard that left a Melbourne family homeless could be just the first of these popular Christmas gifts to burn down houses.

Experts have warned Australian families to be wary of all the self-balancing electric toys, as they try to determine exactly which type was responsible for the blaze.

The nation’s electrical regulator, working with the Melbourne fire brigade, determined that a charred hoverboard found inside the Strathmore home “definitely” caused the blaze. But its brand and model is as yet unknown.

• Melbourne home destroyed by hoverboard fire
• This popular Christmas gift may be illegal in Australia
• Consumers be warned: don’t buy these hoverboards

“It was definitely the battery in the hoverboard that caused the fire,” Electrical Regulatory Authorities Council (ERAC) chair Neil Fraser told The New Daily.

“We’re pulling it apart one piece of charcoal at a time to try to find the source of the fire within the actual hoverboard.”

Firefighters attended the Lebanon Street address just after 7pm on Monday night. The blaze started in a child’s bedroom, where the hoverboard was plugged into the wall to charge. From there, the fire spread to the bed and then to the rear of the brick home before it was put out, according to the Metropolitan Fire Brigade.

Ash Ibraheim and his four daughters escaped unharmed, thanks to a smoke alarm.

‘We don’t know which hoverboard to blame’

The electrical regulator was unable to identify the device on Tuesday, apart from the fact it was bought in Sydney, despite obtaining an undamaged version of the same hoverboard from the home (given as a gift to another of the man’s daughters).

“We’ve now got the hoverboard and charger. There’s no identifying marks on any of them. We don’t know what brand they are. We don’t even know where he bought them,” Mr Fraser said.

“No names, no brands, no approval markings, no ratings, nothing.”

A spokesperson for the consumer watchdog said owners of the toy should consider not using them at all until experts determine the exact cause of the Melbourne fire.

“If you are going to use them, don’t leave them unattended.”

‘Made in China’ strikes again

While the electrical regulator was unable to identify the brand, there was one very clear marking on the charger: “Made in China.”

According to ERAC, the hoverboard’s charger also did not have the regulator’s approval mark (known as the RCM tick), and thus was illegal for sale in Australia. It may have contributed to the fire, Mr Fraser said.

An investigation by The New Daily in December revealed that some hoverboard chargers were being sold without overcharge protection, and were thus illegal and dangerous. Later that month, six types of hoverboards were recalled nationwide because they were sold with unapproved chargers — all of which were made in China.

Dodgy chargers have been blamed for multiple hoverboard fires in the US, UK and other countries in recent months.

ERAC’s spokesman reminded consumers to only buy electrical goods marked with the Australian regulatory compliance mark (RCM): a tick surrounded by a triangle.

“I’ve never found a product that was manufactured as approved with the RCM on it that’s failed,” Mr Fraser said.

“There’s a lot of hoops to go through to put that [mark] on.”

They will be looking for these hoverboards: Hoverboard fire: ‘Don’t use any of them’