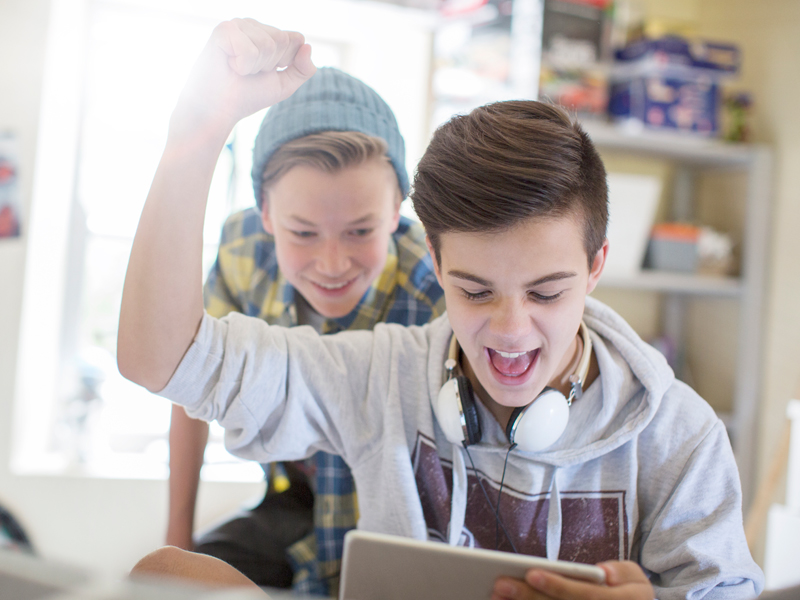 For better or worse, iPads have taken off among children. Photo: Getty

Microsoft is going to conquer Apple in the tablet stakes, an Australian tech expert has predicted.

A report released in early December is bad news for the iPad. For the first time this year, the tech giant didn’t lead online tablet sales in the US for a calendar month (October), according to 1010data Facts for Ecom Insights.

Microsoft trounced its rival 45 per cent to 17 per cent with the release of the Surface Book and Surface Pro 4.

• Apple’s giant, expensive new iPad Pro is not for everyone
• Microsoft throws down the gauntlet to Apple
• New class of ‘pure droid’ smartphones on the rise

Tech expert Paul Lin of app development company Empirical Works interpreted this as the beginning of the end for Apple’s dominance of the tablet market, heralding the Surface Book as the new leader that would “slay” its rival.

“Microsoft are back in a serious way,” Mr Lin told The New Daily.

“After being overwhelmed by the iPhone juggernaut, which has far outsold Microsoft’s products such as Windows and Xbox combined, this niche product is a great attempt by Microsoft to make up some serious ground on the old enemy.”

The Surface Book is a hybrid tablet with computing power similar to a laptop that also comes with a detachable keyboard and a stylus. They range in price from mid-$2000 to nearly $5000, which they can price out even Apple.

These creative new features – detachable screen, keyboard and stylus – were copied this year by Apple, seemingly in an attempt to stay relevant, The New Daily reported in September.

Despite this attempt at replication, it is Microsoft’s tablet, not Apple’s, that is the “next cool thing”, according to Mr Lin. It seems consumers see the creator of stodgy old products like Windows and Internet Explorer as the new innovator.

“There is a buzz about it with people in the know, those early adopters who often heavily influence the masses,” Mr Lin said.

“Apple has been stagnating for quite a while. People waiting for exciting things to come from Apple, continue to wait. As it stands, those ‘wow’ moments are not really coming.

“Microsoft took quite a while to come up with this device, but that time has paid off. It has become the next cool thing.”

Mr Lin rated its best feature as the fact it straddles both the tablet and laptop market, whereas Apple has mostly stuck to its original form, apart from the iPad Pro, which The New Daily reviewed poorly in early December.

“It is a very good laptop, but it is also a very good tablet. So you are not cheaping out on two-in-one, sub-par versions of both. You are getting a premium version of both,” he said.

A tech futurist agreed that this prediction was sound, but warned that Microsoft’s potential victory could be shallow. He predicted the death of tablets, not Apple.

“Overall, the sentiment is correct. The Surface Book is definitely outselling the iPad. It’s the first time Apple has been in decline,” futurist Morris Miselowski told The New Daily.

He agreed that Apple is not innovating its tablets, but predicted it would matter little, as consumers turn increasingly to beefed-up laptops and smartphones and well away from bulky touchscreens.

“The reality is, I think the entire sector of tablets is in absolute decline. Everything I’ve seen over the years and what I’ve seen recently tells me that. The biggest sales were in 2011 and they’ve dropped steadily ever since.

So if you’re hoping to stay cool in 2016, perhaps consider a Surface Book, or nothing at all.

This company ‘will win’ the tablet war