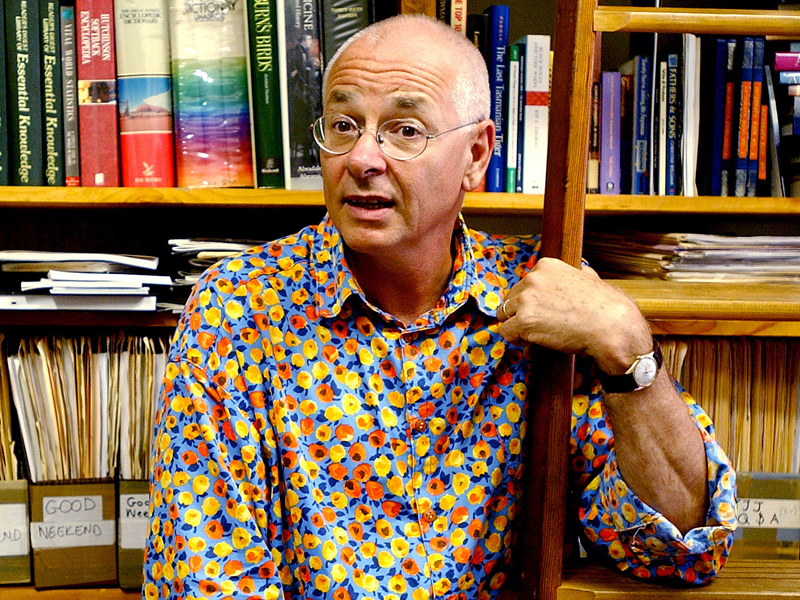 We are smarter than our parents, luckier than any other group of people in human history, with a treasure trove of information at our fingertips, yet we still fall for “outrageous crap”.

That’s the warning of Dr Karl Kruszelnicki, known affectionately to most Australians simply as “Dr Karl”, a marvel of modern science who seems to have more in common with the lab-grown superheroes and mutant geniuses of Marvel comics than our temporal world (not least because of his extravagant outfits).

With academic training in physics, astrophysics, mathematics, biomedical engineering, medicine and computer science, not only is Dr Karl armed and dangerous, he’s firing.

• Tim Flannery: the biggest surprise of the climate deal
• Lying to your doctor: this is why it has to stop
• There’s a cheaper, greener way to depart the world

His latest targets: charlatans, quacks, fakers and fraudsters, and the irrational, gullible masses who love them. In his new book, Dr Karl’s Short Back & Science, the brainiac tries his hardest to correct the wave of misinformation that flooded our screens this year, and every year. With the rise of social media, he is pessimistic about his chances of success.

“People have always been gullible, but what’s surprising now is that people are gullible in a time when we have access to the highest quality, accurate information ever in the history of the human race,” he tells The New Daily.

“People today will believe the very first thing that pops up on their computer screen or the screen of their device.

“If you’re walking into the local supermarket and there’s somebody lying on the ground in a pile of their own vomit with dogs licking at their wounds and they hand you a bit of badly typed-up paper, you’re not going to pay any attention to it. But if it appears on your computer screen, you’ll say, ‘Oh, obviously we humans never went to the moon and vaccinations, mobile phones, microwaves and diet cola cause cancer’.”

Why? Because we are silly, and the fraudsters are not.

“That’s part of the problem with climate change, because the fossil fuel guys have used their massive mountains of money to fund huge numbers of misinformation sites. And so if you go looking for anything on climate change, up pops the lies.”

Even the mainstream media comes in for a shellacking, both in Dr Karl’s book and in our chat.

“If you rely on the popular media as a basis of your knowledge, you’re setting yourself up for being lied to,” he says.

Part of the problem, he claims, is that journalists rely on shoddy sources of information and do inadequate amounts of research.

“There was a report about prayer and how prayer made people survive operations better and this was reported all across the media. So I got hold of the original paper; it cost me $30. I then spent two hours reading it. Basically, it was a bunch of fundamentalist Christians who massaged the data enormously.”

“The diet industry is the only industry that sells a product that fails 95 per cent of the time, and yet they still stay in business,” he says.

“Can you imagine if you bought a car, TV or phone that failed 95 per cent of the time? Would it still be in business? No.

“When I was studying medicine, I had a total of eight hours on dietetics. At the end of eight hours, I realised I knew nothing about dietetics. I now understand why people spend four years studying to become a dietitian. And yet you have people popping up in various parts of the media who have zero training telling people outrageous crap like ‘go for the Paleo diet’.”

It seems the good news is scant, and so are the solutions. According to Dr Karl, we should teach critical thinking more widely at all levels of schooling, exercise these skills more often in everyday life, invest the time in seeking out the truth and read beyond the first page of results in website search engines.

But don’t expect much to change. “I don’t know,” he says when asked for his panacea to all this rubbish.

“It’s too hard. Can’t solve all the problems of the world.”

Thankfully, it seems each generation is nine IQ points smarter than its predecessor, so perhaps we just need to give it some time.