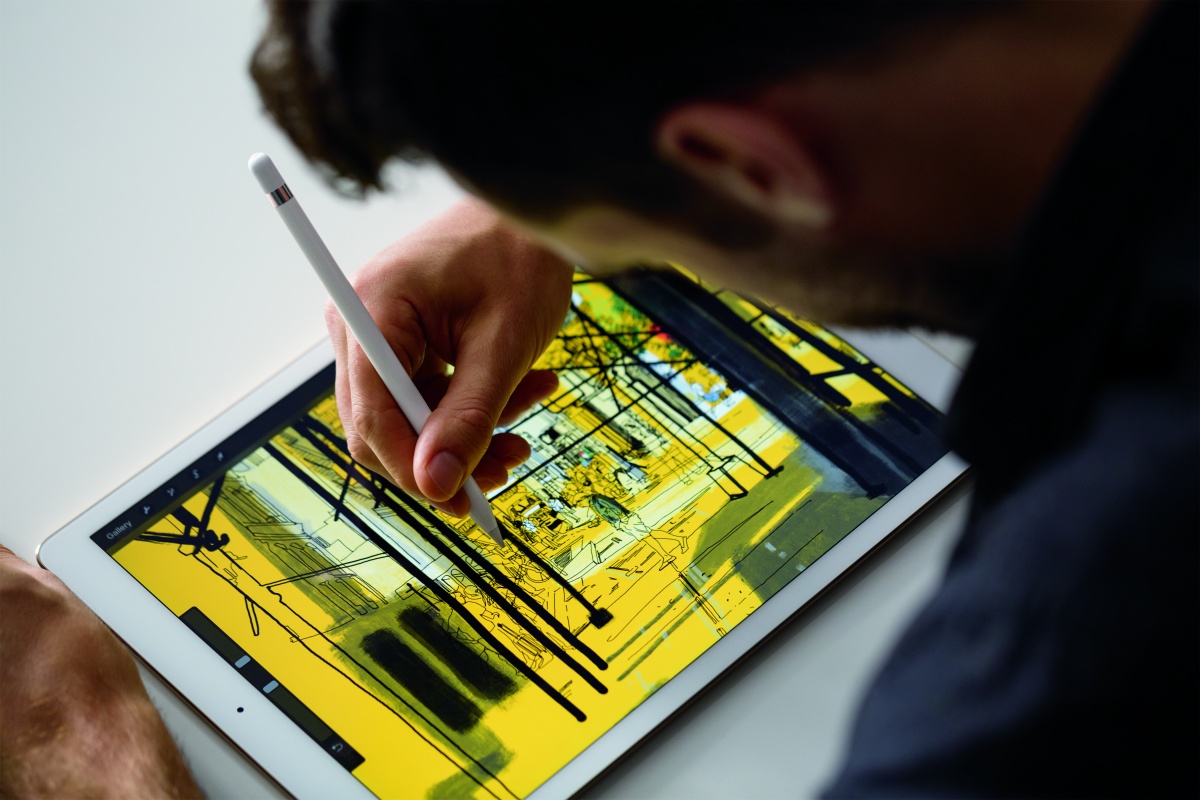 With a gloriously large Retina display and powerful processor under the hood, the new Apple iPad Pro is a strong entrant to the tablet world, but also one with limited appeal for anyone requiring the power and upgradability of a laptop or desktop computer – a common caveat for any tablet PC.

Like many Apple products, the iPad Pro is dazzling in its simplicity. It looks great, performs impressively and gives the best features of iOS 9 room to breathe.

But before we begin, let’s get one thing straight: just because the company has the marketing dollars to pitch their products in the face of every person on the planet, it does not necessarily mean they are for everyone.

No tablet, smartphone, laptop or desktop will be all things to all people, so expecting this product or any from any company to be so, is a fool’s errand.

The first thing you notice about the iPad Pro is the size. Sporting a large 12.9-inch Retina display, it feels a little oversized the first time you pick it up; the dimensions now closing in on most laptops.

With a maximum weight of 723 grams (WiFi and cellular model) plus its size, carrying around the Pro is a noticeably different experience to previous iPads. You get the impression that it’s really made for stationary use.

Indeed, after powering through a few episodes of Jessica Jones in bed, this reviewer found the arm strain from holding the Pro tiring. Expect to find yourself buying an additional cover stand.

The Pro’s new A9X processor is the most powerful processor in an Apple mobile device to date. We’re talking ‘edit three channels of 4K video’ powerful, which is an impressive leap from the iPad Air 2’s A8X processor.

From a memory point of view, Apple have ditched a number of options in favour of only 32GB and 128GB for WiFi models, and one choice for the WiFi and cellular model, 128GB.

These two factors alone give one the impression this tablet is aimed squarely at creative industries: video production, stills photography, design, illustration and animation.

This power also helps the Pro leverage iOS 9s multitasking features, like Split View, to run two apps, side-by-side – great for those who use a tablet for the lion’s share of their communications and entertainment.

Get the lead out

The new $165 Apple Pencil is not just a stylus for the iPad Pro. Slim and slender, it feels just like a high-quality pen and charges by plugging directly into the Pro’s Lightning port.

Tilt and pressure sensors mean users can adjust the hardness, depth or degree of the pen or brush stroke, offering creative control that would usually require a brush tip change in most software.

If you’re worried about lag, forget about it. It’s almost a non-issue, with the screen responsive to every draw and tap of the Pencil, at any level of pressure.

Yes, it’s impressive, but again, may only find extensive use in the creative community.

File management with iOS has always been a bugbear for many, with the system featuring all manner of compromises; some obvious, some barely noticeable.

Although cloud management has gone some ways to make this facet of using an iPad easier, iOS’ system for managing external files – basically, anything from an unsupported device – is still a pain in the Lightning port.

Apple and third-party app developers have done a lot to improve the flexibility of the system, and yet, unless you are a devotee of the House of Mac, you will likely find this aspect of the iPad Pro restrictive and inflexible.

Although the iPad Pro scores top marks for power and features, especially when working with other Apple devices, this tablet will not supersede your laptop.

The Pencil alone could entice creatives away from their laptop/desktop and graphics tablet workflow, but ultimately this will come down to the apps available and the features they offer.

For the rest of us, the iPad Pro is a luxury: one that offers a beautiful screen, power to handle intensive applications and a hefty price tag. Apple’s giant, expensive new iPad Pro is not for everyone