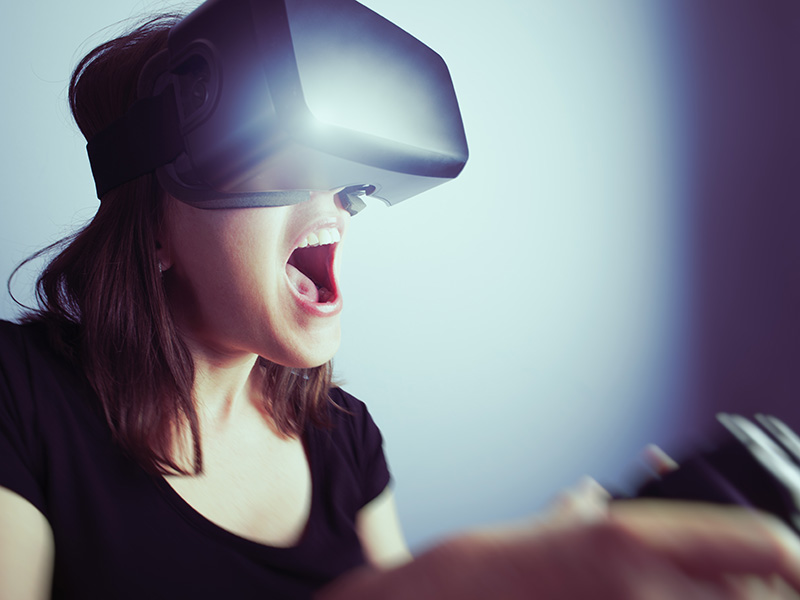 The past 12 months may have seen some amazing developments in the world of technology and science, but we’ve only seen the beginning of devices and technology that will revolutionise the consumer world.

As internet users the world over bleat about not having a real hoverboard yet (c’mon, really, anyone old enough to remember watching Back to the Future II at the cinema won’t have the knees for it anyway), other companies have been toiling away to create new and amazing ways to make our lives easier.

No surprise that wearable technology, virtual reality and smart cars will dominate tech in the year 2016, but there are still a few more surprises in store for us.

The humble tattoo gets an upgrade thanks to new ink that conducts electricity. Add a small electronic circuit and you’re an instant cyborg! Not quite, but by definition, that possibility is not far off.

Implanting electronic devices under the skin may have been around for a while, but this new tattoo, called Tech Tat, has been devised by tech development company Chaotic Moon Studios for a wide range of uses.

The conductive ink used actually sits on top of the skin and acts as the electric conduits for a connected device. Developed with medical use in mind, the Tech Tat would also allow all manner of non medical-related devices to be attached, like communications or remote control devices for appliances.

When it comes to clothing, innovation usually only occurs at the material or design level. Next year, however, you can expect the garments you wear to go through quite the evolution, thanks to smart features and intelligent design.

We already have smart sport clothing that features user feedback and stat monitoring, but you’ll soon enjoy the same features in normal clothing, along with connectivity enhancements – like built-in speakers and microphones – and unique personalisation abilities.

A new sneaker being developed by tech company ShiftWear gives the wearer creative control of the shoe’s artwork via special e-ink panels. Just fire up the accompanying app and change the artwork on your kicks to suit your mood. We see many parents trolling their kids when they send them to school with awkward family photos on their feet.

With tech developers Oculus Rift, Sony and HTC set to launch their Virtual Reality headsets in 2016 – Oculus Rift, PlayStation VR (formerly Project Morpheus) and The Vive, respectively – it appears life is about to get a whole lot less physical.

With many people whetting their whistle this year with Samsung’s Gear VR – a headset that utilises their Samsung smartphone to display games and video content via a head-mounted harness – the way is now paved for the full VR audio and video experience.

But don’t think VR is purely for gaming. In 2016 we’ll see this technology change the way we use personal computers and entertainment devices as well. While an experience for one it may be, you may never again need a TV or monitor once you own a VR headset.

Tech giant Intel is currently working on a wireless charging system for laptop computers, where charging stations (read: tables) will allow people on the go to charge their computer without needing a power outlet.

Think of it: no more hogging the only café table near a power point so you can slog through your essay or the latest World of Warcraft expansion, nor needing various power adapters when you travel overseas. It’s about time, we say.

If those in the taxi industry think Uber is the biggest threat to a driver’s livelihood, they’ve yet to reckon with driverless taxis.

With Volvo performing Australia’s first driverless car trial in November this year, we’ll see more driverless cars on our roads in 2016, changing the face of transportation in Australia forever.

What’s the roadmap (pun intended) for these automobile automatons?

If New York City is anything to go buy, driverless cars will take over the vehicle-for-hire business first.

The Mayor of NYC recently struck a deal with Google to get 5000 driverless cars on the streets by the end of 2016. Say goodbye to ‘short cut’ ripoffs and refusals for short trips.

Electronic books and magazines are only the beginning for e-paper – a thin, flexible screen with electronic ‘ink’, capable of displaying all manner of content.

Usually transparent, this high-tech material will soon be used for your daily newspaper, restaurant menus, foldable e-books, information displays at public locations and eventually dominate the smartphone market. Even the head of Samsung’s display division has made firm statements that a bendable smartphone is not far away. Look out for the first e-paper devices in 2016.

Delivery drones, McDonald’s restaurants run by robots and robot police patrolling US city streets are all in the pipeline, but in 2016 you can say hello to the social robot for the whole family, Jibo.

More a member of the family and less a high-tech tool, Jibo is a ‘human’ robot that can interact with and learn from anyone in your home, offering help, advice and assistance when required.

Naturally, communication is a prime function, but Jibo also handles general help functions like a boss – like switching on lights, ordering take away food or booking tickets for the next Oprah tour.

The first round of Jibos have already sold out, but join the waitlist and this cute robot could be yours soon!