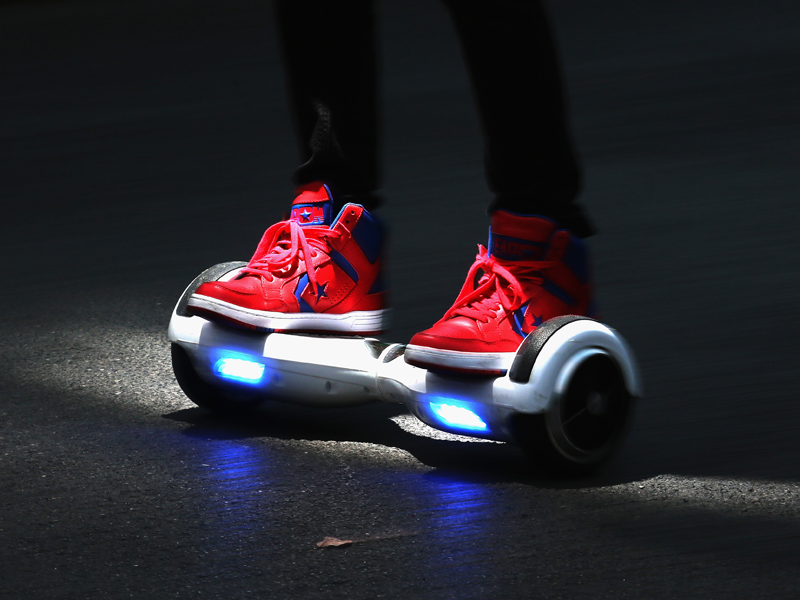 Hoverboards have caught fire in England, Hong Kong, the US - and now Melbourne. Photo: Getty

Inquiries made by The New Daily have prompted the nation’s electrical goods regulator to investigate the potentially illegal sale of dangerous ‘hoverboards’.

The hugely popular two-wheeled scooters, sold under numerous brand names, have spread widely to Australian streets, ridden mostly by teenagers and young adults, despite being illegal to ride in public in NSW, Victoria, South Australia, Western Australia and the ACT.

The New Daily warned on Thursday that the battery-powered toys may contain dodgy charging technology that can cause house fires, after consumer group CHOICE reported multiple blazes in England, Hong Kong and the US.

• Consumers be warned: don’t buy these hoverboards
• How to avoid the retail traps at Christmas time
• Apple’s next reported gamble has iPhone users outraged

After being made aware that some models of hoverboards claim to not automatically stop charging when their batteries reach full capacity, the Electrical Regulatory Authorities Council (ERAC) warned any such products would be illegal to sell in Australia.

“Products that don’t include overcharge limiting are non-compliant and could be dangerous and also, because it’s a non-compliant product, it is illegal to offer it for sale,” ERAC chairman Neil Fraser told The New Daily.

A review conducted by CHOICE revealed that at least one hoverboard product obtained in Australia comes with a Lithium battery charger that needs to be manually switched off after charging in order to prevent overheating. Similar scooters sold overseas without this safety feature have been blamed for causing house fires after overheating to the point of combustion.

Mr Fraser said that hoverboards, which he expected to be “big this Christmas”, would now be investigated to ensure consumers are not sold non-compliant, potentially dangerous products. If the ERAC investigation discovers such technology on Australian shelves, it has the power, via state-based regulators, to halt sales, enforce recalls and issue fines.

Mr Fraser’s advice was to only buy electrical products that contained the regulatory-approved mark on the packaging.

“Only buy from reputable suppliers and look for the Australian approval mark, which is a triangle with a circle and a tick in the middle. If it hasn’t got that, don’t touch it,” Mr Fraser said.

He also cautioned against buying the hoverboards online from overseas companies.

“Particularly if you’re buying online, you may get a unit that’s built for China that is certainly not suitable for use in Australia,” Mr Fraser said.

He confirmed that consumers who bought non-compliant hoverboards were not at risk of prosecution.

NSW Fair Trading, the regulatory body responsible for protecting consumers in that state, said it was also investigating the products based on overseas reports of fires, despite not yet receiving any complaints in Australia.

“Fair Trading has made contact with companies supplying these devices in NSW to get detailed specifications of the devices and make a technical assessment of their design and manufacture, particularly in relation to electrical safety,” a spokesperson told The New Daily.

“Fair Trading will ensure that any electrical components of the boards are safe and have any required approvals under the relevant Australian Standards.” This popular Christmas gift may be illegal in Australia