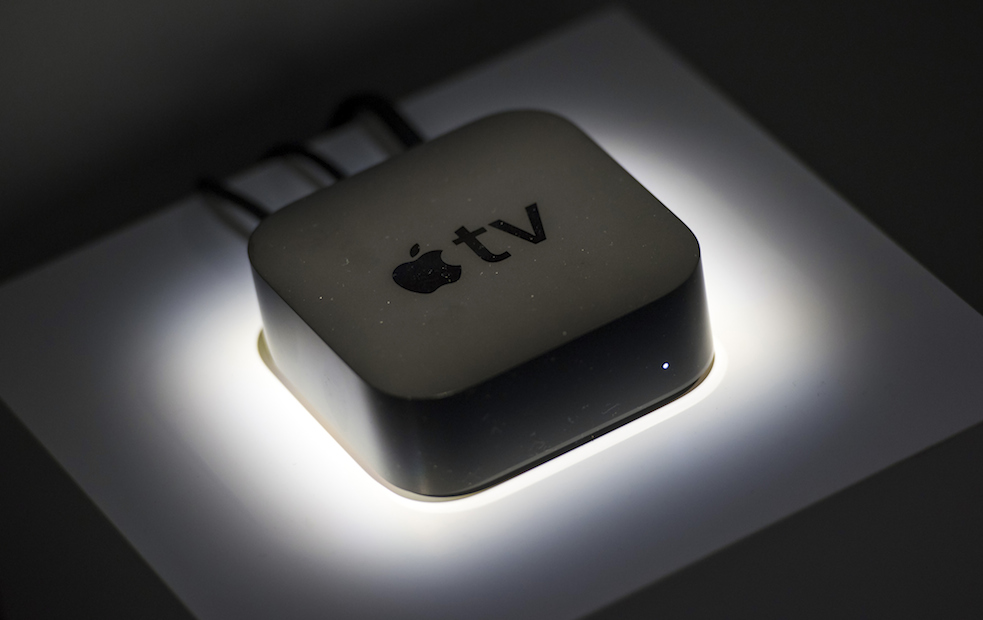 Apple has finally released the fourth generation of its media player and microconsole, the Apple TV, earning justified amounts of fanfare and a little derision in the process.

• Microsoft throws down the gauntlet to Apple
• iPhone 6s: finally a reason to switch to Apple

While the new Apple TV brings a host of welcome, and long overdue, updates – like universal search, voice control via the Siri Remote and the new TV app store – the slick façade belies a few flaws.

The user interface is slick and clean, and something existing users will be familiar with. What stands out most of all, though, are the major upgrades to functionality.

The biggest and best upgrade to the Apple TV is the Siri Remote.

Long has Apple laboured to improve their virtual personal assistant, and the fruits of their labour have truly made this device shine.

Incorporating a touch pad and handful of buttons, a quick press on the Siri button will allow you to navigate the system and search for titles by voice alone.

Siri also now understands natural phrases: for example, ‘show me movies with Pauly Shore’ or ‘I want to watch something romantic’.

As a cute touch, searching with quotes like ‘say hello to my little friend’ yields surprising and appropriate results.

One nitpick with the Siri Remote, is the press button mechanism used on the touch pad. Considering all the marketing and ceremony Apple recently pumped into 3D Touch – which allows users to access greater functionality with apps on the new iPhone 6s and 6s Plus – it’s a little surprising the same tech wasn’t incorporated into the new Apple TV’s remote. Imagine the added functionality that TV apps and games would have as a result.

Actually, two nitpicks: entering text details via the remote is a nightmare of back and forth cursor entry. You may well rue the day you decided to improve your online security with long passwords.

Despite the obvious lack of apps for existing Australian streaming media services, searching for movies and TV titles is surprisingly easy.

A quick search will offer artwork and titles for search results. Selecting a title then takes you to a comprehensive page that outlines more information you can drill down further into.

At present, only the iTunes Store and Netflix Australia’s libraries are searchable via universal search… boring! For other services you’ll need to fire up the appropriate app. Future expansion will see other services added to the fold, but don’t hold your breath just yet.

Annoyingly, there’s no doubt users in America will benefit more from this function, considering universal search delves into services like HBO, Hulu and Showtime – all currently geoblocked in Australia. As is often the case, Australia’s complex web of content rights deals will prohibit this feature ever truly reaching potential on our shores.

The Music app on Apple TV offers an infinitely better user experience than the diabolical desktop version of iTunes (seriously, someone burn it with fire).

Incorporating Apple’s subscription music streaming service as well as your own library (via home sharing), the clean interface makes navigating a dense library a breeze.

It’s a nice element, but if you aren’t rocking a decent home sound system, your TV’s speakers will likely pulverize your tunes.

Finally, with the addition of a dedicated TV app store comes a plethora of gaming potential.

Based heavily on iOS 9, the new tvOS utilizes the Apple TV’s fast A8 chip (the same used in the iPhone 6 and iPhone 6 Plus) and 2GB of RAM to deliver a powerful gaming experience.

Graphics and game functionality are both surprisingly good, with rich colours and smooth motion constant through even the most intensive applications.

But despite the power upgrade, the Apple TV will never challenge existing gaming consoles. Apple has introduced an app size limit, so expect games to remain light and fun.

The company has also stipulated all games must feature control via the Siri Remote, although the full potential of some games will only be unlocked when you buy a separate controller.

There’s no doubt that future updates will improve the Apple TV’s functionality but until this happens, along with more game developers and streaming media platforms getting on board, this new streaming media player is nowhere near its full potential.

If you currently use a number of devices to access various streaming media services on various screens, and want to look at a unifying solution, the new Apple TV is a solid choice that will get better with age. Is the new Apple TV really all it’s cracked up to be?