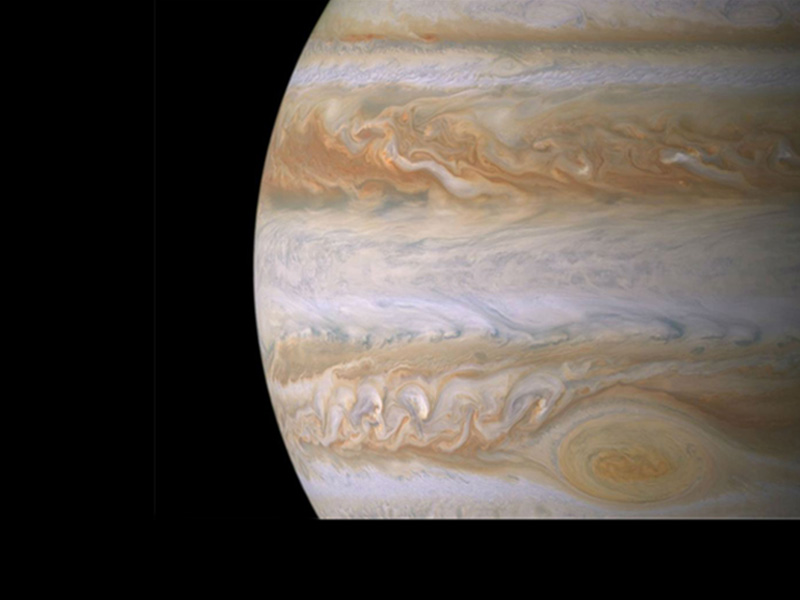 Even though Jupiter is 588 million kilometres away from earth, humans can now see the giant gas planet closer than we ever have before.

Thanks to new images released by the Hubble space telescope, NASA has also announced that the planet’s iconic “Great Red Spot” is shrinking.

The latest images showed the spot is 240 kilometres shorter than this time last year.

“Every time we look at Jupiter, we get tantalising hints that something really exciting is going on,” NASA planetary scientist Amy Simon, said.

“This time is no exception.”

The red spot is actually a giant “perma-storm”, the biggest in the whole solar system.Spanning the width of three entire Earths, the storm averages constant winds of 535 km/h.

That’s the same as a category 5 hurricane, according to Quartz.

The Hubble space telescope – responsible for the images – has been up in space for 25 years.

It celebrated its milestone in April this year, and NASA expect it to last for another decade at least.

“The collection of maps that we will build up over time will not only help scientists understand the atmospheres of our giant planets,” he said

“But also the atmospheres of planets being discovered around other stars, and Earth’s atmosphere and oceans, too.”

The images also illustrated an “atmospheric wave” in one of Jupiter’s belts.

This hadn’t been seen since the Voyager 2 probe passed by the planet many decades ago.

“Until now, we thought the wave seen by Voyager 2 might have been a fluke,” Glenn Orton of NASA’s Glenn Orton said in a statement. “As it turns out, it’s just rare!”

Here’s a video showing the planet as close as ever before: