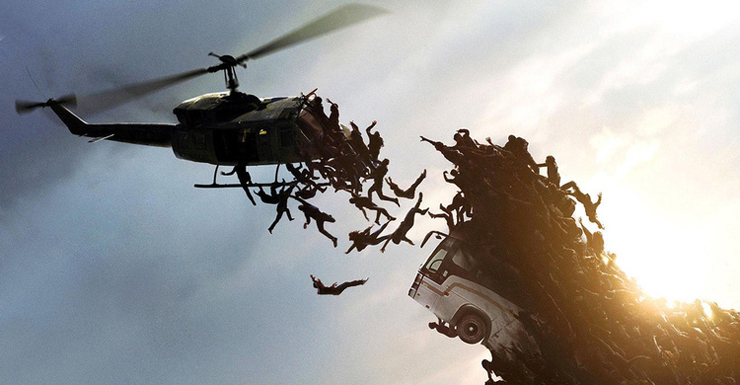 The average Aussie smartphone is clogged with ‘zombie apps’ that drain data and battery life, experts have warned.

A whopping 80 per cent of your apps have probably joined the world of the undead, according to Steve Molloy, author of How Apps are Changing the World.

You probably quit using them because they annoyed you with too many notifications (we’re looking at you, Facebook Messenger). Or because the app broke and stopped working. Or because you downloaded it with the intention of only ever using it once.

“Zombie apps are taking up space on your phone and hogging your bandwidth,” Mr Molloy told The New Daily.

“Right now, chances are, you’ve got a zombie app sitting on your phone.”

The problem with these forsaken applications is that they silently sap the life from our phones long after they themselves have died from neglect.

The zombies are winning

Zombies chew up precious phone resources by needlessly tracking your location, ‘thinking in the background’ and pushing through notifications you’ll just ignore, another app expert confirmed.

And chances are, you’ll do nothing about it, Appscore technical director Benny Sheerin said.

“If you don’t use it, then there’s no point for that to be happening.

“It’s very easy for users to deny permission for apps to do this, but users don’t do it.”

There is a simple fix

The problem of zombie apps can be “easily rectified”, Mr Sheerin said.

Either fully delete the app or individually switch off each of the permissions for each of the unused apps that could be using up your battery life with background synchronisation, push notifications and other unnecessary actions.

To switch off app permissions on an iPhone running the latest operating system (iOS 9), go to Settings and select Privacy.

For Android users, go to the Settings app, scroll to the Device subheading and then click on the Apps tab.

But all this mucking around with toggling was not app developer Steve Molloy’s preferred option. He recommended that you get rid of zombies entirely.

“Do yourself a favour and delete them from your phone,” Mr Molloy said.

“Not only will it help your phone function more efficiently, but if you’ve abandoned those apps because they don’t work well or because you don’t need them anymore, you send a clear message to their developers about just how useful you find them.”

Once you’ve purged your unused apps, it might be worth thinking twice before you download anything new, at least on an iPhone.

The price of Apple apps will reportedly increase by 15 per cent within days – a response to the plunging value of the Australian dollar.

All the more reason to be a judicious downloader.

—with reporting by Jackson Stiles Zombie apps sap the life from your smartphone